With the right regulations, renewables could supply 75% of the electricity in the NEM at times by 2025. 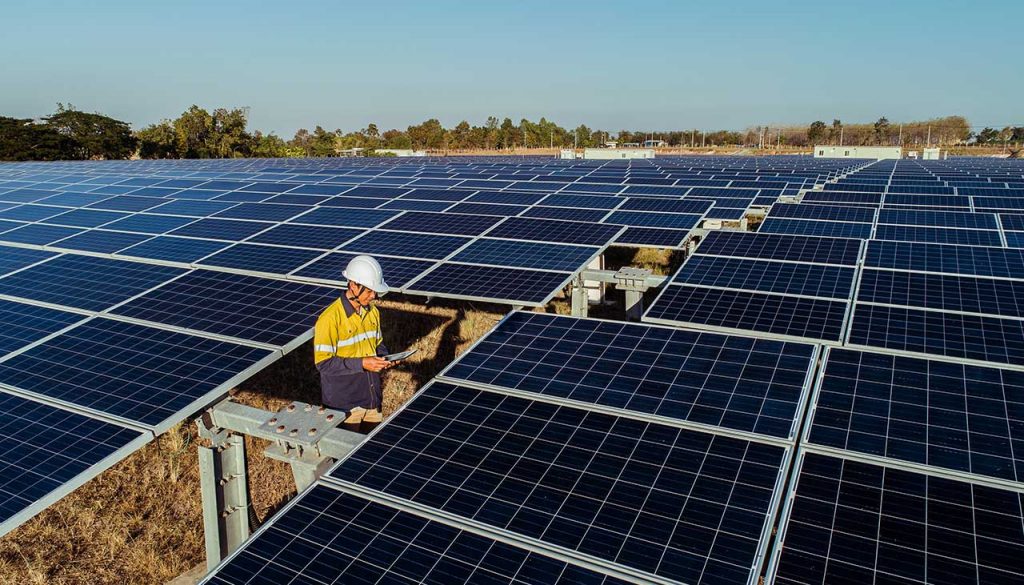 Worker at the large-scale solar farm at Emu Downs.

The Australian Energy Market Operator has laid out an action plan to prepare the National Electricity Market for a high share of renewable energy generation.

AEMO says that Australia already has the technical capacity for the NEM to reach 75 per cent renewable penetration, but that market and regulatory reforms will be needed.

With an initial focus on the actions needed between now and 2025, AEMO has released the Renewable Integration Study which recommends prioritising the delivery of the Energy Security Board’s post 2025 market reforms, new policies to maximise the contribution from rooftop solar and construction of the transmission resources identified in AEMO’s Integrated System Plan.

Despite their forecast showing wind and solar could provide three quarters of electricity at times, AEMO CEO Audrey Zibelman warned that they will be forced to cap renewables at 50 to 60 per cent of the supply without market and regulatory reforms.

“The Renewable Integration Study makes it clear that today’s operating approaches and market frameworks are becoming less effective as the NEM continues its transformation to world-leading levels of renewable generation”, Ms Zibelman said.

“Australia already has the technical capability to safely operate a power system where three quarters of our energy at times comes from wind and solar energy generation.

“However, to do so requires changes in our markets and regulatory requirements, otherwise, AEMO will be required to limit the contribution of these wind and solar resources to 50 or 60 per cent of electricity supply at any point in time, even though they are the lowest cost way of providing electricity,” she said.

AEMO highlights that in some regions Australia has already achieved world-leading levels of renewable generation, predicting that the 17 GW of wind and solar in the grid today could rise to 27 GW by 2025.

“Given the pace and complexity of change in the NEM, the study highlights the need for flexible market and regulatory frameworks that can adapt swiftly and effectively as our understanding of the changing power system evolves. This is going to be particularly important in the areas of technical standards and frameworks for sourcing essential system services,” she said.

A second interconnector with Tasmania... Read more
System security and reliability
View all related stories
Follow Us
Back to top