Electricity giant to demonstrate grid-forming technology in the outback. 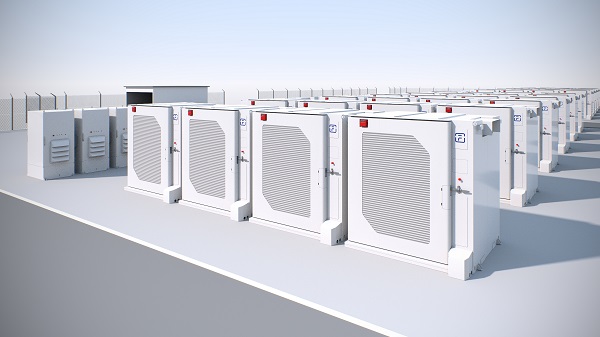 AGL has announced plans to build a grid scale lithium-ion battery in the remote city of Broken Hill in central west NSW.

The 50 MW/50 MWh system will provide electricity storage to power homes and businesses in Broken Hill and support the uptake of renewable energy in the region.

Equipped with advanced grid forming inverter capabilities, the battery will be able to provide essential system services traditionally supported by coal and gas.

ARENA is supporting the $41 million project with $14.85 in funding. AGL will own and operate the battery system. Fluence will supply the batteries, while Valmec will be responsible for the balance of plant.

While synchronous forms of generation like coal and gas provide inertia and system strength to the electricity grid, the transition to inverter based sources like wind and solar requires new solutions.

Large scale batteries equipped with advanced inverters which grid-forming capabilities offer a solution to this problem. Grid forming batteries are able to quickly respond to large fluctuations on the power grid and provide system stability services.

Broken Hill is an ideal candidate for testing advanced inverter technology, as its fringe-of-grid location leads to low system strength.

The city is connected to the rest of the NEM via a single 260km transmission line to Mildura. The local Broken Hill Solar Plant and Silverton Wind Farm supply the region with renewable energy, but don’t improve system strength.

“As Australia moves forward with its energy transition, we know that firming technologies like batteries play an important role in energy storage and supporting the energy supply,” Mr Brokhof said.

“Broken Hill’s unique edge-of-grid environment provides an ideal location for this advanced inverter technology to demonstrate how it can facilitate further penetration of renewable energy generation and add to the stability of the wider electricity network.”

The Broken Hill battery comes after ARENA announced a $100 million funding round to support the deployment of grid-forming batteries in Australia.

ARENA CEO Darren Miller said the next step for large scale batteries is to show their capabilities in strengthening the grid as more renewables come online.

“Large scale energy storage is a priority technology for the Australian Government’s Technology Roadmap, and a key focus area for ARENA.

“’Big batteries are already becoming critical to our electricity system, but we know with grid forming inverters they can provide system strength services traditionally provided by thermal generation.

“We are particularly interested in seeing how AGL’s Broken Hill battery will utilise and demonstrate advanced inverter technology in a weaker section of the electricity grid” Mr Miller said.

AGL’s Broken Hill Battery is set to be completed in 2023. Expressions of interest for ARENA’s Large Scale Battery Storage round close on 31 March 2022.

A trial of forecasting technology has... Read more
Battery storage
The cheap, abundant substance that could revolutionise how we store energy image