A major new report says four decarbonisation technologies, combined with renewable energy, can help the alumina industry to cut its carbon emissions by up to 98 per cent. 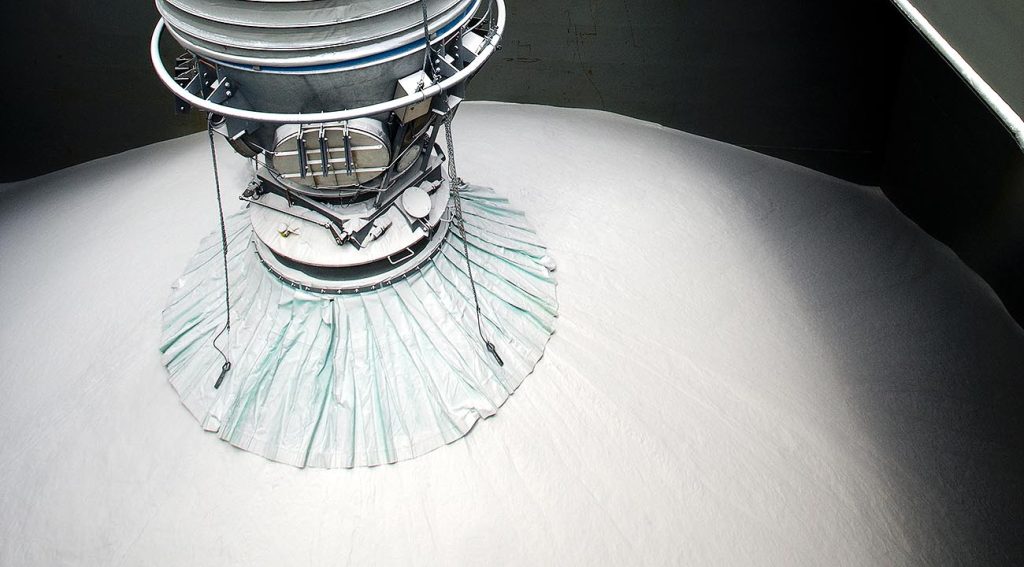 Did you know? Naturally occurring alumina crystals are called corundum, a mineral second in hardness only to diamond. Rubies and sapphires are corundum crystals contaminated with traces of metals.

Australia is the world’s largest exporter of alumina. In fact, the industry contributes about $7.5 billion to the national economy every year.

But it is also very energy and emissions intensive.

Each year, Australia’s six alumina refineries, four in Western Australian and two in Queensland, use more than twice the energy consumed by the state of Tasmania. Alumina refining is responsible for up to 3 per cent of Australia’s annual emissions.

But transitioning alumina refining to renewables is not easy.

A major new report, A Roadmap for Decarbonising Australian Alumina Refining, confirms both the importance of alumina refining and its difficult path to decarbonisation.

“The alumina industry plays an integral role in the Australian economy, but it is also one of Australia’s ‘hard-to-abate’ industries.”

ARENA CEO Darren Miller described the roadmap as “an important call to action”.

“Decarbonising the alumina refining sector can further improve Australia’s international competitiveness, strengthen its position as a leading producer of low emissions alumina and aluminium and secure the jobs and economic benefits from the sector,” Mr Miller said.

There are three main steps in the aluminium production value chain:

Alumina refining: Refined alumina is an oxide of aluminium and looks like refined sugar or table salt. Australia is the world’s second-largest producer of alumina and its largest exporter. Alumina is mostly used to make aluminium but it also has many other uses such as glass, porcelain and paint manufacturing.

Aluminium smelting: Australia is world’s sixth largest producer of aluminium. After iron and steel, it is the world’s most widely used metal with applications too numerous to mention.

But alumina refining relies on fossil fuels to provide both heat and electricity. There are currently limited viable alternatives, which means the industry needs to look to innovate solutions.

The roadmap highlights credible pathways towards cutting emissions from alumina refining by up to 98 per cent.

This process captures, recompresses and recycles waste steam that would otherwise vent to the atmosphere.

Renewable electricity powered MVR could reduce emissions in alumina refining by up to 70 per cent.

In May 2021, ARENA announced $11.3 million in funding to Alcoa to demonstrate the MVR technology at its Wagerup alumina refinery.

This $28.2 million project is a first-of-its-kind demonstration of MVR technology in Australia. If proven feasible, Alcoa will deliver a 3 MW MVR module, powered using renewable energy.

MVR could be ready to be for deployment from the late 2020s.

Low temperature electric boilers are a mature technology that could be deployed at some refineries before 2030.

However, there is a caveat. According to the roadmap, “Electric boilers have higher operating costs than current fossil fuel fired boilers.”

“Access to low-cost renewable electricity or other financial support mechanisms are required to make this technology economically viable.”

Providing the necessary electricity supply infrastructure and fitting it into existing sites may prove challenging.

Combusting hydrogen with a stream of oxygen produces a pure steam exhaust. The Bayer process can capture and reuse that steam when combined with MVR.

ARENA is providing $580,000 funding towards a feasibility study at Rio Tinto’s Yarwun alumina refinery in Gladstone. Launched in 2021, the study is examining the case for constructing a hydrogen pilot plant and the potential use of hydrogen at the refinery.

Rio Tinto is investigating replacing natural gas with hydrogen in the calcination process, and retrofitting hydrogen burners in its existing calciners.

Hydrogen calcination is seen as a longer-term prospect, which could be ready by 2035.

Removing chemically bound water from the alumina crystals also produces pure steam. In combination with MVR, a refinery can capture and reuse that steam.

However, electric calcination is at a low level of technical maturity and will require significant support to commercialise with potential deployment from 2035 onwards.

In April 2022, Alcoa announced it will demonstrate electric calcination technology at its Pinjarra Alumina Refinery. ARENA is providing $8.6 million funding support to the $19.7 million project. The Western Australian Government is also contributing $1.7 million through its Clean Energy Future Fund.

This project is a world-first demonstration of electric calcination.

Alcoa’s main objective for the project is to demonstrate the technical and commercial feasibility of using electric calcination technology powered by renewable energy.

Mr Miller says the roadmap provides a clear vision for decarbonising one of Australia’s most emissions intensive industries.

“Alumina refining has always been considered a hard-to-abate sector with significant barriers to reducing emissions,” he said.

“Now, we have Australia’s biggest alumina producers coming together with ARENA to develop a clear and credible pathway to reducing emissions in the industry.

“With just four key decarbonisation technologies currently in development to reduce nearly all emissions from Australian alumina refineries, what we need now is coordinated investment to accelerate the commercialisation of these technologies,” Mr Miller said.

Would you be more likely to buy a pro... Read more
Renewables for industry
EDITORIAL: The Distributed Energy Revolution image

Could cheap, plentiful supplies of re... Read more
Renewables for industry
View all related stories
Follow Us
Back to top