The extraordinary series of events that created high power bills over the past decade – more than doubling for some households and businesses, including a 20 per cent leap this year alone – has caused plenty of angst and prompted no end of finger-pointing. 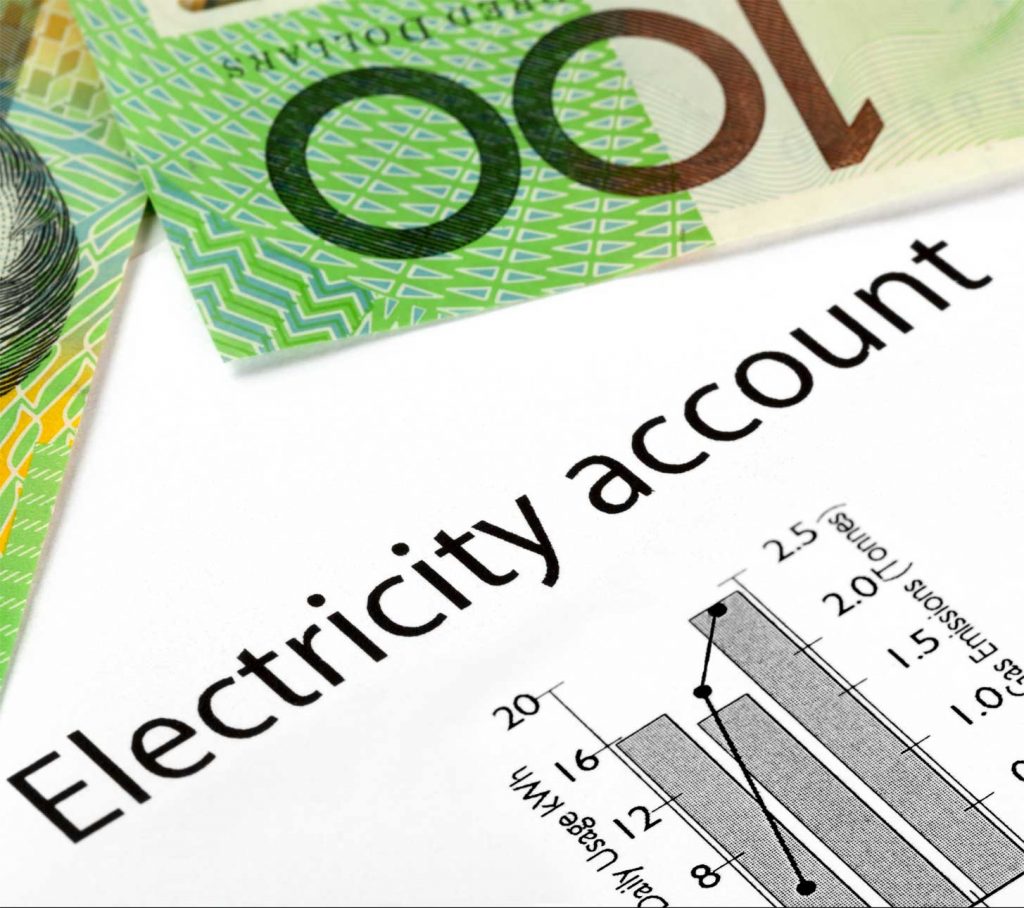 Experience high power bills? Getting a handle on what is responsible, and to what extent, has not always been straight-forward.

The blame is sometimes pinned on renewable energy, which has increased significantly from a low base during that time.

Where it was less than 10 per cent of national electricity, mostly from hydro-electric schemes in the Snowy Mountains and Tasmania, it is now approaching a fifth of generation in the National Electricity Market (NEM).

But renewable energy is far from the only culprit – and certainly not the main one. In the midst of so much misinformation it’s important to consider the facts. Power bills are made up of several parts. All have gone up, some by more than others.

What influences an electricity price rise?

If we go back a few years, the biggest contributor by some distance has been a substantial increase in network charges, reflecting money spent on the poles and wires that carry the electricity from power plants to our homes and businesses.

According to an analysis by the Australian Competition and Consumer Commission based on data released by electricity retailers, it has been responsible for about two-fifths of high power bills over the decade.

Why? For a start, network companies based investment decisions on forecasts projecting that demand for electricity would continue to rise. The forecasts were wrong – demand flatlined, and in some cases dipped, for several years as some manufacturing businesses closed, and consumers became more energy efficient and installed solar panels. Combined with high capital costs in the wake of the global financial crisis, it led to what has been described as “gold plating” – expensive investment, mainly in NSW and Queensland, far beyond what several analyses later found was necessary.

At the same time, mainly state-owned transmission and distribution companies successfully appealed against attempts by the Australian Energy Regulator to limit the investment that could be passed on to consumers. Some, including ACCC chairman Rod Sims, believe the regulator should have had greater power. Recent rule changes mean future proposed hikes will be less easy to get through, but the price increases already built-in remain.

What causes electricity prices to rise?

Right now, the biggest factor pushing up prices is the cost of electricity generation, which has spiked in the past year.

More than spiked, actually – it has basically doubled since the closure of the Northern coal plant in South Australia last year and Victoria’s ageing, failing Hazelwood station in March. The end of those two large generators followed another ten old and mostly small generators being decommissioned in the past five years. All up, about a fifth of the country’s coal capacity has shut.

Where there used to be some slack in the system, the gap between supply and demand at peak times is now much tighter. It has made the market far more prone to wholesale price surges if an individual generator breaks down (which happens often, given the ageing fleet of coal generators), or an operator decides to withhold their electrons from the market until demand rises.

READ MORE: BASELOAD? DISPATCHABLE? WHAT MEANS WHAT IN THE ENERGY DEBATE

As the supply has tightened the NEM has become more reliant on natural gas-fired power plants – just as the price of gas has gone through the roof. Because most of the gas produced in eastern Australia is sold offshore and (to a lesser extent) there are moratoriums or effective moratoriums on gas exploration in parts of the country, local consumers are paying a premium sometimes beyond prices on the international market.

Not that long ago, gas cost $3-$4 a gigajoule. Earlier this year, the Energy Users Association of Australia said that, in an extreme case, one of its industrial members had been asked to pay $23 a gigajoule. More commonly, contracts are being offered to big gas users and power plant operators at between $10 and $16, while prices on the spot market dip below $10 – still at least double what was paid under contracts that are currently expiring.

As the most expensive fuel that we rely on to create electricity to meet our needs, gas is increasingly determining the wholesale price that generators are paid.

There are a couple of a ways this could be addressed. Firstly, more gas could be injected into the domestic market, whether through limiting the amount that can be exported or carving out part of what is produced for local use only to make more available. It also wants NSW (which has gas reserves) and Victoria (which may not) to open up their states for exploration and development. This would take years to flow through even if they were to relent.

Secondly, the parliament could agree to an energy and climate policy with bipartisan support. In his advice to the federal and state governments on electricity security earlier this year, Chief Scientist Alan Finkel said the industry needed policy stability to give it the confidence to invest in new power plants. His recommendations included a clean energy target. It is not yet known if the government will adopt it, adapt it or ignore it. It has promised a response before the end of the year.

For completely unrelated reasons, retail costs have also risen. This is the part of a power bill that several investigations have found is the hardest to monitor, and the least transparent to consumers. The ACCC found it is responsible for nearly a quarter of the increase over the decade.

The deepest examination of this has been in Victoria, which was the first state to deregulate electricity pricing. Think tank the Grattan Institute found retailers’ profit margins in the state were about 13 per cent – more than double the norm for utilities. The companies rejected this, saying they have been forced to spend more on marketing due to increased competition.

READ MORE: THERE’S A LOT OF TALK ABOUT ENERGY. HERE ARE SOME FACTS

While retailers offer a range deals, the Grattan Institute found the system was so complicated that many consumers did not understand what savings they could make and just gave up. A subsequent Victorian parliament- commission review, headed by former deputy premier John Thwaites, found nearly a quarter of customers paid at least $500 more than necessary.

A study by the state’s Essential Services Commission found so-called discount deals often weren’t – in some cases they actually cost more than non-discount offers. Commission chairman Ron Ben-David told Fairfax Media that, rather than a competition between retailers for customers, energy industry had become a gamble, pitting consumers against the industry. He called on the government to consider regulatory intervention.

The Thwaites review suggested the situation was not as bad as Victoria in other states, but the ACCC pointed to some similarities. They include the high concentration of ownership – three companies share 70 per cent of customers. ACCC chairman Rod Sims says it can make it difficult for others to compete.

After meeting with Prime Minister Malcolm Turnbull last month, retailers agreed to write to customers to explain they were eligible for a discount. The Victorian government is due to respond to the Thwaites review later this year.

Last, and least, among the factors pushing up prices is “green schemes”.  These programs – together, are responsible for about one-sixth of high power bills. They include:

Despite some claims, they don’t include much from existing state and territory renewable energy targets – unless you’re in the ACT. It is on track to reach its goal of 100 per cent renewable energy, and has the lowest bills in the country. Victoria is now legislating a target (the bill is before its upper house at the time of writing), but goals in other states are purely aspirational.

Not only is the impact of renewable energy less than its prominence in public debate would suggest, but analyses – including by climate sceptic businessman Dick Warburton, commissioned by the former Abbott government – have found the renewable energy target will help soften price rises by increasing competition in the NEM.

Investment in clean energy stalled earlier this decade when there was doubt over whether the renewable energy target would continue, but there are now projects worth more than $8 billion being built. Increased generation capacity will help cut the soaring wholesale price, offsetting the cost of the target itself.

This will go only so far – eventually more old coal-fired plants will shut. Experts from Finkel down say policy certainty beyond 2020 is needed to spark further investment in replacement plants and energy storage to provide reliability, limit price rises and help Australia meet its climate targets.

There are other factors at play that make predicting the future difficult. To take one example: a significant chunk of what consumers are charged is to ensure the grid can deliver at peak times. The exponential rise of solar panels – now on more than 1.7 million homes – combined with the expected growth in home battery packs is expected to reduce this. So is the introduction of demand response programs, which offer a cash incentive to businesses and consumers who make themselves available to briefly turn off the power at times of stress on the grid (usually in periods of extended extreme heat). ARENA will soon announce the results of a three-year, $30 million trial demand response program it is running with the Australian Energy Market Operator.

Both home generation and demand response should limit the need to invest in expensive new plants and networks. They make projections of future electricity demand – which has already levelled off over the past decade – difficult.

The same applies to costs.

Investment manager Justin Punch has b... Read more
General
ARENA and friends take over the corridors of power image