A new report has found that Australia is installing renewables at world-leading pace and is on track to ‘significantly’ exceed the 2020 Renewable Energy Target (RET). 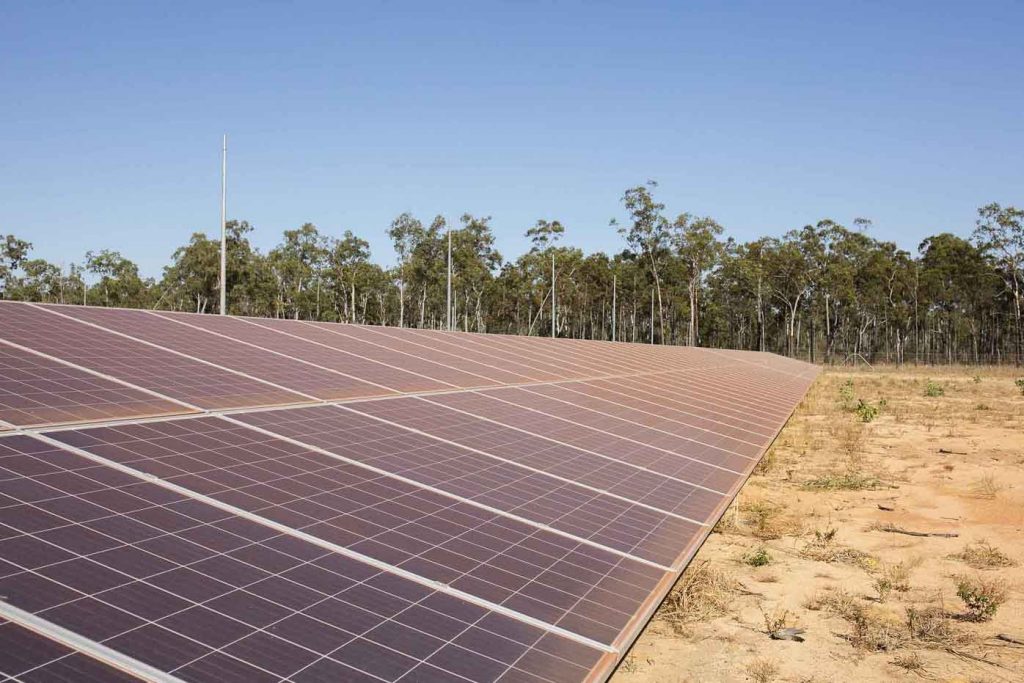 The Government’s Clean Energy Regulator released The Acceleration in Renewables Investment 2018 report in late July, finding that Australia is installing more renewable generation per capita than any other country.

Factoring in the 1.5 GW of small-scale rooftop solar capacity added, almost 5 GW of renewable capacity was installed across Australia during 2018.

On the back of solar and wind becoming the cheapest form of new generation available, the regulator expects that demand for renewables will continue to grow even once the RET reaches its 2020 deadline. Commercial energy users are already benefiting from renewables through power purchase agreements with retailers or directly with generators – a market that is expected to grow as the RET winds down.

“In May 2018 we said there was enough capacity built or committed to meet the 2020 Large-scale Renewable Energy Target,” David Parker said.

“From May to December 2018 there was an additional 3766 megawatts of firmly announced projects. This suggests that 2018 was the year in which commercial factors became a stronger driver for ongoing investment in renewables than incentives coming from the Large-scale Renewable Energy Target.”

Despite the short winter days, Australia’s booming solar industry is helping renewables to claim a strong share of the energy mix.

Green Energy Markets latest report shows that wind, hydro and solar provided 22.3 per cent of all electricity during the month of June.

Across the month, renewables supplied more than 30 per cent of electricity generation in the middle of 20 of the 30 days. The renewable share of generation reached a record of 39.2 per cent at midday on June 30.

The contribution from both wind and solar is up significantly in recent years, with wind generation growing by 25 per cent since June 2017, and the output from solar doubling in the same period.

At the other end of the spectrum, renewables supplied between 10 and 20 per cent of the electricity market at the lowest point, typically between midnight and 6am.

Shifting focus away from generation

On the back of strong growth in renewable generation, focus is shifting to the other important aspects of the energy transition.

Speaking at the Australian Clean Energy Summit’s panel on the role of government, ARENA Chief Operating Officer, Nicola Morris, emphasised that with so much new generation coming into the system, the focus of government agencies like ARENA is shifting to find the best ways to integrate renewables into the grid, and ensure the system remains secure and reliable.

To this end, ARENA has in recent years been focussed on funding utility scale energy storage projects. To date these have included included grid-scale batteries and pumped hydro feasibility studies, projects focussed on how to harness distributed energy and improve short term forecasting, and the agency is turning its attention to transmission and Renewable Energy Zones.

At the Summit, Energy Security Board chair Kerry Schott warned that a tightening of supply in the electricity market in could even trigger the Federal Government’s new Retailer Reliability Obligation in the years ahead. Schott said that an AEMO report due for release in August will indicate whether there will be a shortage of generation across New South Wales, Victoria and South Australia that could trigger the reliability obligation, which came into effect on July 1.

Ahead of the Summit, the Clean Energy Council surveyed a group of leaders from across the industry to gauge their current investment confidence. The Clean Energy Outlook – Confidence Index found that confidence has dropped since the last survey in late 2018, although most of those surveyed still expect their company to be employing more people in 12 months time than today.

Look up, for a second. If you’re in... Read more
Solar PV R&D
Planning for the future with solar forecasting image

Planning for the future with solar forecasting

Given the supply of energy from solar... Read more
Solar PV R&D
The secret to a truly ‘noteworthy’ solar cell, brought to you by CSIRO image

Solar gardens, that allow you to own ... Read more
Solar PV R&D
View all related stories
Follow Us
Back to top