There are few images more identifiably Australian than the lush green sugarcane fields of northern Queensland as trucks wait to gather their sweet harvest. 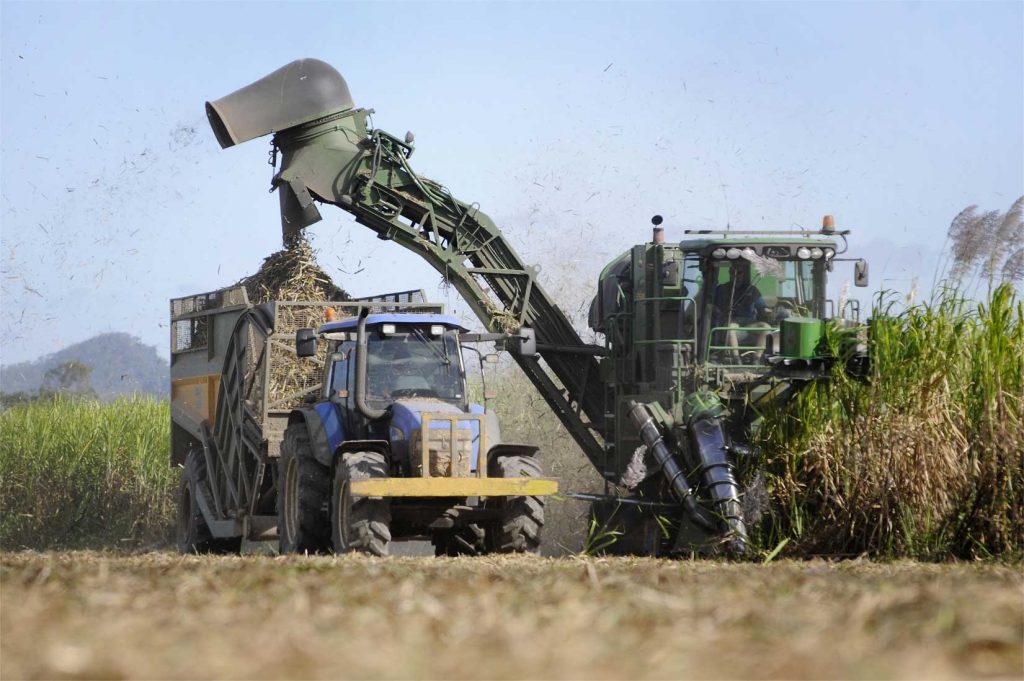 Sugarcane farming is one of the iconic industries of the tropical and subtropical north.

It’s worth over $2 billion to the Australian economy and is our second largest export crop (trailing only wheat).

But sugar also has a waste problem.

While 30 percent of the crop yields sugar products, accounting for 95 percent of the revenue, the other two thirds left after harvest has little economic value and is largely treated as waste.

But what if these residues, known as bagasse, and leftover leaf material which is called “trash” – could be transformed into part of the harvest?

That’s a problem that Professor Ian O’Hara, a Principal Research Fellow in the Centre for Tropical Crops and Biocommodities at Queensland University of Technology, is trying to solve. His project seeks to convert trash into biofuels, which can then be used in transportation.

In a neat twist, the trash left over from the sugar refining process could soon be fuelling the trucks and machines that help carry the process out.

While the industry is already diversifying, producing enough renewable energy to supply surplus electricity to the grid, it is also a significant consumer of fossil fuels (which produce greenhouse gas emissions) in the growing, harvesting and transport of cane.

The QUT project aims to reduce, if not eliminate entirely the use of fossil fuels in cane production by turning the trash into biomethane.

O’Hara explains that the combination of cane residue and leaf matter comprises valuable feed stock for fuels such as ethanol, or can be made into oils. In this project, the focus is on converting the residues into biomethane or biodiesel.

ARENA has contributed $2.1 million towards the $5.7 million total cost of the project. Other partners include Griffith University, Utilitas and Sunshine Sugar.

O’Hara says that biomethane is similar to compressed natural gas. “It can be used in cane transport or farm machinery as a replacement for diesel, providing a fuel product created from their own wastes, and so saves the farmers money in the milling and the farming process.”

This means it’s not just an innovative solution to an environmental issue, but an economic one: a win-win all round.

But isn’t methane a potent greenhouse gas too?

Yes – but, as O’Hara says, while the methane is burned in a vehicle’s combustion engine (emerging as carbon dioxide), it’s quickly absorbed back from the atmosphere by the next year’s cane crop. “So it’s a short carbon cycle. We don’t create any additional carbon dioxide.”

Sunshine Sugar’s Daniel Rojo says that while the industry already produces renewable energy from bagasse, trying to find an alternative use for cane trash has been on the industry’s agenda for well over a decade.

“[At the moment] it’s a waste of a product that we can utilise, and our diversification projects are designed to maximise our return on everything we produce,” he says.

Rojo says that one advantage the cane industry has is the short transport distances from field to mill, which make it possible to replace diesel with biogas.

“Our average haul distance is only 40 kilometres, so the trucks don’t need massive tanks to hold the gas.”

Sunshine Sugar CEO Chris Connors says that the industry’s sustainability will be increasingly reliant on such diversification, rather than just producing sugar crystal.

“When you look at sugar cane there are a myriad of products that can be produced from the sugar cane trash. There are opportunities right across all of the process streams – cane, trash, fibre, all of the different juices and syrups both in milling and refining.”

Sugar by the numbers

As well as reducing its carbon footprint, this diversification has the potential to massively increase the industry’s profitability. O’Hara says that the biofuels market is currently growing at a compound annual growth rate of 16 percent, with a US$1.8 trillion market predicted by 2025. A QUT-funded Deloitte study says that could be worth an extra $1.8 billion to Queensland’s GDP, sustaining over 6500 jobs.

While the project is still in the research and development stage, O’Hara says the project has significant medium-term potential. The project is planned to move from the laboratory into the field by the end of this year, with a recommendation on whether to expand the technology on a commercial scale by 2019.

“What we’re seeing so far are some very encouraging signs that this technology will be of commercial value,” O’Hara says. “This would be a great way for the industry to use technologies that are fairly well understood to both solve an issue they have, in terms of the trash, but also then to create new revenue from that waste.”

Liquid fuel that can be blended with ... Read more
Bioenergy / Energy from waste
View all related stories
Follow Us
Back to top