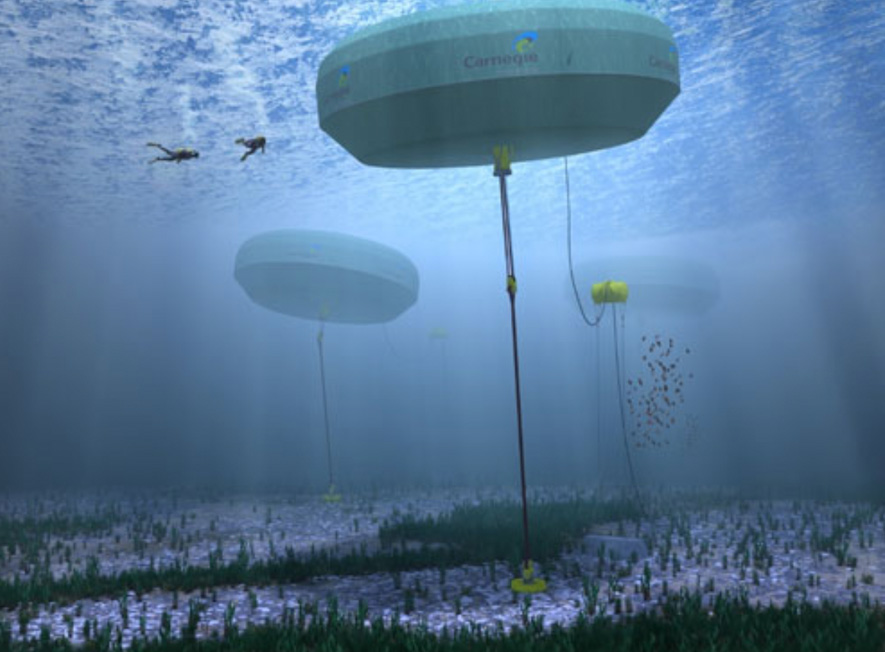 It’s an enticing prospect and one that Australian company Carnegie is hoping to make a commercial reality as it announces that a new wave energy project as well as a National Wave Energy Research Centre will go ahead at Albany, on the Western Australian coast.

The project, which has been more than five years in the planning, will now go ahead with the Western Australian Government committing $15.75 million after the local company won out in a competitive tender process.

A further $3.75 million has been granted by the WA Government to the University of Western Australia to establish the research centre, which will attempt to build on Carnegie’s project to position Australia as a world-leader in this emerging form of renewable energy generation.

The Wave Energy Research Centre will bring together more than 30 researchers, extending on Carnegie’s work in wave, tidal and offshore wind energy. It represents a significant bet by Western Australia on the exciting possibilities offered up by wave energy converters, which have existed for decades but are still finding their sea legs as a commercial-scale form of power generation.

In order to help make the project a reality ARENA has granted conditional approval for Carnegie to relocate the remaining $11.7 million from ARENA funding of $13 million that was originally allocated to deploy its next generation CETO 6 at Garden Island.

How does the wave energy work?

The Albany Wave Energy Project will be the first demonstration of Carnegie’s CETO 6 technology in Australia. The Project will design, manufacture and install a CETO 6 unit in Carnegie’s existing licence area offshore from Albany during the 2019/2020 summer.

From a distance, as it bobs up and down, the CETO units look like giant robotic jellyfish. In reality, it is a fully submerged buoy (known as a Buoyant Actuator). While previous versions have been tethered to a pump on the seabed, the CETO 6 will have its pump inbuilt, resulting in a much larger unit with a diameter of 20 metres.

Carnegie’s CETO 5 device, which was installed and commissioned in late 2014 was also supported by ARENA under the Perth Wave Energy Project (PWEP). That project was the first array of offshore wave power generators to be connected to an electricity grid anywhere in the world and completed 14,000 cumulative operating hours, the highest ever recorded in the global wave energy industry.

The CETO 5 oscillates in harmony with the ocean’s waves, transferring energy through a tether (a marine grade rope) and causing a pump to extend and contract. The pump pressurises fluid which is then sent onshore through a subsea pipeline. Once onshore, the high-pressure fluid is used to operate an off-the-shelf hydroelectric power plant.

The current model CETO 6 works differently, with the energy generation taking place as part of the submerged unit (rather than onshore). The company says more details about an updated CETO 6, which will form the basis for the Albany project, will be released in coming weeks.

“Wave energy has the potential to take advantage of our technology and resource advantage to build an industry we can commercialise locally and export globally,” Carnegie’s Managing Director, Dr Michael Ottaviano said.

“Having a globally recognised Wave Energy Research Centre in Western Australia will also attract national and international interest from research and industry participants.”

Carnegie will continue to use the Garden Island site for its own wave energy research and prototype testing as well as working with other wave energy developers.

Carnegie has big plans for wave energy, saying it ultimately hopes to locate a 100MW wave farm on the site. To begin with, production will be more modest, with a 1MW CETO 6 installed initially and plans to scale up to a 20 MW array as a next step.

In addition to demonstrating Carnegie’s WA developed and owned technology, the Project will also deliver common user infrastructure at the Albany site which Carnegie will make available for other wave energy industry developers once the CETO 6 project is complete.

As well as demonstrating the CETO 6 prototype the project aims to harness a highly consistent renewable resource, delivering clean power into the electrical grid.

The Albany Project also represents an opportunity for Australia to develop world-leading capacity in the design and development of wave projects. Carnegie’s team believes its CETO technology holds an advantage over some competitors in that the entire unit is housed underwater. Over tie, that could lead to significant export opportunities.

Associated with Carnegie’s Albany Wave Project is the establishment of the national Wave Energy Research Centre to be run by the University of Western Australia’s Oceans Institute and UWA’s Albany Campus. The local Western Australian investment aims to develop a wave energy industry, creating domestic and export opportunities.

Carnegie will play a significant role in the Wave Energy Research Centre through close collaboration with UWA and all of the Research Centre partners. This will include sharing the Project’s site-specific surveys and common user data.