Liquid fuel that can be blended with petrol and diesel will be produced from organic waste in Western Australia. 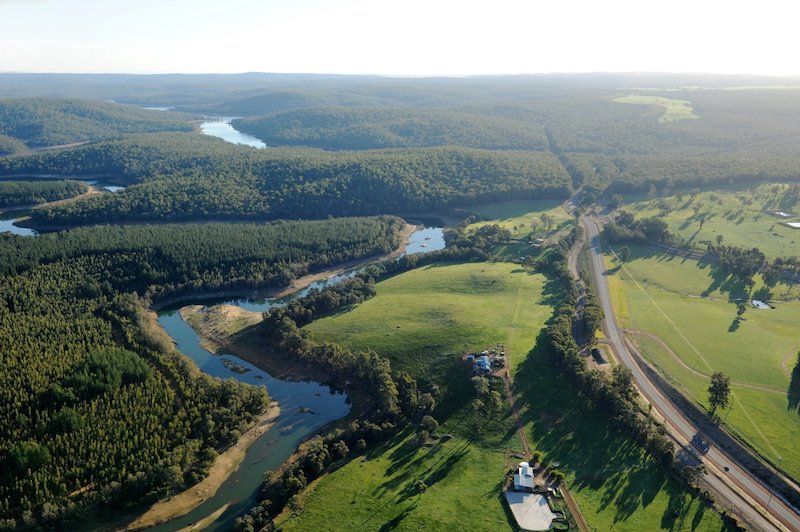 ARENA has announced $3.9 million in funding for Renergi to scale up their system of converting waste organic materials into liquid fuels using a thermal treatment process.

The new demonstration plant will be built at Collie in Western Australia’s south-west corner, deploying Renergi’s patented “grinding pyrolysis” process that converts organic materials into biochar, bio-gases and bio-oil by applying heat in an environment with limited oxygen. Rather than pre-processing the organic feedstock, Renergi’s system allows pyrolysis and grinding to occur simultaneously, reducing costs and saving energy.

The facility will annually produce 4000 litres of pyrolysis bio-oil for energy applications and 2200 tonnes of biochar. The oil produced through the demonstration will be sold as a liquid fuel for local industrial applications, with biochar to also be sold as a soil additive.

The project has been backed by the Shire of Collie and Curtin University, and also received $2 million from the Western Australian Government. A consortium of investors closely linked to Sunshot Energy, an emerging energy company co-owned by Professor Ross Garnaut, will support the commercialisation of Renergi’s technology at other regional locations around Australia.

Renergi has developed a modular design tailored to distributed energy applications where units can be located close to feedstocks to minimise transport costs. Where large volumes of resources are available, the company says the system can easily be built at scale.

The new plant is expected to be operating within two years, with design work to begin this year.

Renergi is a spin-off from Perth’s Curtin University, established in 2012 to commercialise renewable energy technologies developed in the Fuels and Energy Technology Institute. Led by Professor Chun-Zhu Li, the team has focused on bioenergy technologies, particularly gasification, pyrolysis and the biorefinery of advanced drop in fuels.

Their innovations have been identified as an opportunity to create jobs and diversify the Collie economy, which relies heavily on coal mining and Muja Power Station.

Renergi Chairman Rod Hayes welcomed the announcement, saying “Renergi is grateful to ARENA and excited to work with the Shire of Collie to deliver significant economic, social and environmental benefits to the Collie community and the rest of Australia”

“With a family of patented bioenergy technologies, Renergi aims to be a global leader in the bioenergy industry. This project will place Collie at the forefront of establishing a renewable energy based economy,” Mr McDougall said.

ARENA’s support for Renergi’s 2015 trial and new demonstration have helped to advance the bioenergy innovations from the laboratory to the field. ARENA CEO Darren Miller said the project will demonstrate a method of creating valuable fuels from materials that would otherwise go to waste.

“Landfill avoidance has become a key issue in Australia due to restrictions on the export of materials to Asia, with approximately 75.8 million tonnes of waste being generated in 2018-19 alone,” Mr Miller said.

“This project is a great example of how ARENA’s support can move a technology from early stage research and concept to demonstration, and put it on the pathway to commercialisation. This plant will showcase a 100 per cent Australian technology we are proud to have funded in all key stages of its development,” he said.

ARENA has previously announced funding for the Kwinana and Rockingham waste to energy facilities, which are both located south of Perth. Both projects are due to be completed in 2021.

Bioenergy on the agenda

Australia’s first bioenergy roadmap is due to be released in early 2021 to help inform investment and policy decisions in the bioenergy sector.

At the request of the Australian Government, ARENA developed the roadmap with input from a wide range of stakeholders, including businesses, research groups, industry associations, community groups, governments and individuals.

For the latest news on the roadmap and ARENA’s support for bioenergy projects, join in the conversation on Facebook, Twitter and LinkedIn.

A new Western Australian waste-to-ene... Read more
Bioenergy / Energy from waste
View all related stories
Follow Us
Back to top