A new Western Australian waste-to-energy facility will produce electricity from non-recyclable waste that would otherwise be sent to landfill. 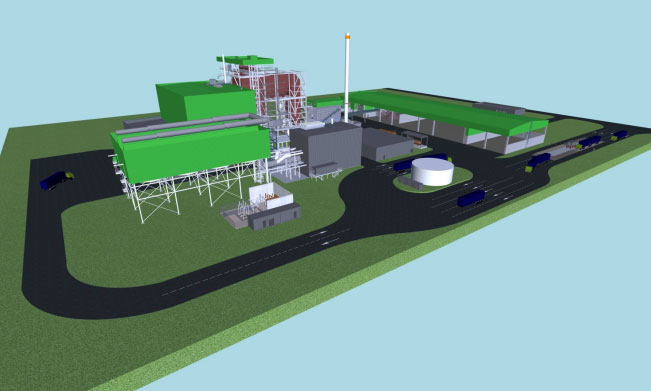 The 29 MW plant will have capacity to power 40,000 homes from an annual feedstock of 300,000 tonnes of municipal, industrial and commercial rubbish.

ARENA is providing an $18 million grant towards the $515 million project, which will also receive up to $57.5 million in debt from the Clean Energy Finance Corporation.

Long term contracts have been put in place to source household refuse from nearby local council collections, and Suez has committed to supply 65,000 tonnes of non-hazardous industrial and commercial waste.

Together with HZI, Suez has also signed a 20 year agreement to operate and maintain the facility, which will be jointly owned by a consortium of investors that includes John Laing, HZI and ACCIONA.

As well as supplying electricity to the South West Interconnected System, 25 MW of the plant’s output has already been committed under a power purchase agreement.

In accordance with Clean Energy Regulator requirements, the new facility will create large-scale generation certificates when powered by feedstocks which qualify as renewable.

Even byproducts from the incineration process will not go to landfill. The estimated 70,000 tonnes of ash expected to be produced annually through will be recovered and used to build roads and produce construction materials.

“As the second state-of-the-art waste to energy facility in the country, East Rockingham represents a progression along the pathway towards commercialisation for the sector,” Ms Morris said.

In late 2018, ARENA announced funding for the construction of Australia’s first large-scale waste-to-energy facility at nearby Kwinana. That facility is now under construction, and expected to be completed in late 2021.

READ MORE: THE WASTE TO ENERGY PLANT FUTURE IS HERE

The Rockingham project will employ a ‘waste arising’ contractual structure, which New Energy Corporation Chairman Enzo Gullotti says will mean that councils only pay for the capacity they use and will not be penalised if they successfully implemented waste reduction schemes.

This addresses the criticism that incineration projects discourage programs to ‘reduce, reuse and recycle’ to minimise waste streams. Under a conventional contract, councils could be forced to pay compensation if the amount of waste supplied falls below the committed volumes.

“This is a win for the environment and represents real value for money for ratepayers who will be protected from the rising cost of landfill, particularly through the State’s landfill levy,” Mr Gullotti said.

With just half of the 70 million tonnes of waste Australia produces able to be recycled, landfill has historically been the go-to option for everything else.

We have been slow to adopt waste-to-energy techniques, particularly compared to world-leaders like Sweden who use incineration to dispose of waste that cannot be captured by the country’s comprehensive recycling system.

While in the past landfills were cheap and easily accessible, that is changing as cities sprawl into previously industrial areas, and concerns grow about methane emissions and harmful contaminants.

Representing 410 waste to energy incineration plants across 23 countries, the Confederation of European Waste-to-Energy Plants believes thermal treatment has a role to play in recovering energy from materials that are non-reusable and non-recyclable to reduce the need for landfilling.

Their data shows that European waste-to-energy plants processed 96 tonnes of waste in 2017, led by Germany which passed 26.8 tonnes of waste through its 96 operational facilities.

A Queensland refinery is repurposing ... Read more
Bioenergy / Energy from waste
This tiny organism could soon make a big difference to how you fuel your car image

Submissions are invited to develop a ... Read more
Bioenergy / Energy from waste
Get past the yuck factor… This big idea is nothing to be sheepish about image

Abattoirs are expensive to run – it... Read more
Bioenergy / Energy from waste
View all related stories
Follow Us
Back to top