Solar gardens, that allow you to own rooftop solar even if you don’t own your own roof, could bring  the benefits of renewable energy to Australian households that until now have been shut out of the market. 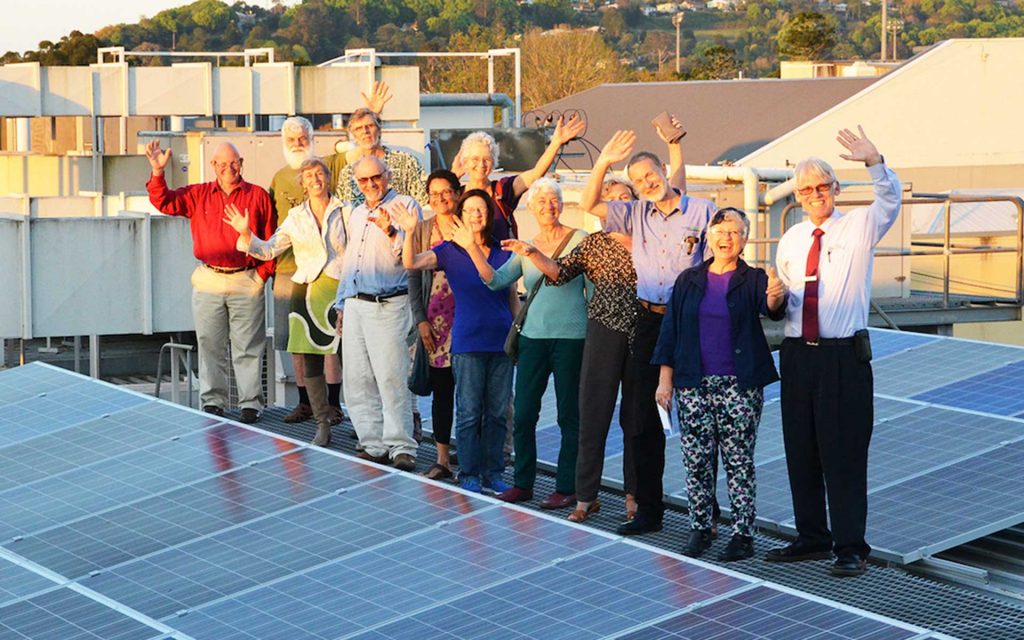 Solar gardens are solar arrays in which consumers can purchase a share, with the electricity generated credited to their power bills.

Solar gardens make solar power available to those who cannot install their own solar PV panels, such as renters, apartment dwellers, low-income households or those restricted by issues such as roof orientation, heritage listing or structural concerns.

The concept is already is popular in the US but is as yet, unexplored in Australia.

Now, the Institute of Sustainable Futures at the University of Technology Sydney and the Consumer Power Agency are running a feasibility study to explore the potential for solar gardens to be introduced in Australia.

The $550,000 feasibility study will be trialled at five locations in Blacktown in western Sydney, Shoalhaven on the New South Wales’ south coast and Byron Bay, Swan Hill in north western Victoria and Townsville in Far North Queensland.

This will the first of initiative of its kind to involve Australian customers who are also investors, receiving their returns through savings on their electricity bills.

On behalf of the Australian Government, ARENA is contributing $215,000 to fund the study which will also involve councils, energy retailers, welfare organisations and community power agencies.

While Australia has an advanced behind-the-meter solar PV industry with nearly 1.8 million households owning rooftop solar and a growing utility-scale market, it has no operating solar gardens. However in the US, they constitute the fastest-growing segment of the solar energy market.

Their key innovation is the on-bill credit provided by the energy retailer, which offsets individual customers’ consumption against the power generation of a grid-connected solar farm on a time-of-use basis.

The Social Access Solar Gardens study is being conducted by ISF together with a consortium of electricity retailers including Energy Queensland, Powershop and Enova.

It builds on work previously undertaken by the ISF on another ARENA-funded project, Facilitating Local Network Charges and Virtual Net Metering, which explored the potential impact of reduced local network charges for partial use of the electricity network, and the conditions required to support Local Electricity Trading. 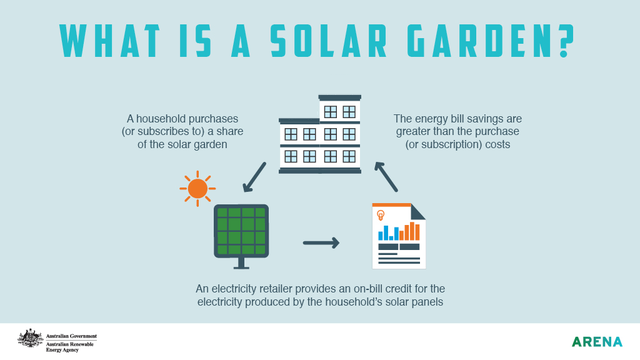 ISF research associate Nicky Ison said solar gardens promised to share the advantages of renewable energy with consumers who until now had been excluded from the sector.

“We think that changing that not only makes the transition to clean energy fairer, but also faster, unlocking new models and new customers to grow the renewable energy sector in Australia.’’

ARENA CEO Ivor Frischknecht said solar gardens have been popular in the US, with the fast-growing market seeing more than 200 MW of solar gardens already in operation.

“We’re excited to be supporting the feasibility into such a relatively new and forward-thinking concept that will help to include and allow people from all socioeconomic backgrounds to have access to renewable energy,” Mr Frischknecht said.

Visit the UTS ISF website for more information on the Solar Gardens project.

Alice Springs – a testbed for the future energy market? image

As a nation we have fallen hard for r... Read more
Solar
View all related stories
Follow Us
Back to top