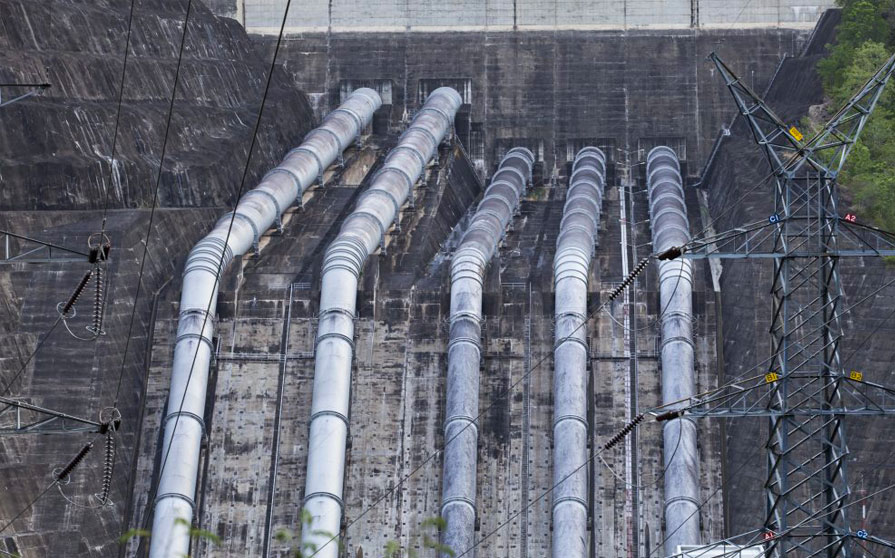 Four pumped hydro projects currently in development for South Australia have been positively assessed under the agency’s Advancing Renewables Program and will now be invited to submit a proposal to reach financial close, along with their lowest request for funding.

The successful project will be at least 200 MW in capacity and must reach financial close by the end of the 2019-20 financial year.

ARENA will invite the four applicants to submit final proposals for further assessment by October, with a single funding recipient to be selected by late 2019.

The four projects are:

With renewables growing at record rates now that wind and solar have become the cheapest way to build new electricity generation, finding ways to store energy is vital to ensure there is a dispatchable supply available at all times. This is particularly pressing for renewables-rich South Australia, where more than half of the state’s generation is renewable.

As South Australia continues to increase its renewable energy make up, large scale storage such as pumped hydro and grid-scale batteries are needed to supply system strength, energy reliability and inertia to the region.

The development of a large scale PHES plant would balance and firm up variability in the South Australian National Electricity Market region, providing a range of services to support grid reliability and security – including essential stability services as well as “intra day” storage for six to eight hours duration.

ARENA CEO Darren Miller said pumped hydro would play an important role in firming and balancing, as the share of renewables grows.

“With 50 per cent of total energy generation in South Australia coming from variable renewable energy in 2018, and an expectation that this will increase in the next two years, there is an increasing requirement for energy storage to firm and balance the system in that state. As part of this, pumped hydro has an important role to play in Australia’s energy transition,” he said.

“Several potential pumped hydro projects are being developed in South Australia, which are well advanced and have been rigorously assessed as high merit. Based on the market need and high construction costs, we expect to fund only one project at this stage,” he said.

“This funding envelope, and this further assessment is designed to ensure the best project proceeds with the least Government support,” he said. 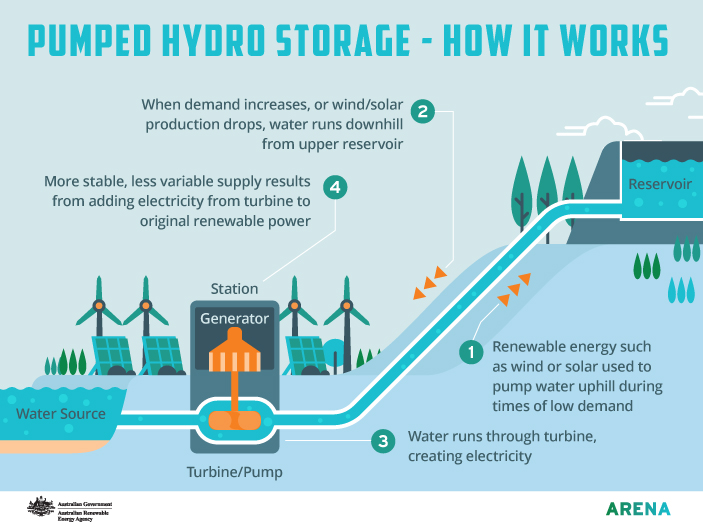 ARENA will work with the UNGI program as well as with the South Australian Government who have a $50 million Grid Scale Storage Fund that will support deployment of pumped hydro, alongside other large-scale storage technologies such as grid scale batteries and virtual power plants.

So far, the main storage method has been massive banks of renewable batteries. The world’s biggest lithium-ion battery was unveiled in late 2017 near Jamestown, south-east of Port Augusta. The ESCRI battery launched on the Yorke Peninsula in January this year, and Infigen are building a 25MW/52MWh battery at Lake Bonney wind farm – both received support from ARENA.

Early results from the giant Tesla battery at Hornsdale show the capacity of the system to respond with lightning speed to maintain grid frequency, and cover for unexpected outages. When a unit at Loy Yang A tripped unexpectedly within weeks of the ribbon cutting, the Hornsdale Power Reserve injected 100 MW into the grid within 140 milliseconds.

But that storage hasn’t come cheap. While it is estimated to have lowered costs by about $50 million across its first year of operation, the battery cost Neoen $91 million to install and the growing demand for storage is creating opportunities for other technologies.

Enter pumped hydro. The storage method pumps water uphill when wind and solar power are plentiful and cheap, then releases it to turn a turbine when extra electricity generation is needed to meet demand.

Federal Minister for Energy and Emissions Reduction Angus Taylor said that the pumped hydro project will be needed in South Australia to deliver affordable and reliable power.

Minister Taylor announced the ARENA funding in Port Augusta during a visit to several of the proposed pumped hydro sites in the Upper Spencer Gulf.

Hydro ready for a resurgence?

While there are only a few pumped hydro plants running in Australia so far, growing demand for storage is likely to change that in the years ahead.

ARENA has supported feasibility studies into Snowy 2.0, as well as the plan to make Tasmania the “Battery of the Nation”. At the smaller end of the pumped hydro scale, ARENA has also provided funding to investigate expanding Origin’s Shoalhaven scheme, support the delivery of the Cultana seawater system near Port Augusta, as well as Genex’s Kidston project at an old gold mine.

An ‘insight’ published by AEMO (PDF 877KB) in the lead up to the release of its second Integrated System Plan indicated that around 15 GW of storage will need to be in place by the early 2040s.