We like to say here at ARENA that Australia is in the midst of an energy revolution. 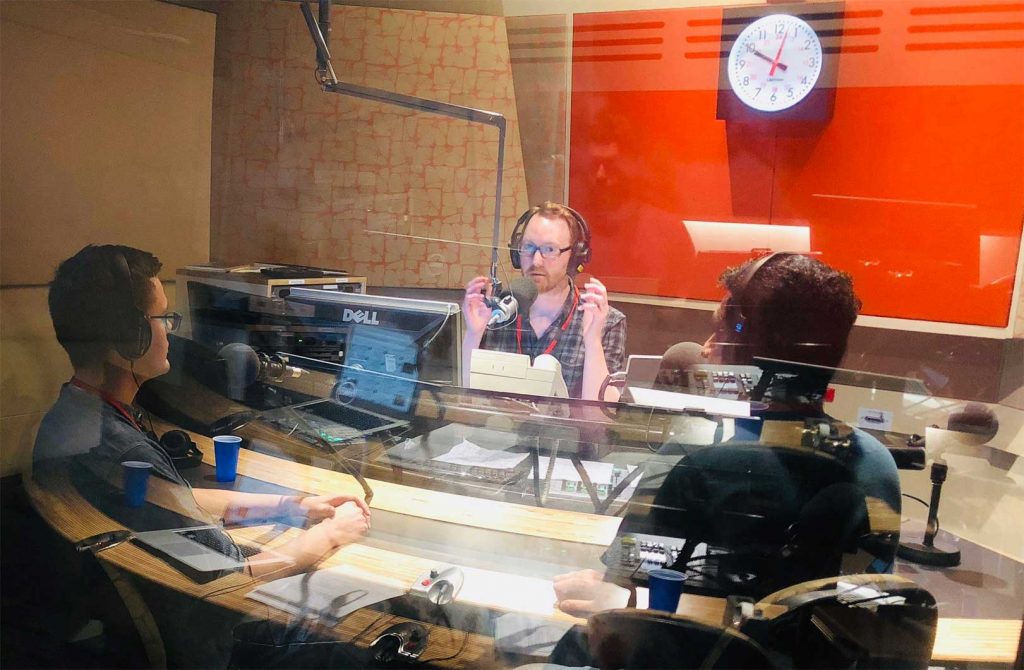 Adam Morton in the studio recording for the Innovators podcast.

But as the energy landscape changes so rapidly and radically there’s a lot of noise that can rise up too.

Sometimes it can be hard to figure out what’s really going on.

We’re here to help with that. And the second season of our ReWired podcast series, The Innovators, wants to take you to the cutting edge of that revolution.

It’s a place of pure innovation and leadership, sparked by individuals with a renewable energy future in their sights and, often, extraordinary stories of their own to tell.

We cut through the noise to bring you optimistic stories of world-leading technology and bold ideas. Stories about the value of persistence and would you believe it, the motivating force of failure.

Hosted by Adam Morton, one of Australia’s most experienced energy and environment writers, The Innovators will be released each Thursday.

Season one of ReWired took you out on the road to some of ARENA’s most ambitious projects. It has been downloaded more than 10,000 times by people in 45 countries around the world and earned a spot on Apple’s New and Noteworthy section in iTunes.

Season two will take a different approach, featuring entertaining and thought-provoking interviews with the people who are driving the energy revolution. We’ll bring you the stories behind the technology and the brilliant minds that are helping to reshape our world.

Get a taste of what’s coming up with this teaser episode and be sure to subscribe on Apple Podcasts or wherever you like to listen so you can keep up to date with the latest release.

And don’t forget season one, hosted by Courtney Carthy, which takes you on a journey across six large-scale solar projects backed by ARENA. There are so many fascinating stories out there, we can’t wait to bring some of them to you.

Australia can boast some of the best ... Read more
General
Solving the Energy Puzzle – Introducing our new podcast series image

Cheap, abundant and variable wind and... Read more
General
View all related stories
Follow Us
Back to top