What is electricity grid inertia?

How come, when you plug an appliance into the mains socket, the power supply is always just right? 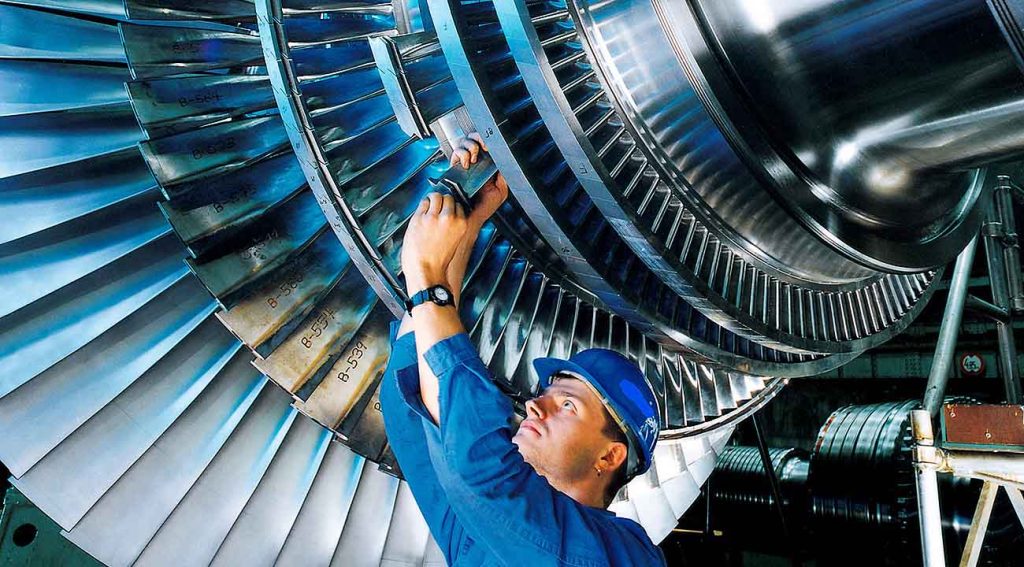 “A body at rest will remain at rest, and a body in motion will remain in motion in a straight line unless it is acted upon by an external force.” Isaac Newton’s 1st law of motion.

What, you might ask, does a legendary physicist’s 17th century study of moving objects have to do with the 21st century problem of electricity grid stability?

It turns out Newton’s insight into why objects, if left alone, just keep doing what they are doing is so powerful that over the years it has been applied to many other examples of systems and behaviours.

The meaning of the word “inertia” has come to be defined by Newton’s 1st law, but its usage has spread.

Rotational inertia is the resistance a body rotating around an axis exhibits to changing either the rate of rotation or the direction of the axis.

Thermal inertia is the degree of slowness with which the temperature of a body approaches that of its surroundings.

Teen inertia (yes, apparently it is a thing) is the resistance exhibited by teenagers to getting their body in motion.

Interestingly, the word inertia is derived from the Latin word iners, which means, among other things, lazy or boring.

Now, when you think about it, when you plug in an appliance, you want the power supply to be boring. It should be exactly what it always is. It needs to be consistently the same for your appliance to work.

Standards vary around the world but in Australia that means an AC voltage of 230 Volts alternating at a frequency of 50Hz – or 50 times per second.

Electricity grid security and reliability needs both system strength and system inertia under all network conditions, no matter the source of generated power.

How does system inertia work?

There are challenges to the stability of power systems all the time. Challenges include spikes or lulls in demand, power line failure, even generator failure.

Most big changes in demand are predictable: morning or evening peaks, afternoon lulls etc. So, networks can match generator capacity in advance.

But minor changes are much more frequent and less predictable, and catastrophic failures are, almost by definition, a surprise.

This is where inertia comes into play because network inertia slows down changes to frequency.

That inertia helps reduce the impact of imbalances in supply and demand following unexpected disturbances.

In the event of major failure, system inertia helps keep the frequency within an acceptable range until the system rebalances. That is usually achieved by either increasing or decreasing generator output as required.

Hydro and rapid-response gas generators can react quickly, but fastest of all are grid scale batteries, which can respond in milliseconds.

What is the problem with renewables?

This is all tried-and-tested, and well-understood technology. So, what is the problem?

Physically derived system inertia is falling due to the rapid increase in renewable energy sources.

As traditional generators shut down, their individual rotational inertia and their contribution to frequency stability goes with them. This leads to a reduction in system inertia as a whole.

Solving this problem is a major challenge for the transition to renewable energy powered networks.

So, to keep the electricity grid stable during periods of high renewable penetration, networks must find new methods of maintaining frequency stability.

ARENA is helping the industry understand those challenges and develop potential solutions by making investments that improve how future grids can operate.

Batteries offer the promise of being a much cheaper frequency correcting intervention than traditional technologies, such as synchronous condensers.

ARENA is providing a total of $39.58 million to four projects examining the potential of using grid scale batteries to manufacture inertia.

In another weak grid area, in the far west outback of NSW, the AGL Broken Hill Grid-Forming Battery project also has among its aims the provision of an alternative to synchronous condensers.

The $65.46 million Transgrid Wallgrove Battery, also in NSW, will build, test and operate a 50 MW / 75 MWh lithium-ion battery at the Wallgrove substation in western Sydney. The project will use Tesla batteries to demonstrate a so-called “synthetic inertia” product called Virtual Machine Mode.

ARENA has over the past 10 years backed the development of both technologies.

Project Marinus, supported in its ear... Read more
System security and reliability
View all related stories
Follow Us
Back to top