Renewable energy is rapidly moving ahead in Australia, that much is undeniable. But storing energy for later use is the key to embedding it into a reliable national electricity supply. 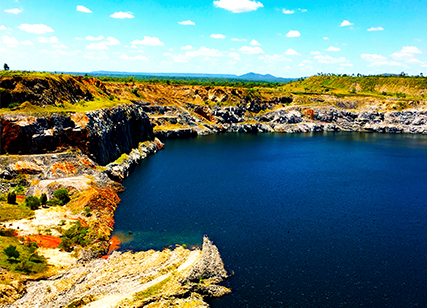 As wind and solar power get cheaper and other competing technologies gather credibility, the search for storage solutions is on. In that context, it can sometimes be easy to forget the solutions we’ve already found and how well they can work.

Pumped hydro, the simple concept of using excess energy to pump water up a hill and hold it there until it’s needed, has been around for a long time. It already accounts for 97 percent of energy storage worldwide and is the technology that has led to the Federal Government’s enthusiasm for a “Snowy 2.0” scheme.

Researchers at The Australian National University led by Professor Andrew Blakers recently released preliminary findings that show pumped hydro could play a massive role in the nation’s energy future. The research identifies 5000 prospective pumped hydro storage sites with the potential to store up to 15,000 GWh of energy.

The Australian Renewable Energy Agency (ARENA) is providing $449,000 to support a broader study, which aims to develop a nation-wide atlas of potential off-river pumped hydro storage sites. Once completed, the information will be shared via ARENA’s data platform AREMI.

ARENA Chief Executive Ivor Frischknecht says the project is part of the agency’s focus on supporting flexible capacity solutions to ensure a smooth transition to a renewable energy future could take place.

“Storage is becoming more important and valuable as we move towards higher levels of renewable energy in our grids,” Mr Frischknecht said.

“Pumped hydro is the most mature form of energy storage, and studies like these are helping to determine whether it could play an even greater role in increasing grid stability.”

What is ARENA doing in the pumped hydro area?

ARENA is well-positioned to provide leadership on pumped hydro in Australia because the agency is involved in a range of projects at varying points of the spectrum from research and development of new techniques and technologies to rolling out mature and commercially viable projects.

Lead times can be long in pumped hydro. Recent research out of the United States suggests development time of up to 12 years from original ideation through to commissioning of installed technology.

ARENA has recently funded a pumped hydro feasibility study at the Kidston solar farm in northern Queensland. The study, to which the agency contributed $4 million, aimed to assess the possibility of building a pumped hydro facility at a disused gold mine near Townsville. It is the first attempt anywhere in the world to employ disused mining pits as reservoirs for pumped storage and offers not only the potential for efficient renewable energy storage but also a way of rehabilitating mine sites that could be replicated around the world. Episode 1 of ARENA’s podcast ReWired features a visit to the proposed site for this inspiring project.

Genex, which has proposed building the facility, says its preferred design has the capacity to power 100,000 homes. The company is currently seeking backing for phase 2 of the project and hopes to begin construction in 2018.

ARENA is also investigating pumped hydro using sea water, an area that is producing growing excitement. In early 2017, EnergyAustralia and partners Arup Group and Melbourne Energy Institute were granted $453,000 in ARENA funding to carry out a feasibility study for a new pumped hydro project using sea water at a site near Port Augusta in South Australia. If the project is found to be feasible and construction goes ahead the it could produce between 100 and 250 MW of power.

Pumped hydro is not new around the world and it has long been in Australia, but not on a massive scale. Currently, there are only three projects dotted around the nation and all have been in operation for between three and four decades.

The three plants, Tumut 3, Wivenhoe and Shoalhaven Scheme have a collective generating capacity of 2.5GW. They date from a time when pumped hydro was pursued for other benefits beyond renewable storage: operating as water management tools, providing water for irrigation of farms and household and also protecting as against flood.

How does pumped hydro work?

Off-river pumped hydro storage requires pairs of reservoirs, typically ranging from 10 to 100 hectares, in hilly terrain and joined by a pipe with a pump and turbine. Water is circulated between the upper and lower reservoirs to store and generate power.

Water is stored in an upper reservoir and run through a turbine to a lower reservoir when electricity is needed – such as when the sun is not shining or the wind is not blowing. The water can then be pumped back uphill when electricity from renewables and other sources is abundant and cheaper (the sun is shining, wind is blowing).

Pumped hydro is proven technology and has a typical lifespan in excess of 50 years, compared to batteries, which currently last between 8 and 15 years.

What about water levels?

Pumped hydro is a closed system, the water is stored in one of two reservoirs and rainfall in all viable sites exceeds evaporation, so additional water is rarely required and is certainly far less than is used in existing coal fired power stations.

So how much storage do we actually need?

Total electricity consumption in Australia at the moment is around 250 TWh per year, just over 14 percent of that is from renewable energy sources. In a hypothetical 100 per cent renewable electricity market, according to Professor Blakers, we’d need approximately 450 GWh of storage capacity to ensure a stable supply.

Renewable energy is likely to rely upon a range of different technologies as it moves forwards. Wind, large scale solar and domestic PV panels are all likely to be important in ensuring a fully integrated renewable energy system.

Storage is no different. Battery farms for large scale storage, domestic batteries to support PV panels, molten salt or oil and pumped hydro will all have a role to play in supporting and enhancing the renewable energy mix.

Where are the potential sites?

The ANU researchers’ preliminary report identifies 185 potential sites in South Australia, 2213 in Queensland, 2075 in Tasmania, 871 in the Canberra district and 384 in and around Alice Springs. When combined, these sites represent the capacity to produce vastly more electricity than the Australian market could ever require.

Further work is looking at more sites in NSW, Victoria, Western Australia and remaining areas of the Northern Territory, which will add greatly to the total.

All the sites identified so far are outside national parks and urban areas. Further investigation of the sites is needed to confirm there will be no environmental impacts, land ownership issues and to minimise the risk of severe weather events.

The race is on for storage solutions ... Read more
Hydropower / Pumped Hydro Energy Storage
The Energy Innovators: Why our future is in pumped hydro image

There are thousands of them, dotted i... Read more
Hydropower / Pumped Hydro Energy Storage
View all related stories
Follow Us
Back to top