The Energy Freedom Solar Electric Vehicle Pilot acknowledges that the United Nations predicts that 68 per cent of the world’s population will live in urban areas by 2050, equating to more than 6.5 billion people. As a result, the way we transport people and items in urban areas will change. Transport needs in cities will see more vehicles provide short trips at low speed. AEV’s Modular Vehicle System (MVS) represents a sustainable EV solution.

An early stage prototype of AEV’s MVS has already been developed. AEV will refine the design and engineering of the prototype vehicle and its systems to optimise energy efficiency.

In partnership with Japanese company Teijin Limited, the EV will be lightweight and include a solar PV roof that will help charge the battery and decrease the amount of electricity required from charging points.

AEV will also determine the minimum viable specification of the vehicle for market launch, with the aim that the EV can be delivered to market in the near future.

By focusing on transport for short trips at low speed, AEV aims to create a vehicle that is much more energy efficient than a typical EV.

If manufactured in large numbers and used in cities, the vehicle will make a genuine contribution to the adoption of renewables and reduction of carbon in the transport sector. 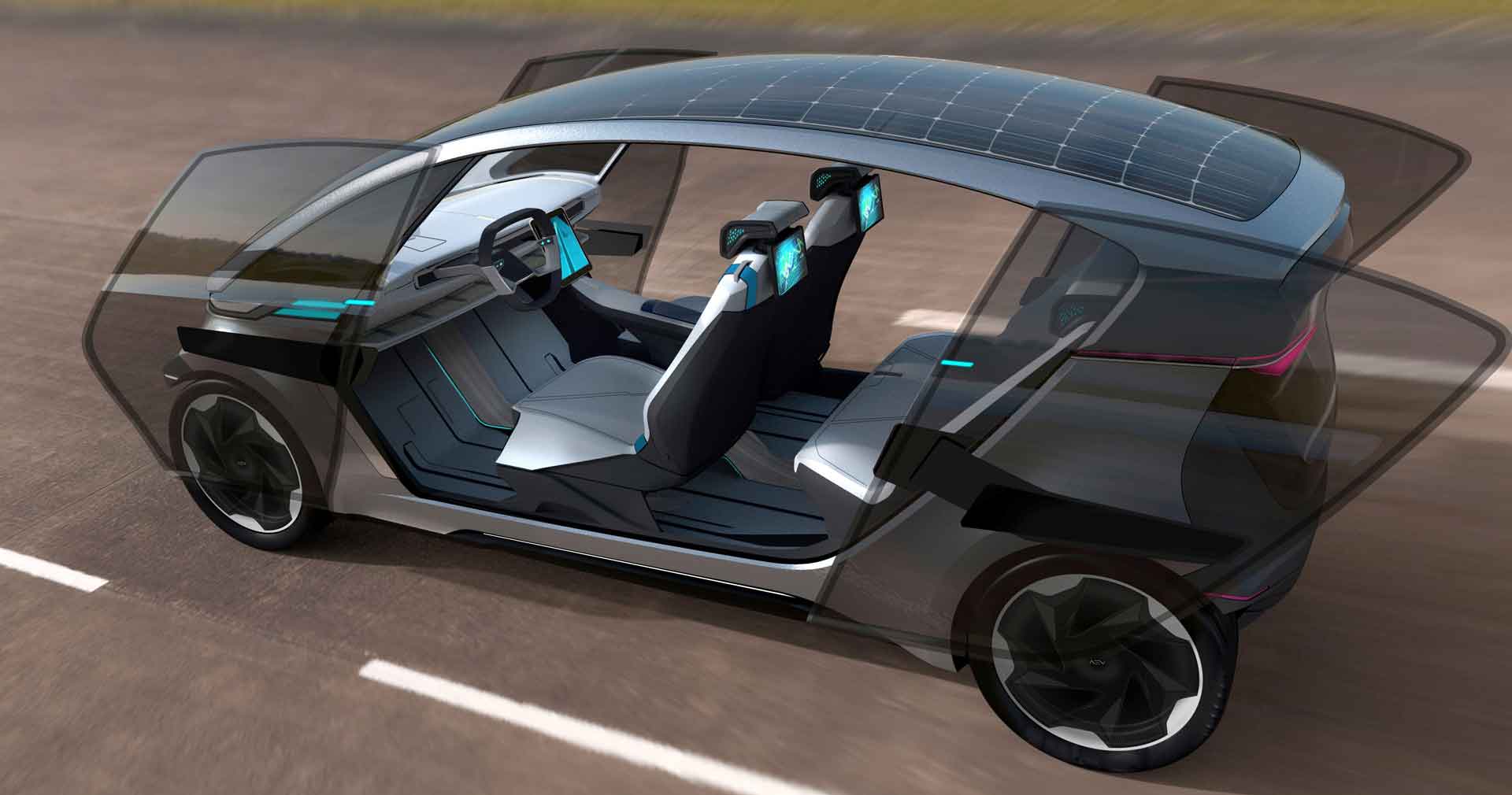 Electric, self charging and autonomous. An Australian startup is reimagining the car.