The Gullen Solar Farm project is expected to demonstrate to the Australian renewable energy industry the benefits of co-located wind and solar generation, particularly the economic benefits that can be achieved from wind-solar co-location, including from leveraging existing infrastructure, such as network connection, roads, O&M (operation and maintenance) team, and communications systems.

There is huge potential to adopt this approach at other wind farms, as identified in this ARENA-supported study. The study found an estimated 1000MW of potential opportunities to add solar photovoltaic (PV) alongside existing wind farms.

The 165.5MW Gullen Range Wind Farm has been operational since 2014. Analysis of the output of the wind farm shows there is spare capacity that could be utilised by additional generation from solar. This would better utilise existing grid connection assets.

Following the Project, it is expected that renewable energy project developers will have a greater understanding of the real economic (including timing) benefits for brownfield and greenfield solar/wind hybrid projects and a number of similar projects will be deployed that are able to achieve even greater synergies by building on the experience of the Project. Wind farm owners across Australia could benefit from adding solar plants to their existing sites. Developers may be able to save money on grid connection, approvals and site development costs by co-locating wind and solar plants, whilst also reducing environmental impacts. 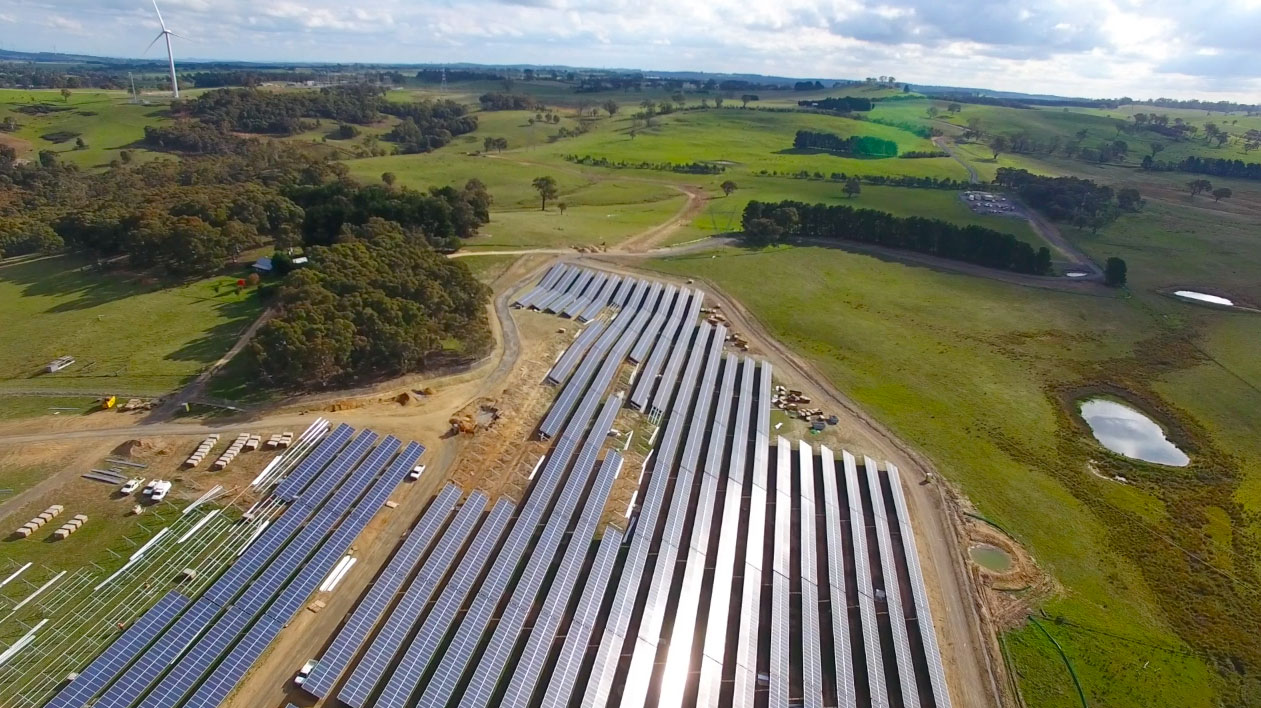 Introducing Australia’s first hybrid wind and solar farm in the southern tablelands of NSW with 28 hectares of energy generation – a 10MW solar farm surrounded by a 73 turbine wind farm.