in a place of transformation... 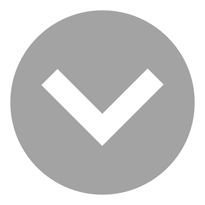 The concept of caring for country is intrinsic to many Indigenous peoples. Solar SETuP is a new way of expressing that connection and custodianship.

Traditional owners have been an integral part of the process at all sites. The local engagements have been intense, mindful and productive in the lead up, last year, to construction. But they had to be.

Mark Casey, an elder in Daly River (Nauiyu) where that 50 per cent saving on diesel will be achieved, says: "We are looking after the land, but with new technologies. This is the community's land. They said 'yes, we want this, we want to use the sun as power."

In Maningrida the solar farm - or 'array' of panels - is fenced off about two kilometres from the community of 3000.

In the dry season the panels become coated with red dust, leading to a small drop in efficiency, but then it is all washed off during the months-long wet season, which runs from November until April.

The site was once dense woodland but it was cleared and fenced with help from local workers and rangers; Maningrida is renowned for its beautiful bark painting and artists got plenty of bark from the clearing.

The community also got all the mulch. Work began in November 2016. It is part of the existing power plant but separate from the town with inverters that turn the sun's direct current into alternating current.

It will save around 15 per cent on diesel use - generators will still run, but less often.

Like many communities in the Northern Territory, Maningrida is an old mission, sitting where the Liverpool River meets the Arafura Sea. Traditional owners are the Kunibídji people.

A permanent settlement was established there in the late 1940s, originally as a trading post with Aboriginals in the area, and this was converted into a mission during the 1950s.

The name Maningrida is an Anglicised version of the Kunibídji name Manayingkarírra, from the phrase “Mane djang karirra”. It means “the place where the Dreaming changed shape.”

This has long been known as a place of transformation. And now another change has come to town.

The idea behind ARENA's $55 million Solar Energy Transformation Program (SETuP) is to transform the way power is delivered to remote Indigenous communities by incorporating solar power to reduce reliance on diesel.

Communities will then rely on a hybrid of solar, diesel and battery storage.

Each project has different specifications but the concept is the same. The solar photovoltaic (PV) panels - there are 3200 at Daly River and 2500 at Maningrida, for example - are installed on Indigenous land near the communities they serve.

Solar cells in the panels are thin plates of light sensitive material, usually silicon. Electrons from the sun's light move through the cells in the photovoltaic effect, making direct current (DC).

The DC is transformed into alternating current (AC) by banks of secure inverters, channeled into the nearest electricity infrastructure and then into homes. One inverter can handle around 80 of the panels.

Earth cables are attached to the mini-grid and a lightning protection system - tall metal poles - erected. Once the solar farms are up and running they are largely maintenance free, with no moving parts, and no permanent staff.

The only trouble in remote Australia is the red dust, kicked up by wind and traffic, and the salts blowing in from the sea air, but this all washes off during the wet season.

At Daly River it is a one megawatt facility. A normal house uses about four kilowatts of power. The Daly River project is the first which can store the power, with lithium-ion batteries, allowing the community to run entirely on renewable energy during the day and saving up to 400,000 litres of diesel every year.

The Solar Energy Transformation Program (SETuP) program as a whole will eventually provide 10 megawatts of solar energy to 28 remote Northern Territory communities. The projects are managed by the government's Power and Water Corporation (PWC). The Northern Territory has a renewable energy target of 50 per cent by 2030.

The diesel savings really add up with experts estimating that SETuP will save 94 million litres of diesel across the lifetime of the project. So far - including Maningrida and Daly River - more than 10,000 solar panels have gone up, feeding into nearly 600 homes.

At Daly River, a much smaller community which is south-west of Darwin this time, past Adelaide River and Litchfield National Park, it's a different and slightly more advanced story.

Here the diesel can be off all day, the solar power sent to the community via a cooled power station with a lithium-ion battery bank so the power can be stored.

One of the virtues for Mark Casey the Indigenous elder, who lives over the hill - "my hill," - is far fewer diesel trucks through country, and far less generator noise. Solar is more in tune with the earth and the sky.

Trevor Hutchinson is the Daly River coordinator for Ironbark Aboriginal Corporation, a Darwin-based not-for-profit which supports Aboriginal communities. He was able to get seven locals employed to clear the land for the solar farm and build the fence, which they achieved ahead of schedule. He also “translated” documents on the project into what he calls “plain-English” for his community so they understood what was happening.

“It had to go into layman’s terms,” he says. “Kilowatts and megawatts and all that sort of stuff – nobody would understand it. But if people understand that we will need less diesel because of power from the sun, that there will be no change to reliability and less road-trains coming through country then it gives them something to yarn about and something to be proud of.”

“Consensus up here,” he says, “is progress has gotta happen.”

Indigenous rangers - the hands-on custodians of the land - have been deeply involved in site selection and eco-management. Some have been telling SETuP workers they are seeing the effects of climate change on their country in animals and plants, in the sea and the waterways and the trees and plains, and want to do anything they can to help.

The country Mark and Trevor help look after - now with a three hectare solar farm - is Malak Malak land.

The Catholic Church still own a lot of land around here too, they established a mission in the 1950's, but the Malak Malak are the decision makers.

Northern Territory Labor's Minister for Essential Services, Gerry McCarthy, a former teacher, visited the Daly River SETuP array on a searing hot day recently. His government already heavily subsidises power to the bush. He wore no hat and his boots kicked up the dirt as onlookers watched from a shade-tent on the fringes guzzling water.

"This makes sense to me," he said. "This is solar in remote Australia and it's a perfect place to harness a natural resource. The Northern Territory has a wonderful opportunity in renewable energy and solar makes a lot of sense."

Chris Johnston is a Melbourne-based feature writer and former
Senior Writer at The Age and Sydney Morning Herald.