There aren’t many people who could honestly say they see the future but Katerina Kimmorley is one who might. 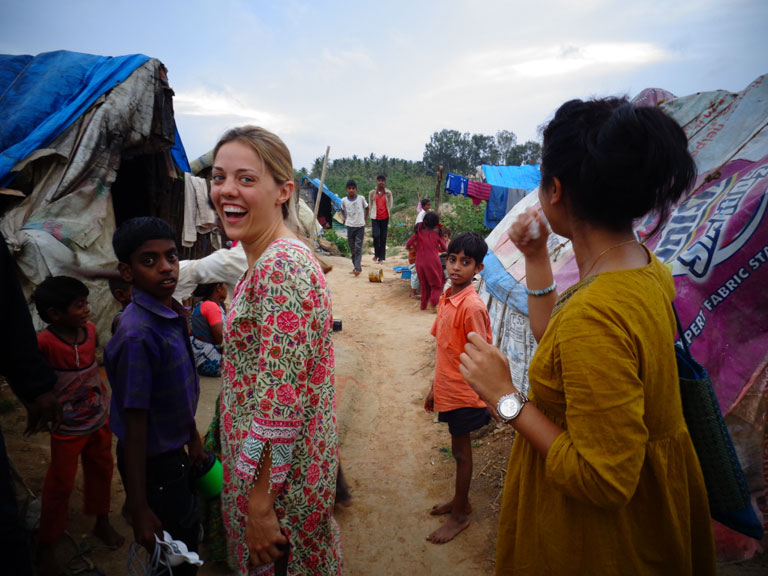 From helping to deliver solar power in India to steering the $200 million Clean Energy Innovation Fund, the Sydney-sider is privy to the latest technologies and ideas bubbling up within renewable energy, ideas that could dramatically affect how we use and think about electricity.

“It’s an incredibly exciting future for us here in Australia,” she says. “We’re about to embark on probably the biggest change since the industrial revolution in our energy system and it’s going to be very, very omnipresent for us.”

The innovation fund uses finance from the Clean Energy Finance Corporation to invest in innovative clean energy companies and projects, drawing on the combined skills and experience of the CEFC and ARENA.

In episode three of ARENA’s podcast, ReWired: The Innovators, Kimmorley talks with host Adam Morton about the journey that took her from working in the slum communities of India to the world of venture capital and clean energy start-ups.

She pinpoints her transformation to a single moment: In 2012, while flying over the twinkling lights of New Delhi, India, she saw it all suddenly go dark. Entire cities across the country were hit by what she later learned was one of the world’s largest power blackouts, affecting more than 700 million people.

What really struck her, though, was that this was already a way of life for the millions living in urban slum communities.

“Half of those people…don’t actually have access to electricity every night. And that wasn’t on the front page of every paper,” she tells podcast host Adam Morton. “That was the real reason to return to India and to see what we could do to solve the problem.”

EPISODE ONE: ‘Power to the People’, featuring PowerLedger co-founder and chair, Jemma Green

Kimmorley finished her studies at the London School of Economics and co-founded Pollinate Energy, a social enterprise which today continues to deliver solar power in India. The change she helped deliver through Pollinate was real and tangible, as people were quite literally brought into the light.

But in 2016 she returned to Australia to work with the CEFC’s innovation fund in a move that she believes will help her have an impact on an even larger scale.

“I really felt that if we could start to mobilise that capital…to really drive innovation in clean tech and rapidly distribute those innovations across the developing world, as well as in Australia, that we would have a mammoth impact on the clean energy revolution,” she says.

To find out more about where Kimmorley sees investment moving in the future as well as innovation fund-backed projects such as Melbourne start-up Relectrify, tune in to episode three of The Innovators on Apple Podcasts or wherever you get your podcasts. Episode one, featuring PowerLedger co-founder Jemma Green, while episode two, with the Melbourne academics who invented a hyrdogen-generating solar paint.

All over Australia, popping up across... Read more
Renewables for industry
Game-changing marketplace shakes up electricity transactions image

Manufacturers are being supported to ... Read more
Renewables for industry
View all related stories
Follow Us
Back to top