Project Marinus, supported in its early stages by ARENA to boost underwater electric cable links between Tasmania and Victoria, moves closer to realisation. 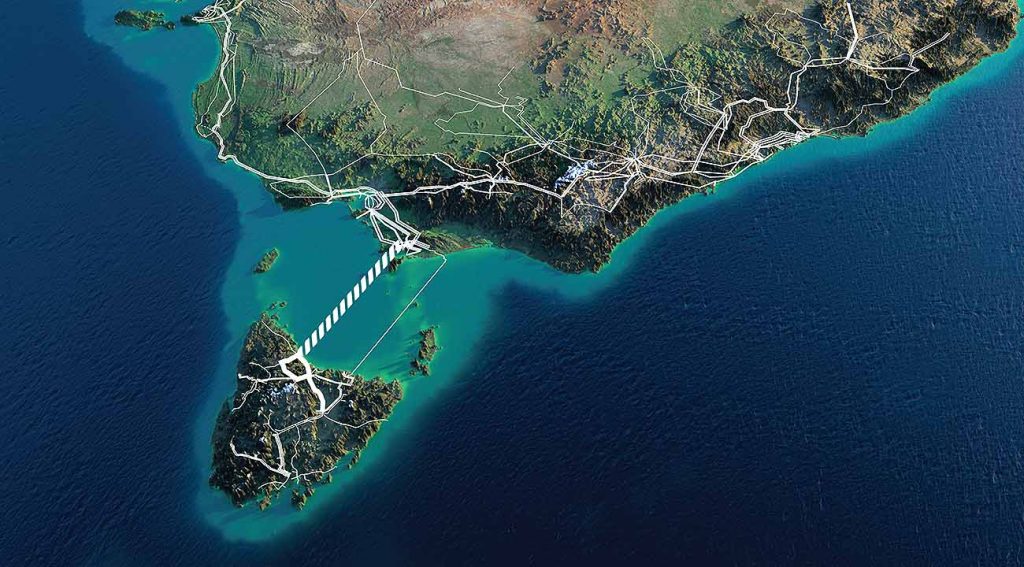 Back in 2018, ARENA announced $10 million funding for Project Marinus. That money helped finance studies into whether a second interconnector, the Marinus Link, beneath the Bass Strait might form a key part of Australia’s future electricity and telecommunications grid.

Now, after four years, the Tasmanian, Victorian and Commonwealth governments have announced a partnership to fund the $3.8 billion project.

Known as the Marinus Link, it will help the National Electricity Market (NEM) transition to renewable energy.

The project will also allow Tasmania to unlock further renewable generation by exporting more electricity to the mainland.

Tasmania has some of Australia’s best wind and hydro resources. But, with a  small population and limited heavy industry, it is unable to harness fully this potential.

Greater transmission capacity between Tasmania and Victoria could enable ideas like Battery of the Nation – a proposal for pumped hydro projects in Tasmania to store and supply electricity to the NEM.

For Victoria, this means extra energy security as it closes its coal-fired stations.

What is the Marinus Link?

The Marinus Link interconnector will provide a two-way connection of electricity and telecommunications between Tasmania and Victoria.

Around 255km of high voltage direct current (HVDC) cable will pass under the Bass Strait. Another 90km of cable will be installed at each end in Victoria and Tasmania.

Excess energy generated on the mainland will be stored in Tasmania’s extensive pumped hydro systems, ready to export when NEM demand outstrips supply.

The first phase is forecast to be built and operating by mid-2028. It will see a 750 MW HVDC cable connect Tasmania’s northwest and Victoria’s Latrobe Valley. A second 750 MW is expected to begin operation in mid-2030.

With a total capacity of 1500 MW, that is equal to the power supply for 1.5 million homes.

By contrast, the existing Bass Strait interconnector, operational since 2006, is rated to deliver just 500 MW in either direction.

This new capacity is more than the total electricity used most days by Tasmania. It will allow the island state to export huge amounts of of energy.

In addition, the interconnector will feature fibre optic cables. The Tasmanian government says that will improve data transmission capacity across the Bass Strait by a factor of 150.

How has ARENA supported Marinus?

ARENA in September 2018 announced funding of up to $10 million for $20 million worth of studies into building the Marinus Link interconnector.

Project Marinus was led by TasNetworks, the state-owned owner and operator of Tasmania’s electricity transmission and distribution network.

Two studies examined first the feasibility of the project, and second the business case. Both came back with positive results.

According to the study, benefits would include:

According to Marinus Link Pty Ltd, a subsidiary of TasNetworks responsibility for progressing the project, the Link will see Australia cut emissions by the equivalent of around 140 million tonnes of CO2 by 2050. That’s equal to taking around 1 million cars off the road.

A final investment decision will be made in late 2024.

In more than one way this was big. It... Read more
System security and reliability
New scheme proposed for solar households image

To support the transition to an elect... Read more
System security and reliability
View all related stories
Follow Us
Back to top