One of Australia’s oldest and most prolific methods of generating energy is poised to transform the electricity network again. 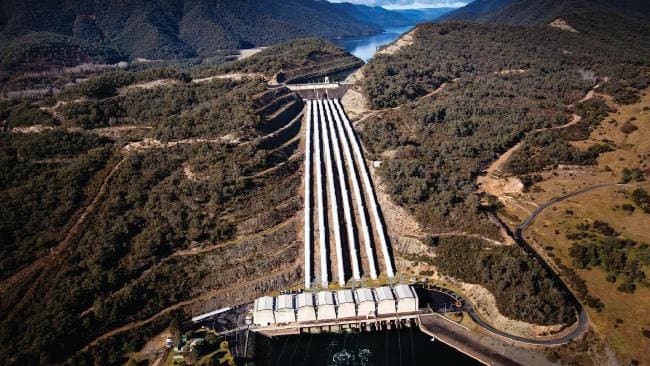 In this episode of ReWired we take a deep dive into one of the oldest renewable energy technologies – pumped hydro.

More than a century on from the establishment of the Tasmanian Hydro-Electric Department, hydro projects are back on the drawing board as a way to store energy for a future powered by renewables.

The new pumped hydro plants propose to use renewables to pump vast amounts of water to an uphill reservoir when energy demand is low, so it can be released to generate electricity at peak times when demand rises.

Unlike the hydroelectric plants that supply most of Tasmania’s energy today, the new projects will operate within a closed system. Instead of relying on dams built along rivers, the pumped hydro plants will be built “off-river”, circulating the same water over and over between two reservoirs.

Since the volume of energy storage is only limited by the size of the two reservoirs, the technology is uniquely positioned to deliver energy storage at a massive scale. This will be vital as more of Australia’s energy supply comes from renewables which vary depending on the weather, with predictions from the Australian Energy Market Operator that 15 GW of energy storage will be needed within two decades.

In this episode, we hear from Hydro Tasmania CEO Steve Davy about the vision for the island state to become a national renewable energy powerhouse. Chief Scientist Alan Finkel and AEMO CEO Audrey Zibelman share their insights into how pumped hydro will fit into the future energy mix, and ARENA CEO Darren Miller outlines some of the work underway to help this technology become commercial.

How could pumped hydro technology become the future?

While the technology that underpins pumped hydro is not new, there are only a few working systems around the country.

“There’s no real innovation in big pumped hydro schemes… it’s just that we haven’t done many of them – in fact, we haven’t built a plant in the last thirty, thirty five years in Australia”

The concept might be simple, but it has the potential to transform the electricity market. The two biggest projects being developed – Snowy 2.0 and Tasmania’s Battery of the Nation – will have a collective capacity of about 4500 MW. According to Snowy Hydro, the 2000 MW Snowy 2.0 pumped hydro facility could power three million homes for more than a week when operating at full capacity.

“As we’re moving away from coal and gas and what we call dispatchable resources… we can’t control the weather and that’s become our largest fuel resource.”

The large output and long duration makes pumped hydro well suited to complement large-scale renewables, with the capacity to store energy from windy and sunny periods for when generation drops.

One challenge is sending electricity from remote sites suited to large-scale pumped hydro facilities to distant population centres where it is needed. Tasmania’s plan to build the “Battery of the Nation” to bolster the National Electricity Market has a particularly big hurdle to overcome – Bass Strait.

We need roughly 20 gigawatts of battery storage in around 2040 timeframe, so we’re going to need a lot of pump storage projects around Australia and Tasmania certainly has an abundance of available sites.

With the existing BassLink interconnector at capacity, work is underway to make the case for a second connection to the mainland. The business case for the proposed “Marinus Link” is well-developed and the second connection could enter service as soon as 2027.

To share energy from the eastern seaboard with South Australia, another link is being developed to run from near Wagga in New South Wales to Robertstown, north of Adelaide. Together with expansions to existing interconnectors between Queensland and New South Wales, and South Australia and Victoria, the future NEM is being designed to capitalise on the strengths of individual states.

Snowy 2.0 has been given the green li... Read more
Hydropower / Pumped Hydro Energy Storage
Battery of the Nation: Getting pumped about 4800MW of potential hydro in Tasmania image