A second interconnector with Tasmania is a step closer, with TasNetworks’ assessment of the business case finding a 1500 MW link is feasible and could begin operating as soon as 2027. 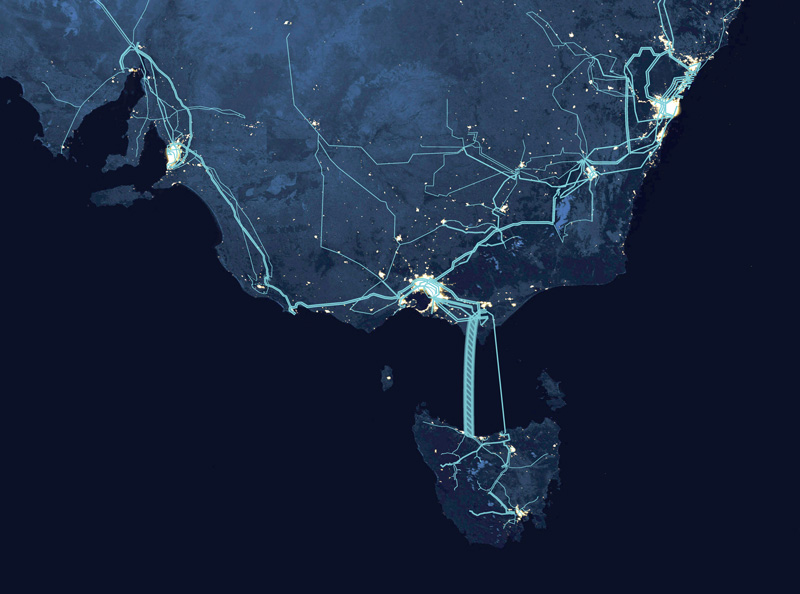 The business case found that 1500 MW is the ideal size for a second link, built with two separate 750 MW cables routed from near Burnie on Tasmania’s north-west coast to the Latrobe Valley in Victoria. The first 750MW cable could be in service by 2027, with the second phase commissioned in 2030 or 2032.

Estimates predict the Marinus Link will cost $3.5 billion and unlock up to $5 billion in new renewable energy investments over its lifetime.

TasNetworks CEO Lance Balcombe said he was pleased that the business case found the project to be commercially viable.

“Marinus Link and supporting transmission would unlock Tasmania’s cost-competitive generation and storage resources… together they are part of the lowest cost solution to provide dispatchable, clean energy to the NEM where and when it’s needed,” Lance Balcombe said.

“Therefore, we conclude that work should continue to progress Marinus Link and supporting transmission upgrades to a ‘shovel ready’ national infrastructure project, able to be in service from 2027,” he said.

The $10 million study was jointly funded by ARENA and the Tasmania Government.

“Tasmania has the potential to support the renewable energy transformation of the NEM that is currently taking place,” Mr Miller said.

“With this business case showing that Marinus Link is feasible, we could see its vast pumped hydro and wind potential playing a key role in providing clean, low cost and dispatchable power to the NEM in the future,” he said.

TasNetworks will now begin work on design and approvals phase of the project.

Tasmanian interconnector key to unlocking “Battery of the Nation” plan

Construction of a new interconnector between Tasmania and the mainland states underpins a plan to use Tasmania’s hydro and wind resources to support the nationwide transition to renewable energy.

First announced in 2017, the plan to make Tasmania the “Battery of the Nation” could add 2500 MW of capacity by expanding existing hydropower generators and building new pumped hydro plants.

That would more than double the total output of Tasmania’s existing hydropower stations and provide enough electricity to power 500,000 homes.

In March this year, Hydro Tasmania announced they have refined a shortlist of 14 potential pumped hydro sites down to three with a collective storage capacity of 2500 MW. Feasibility studies into each site are now being undertaken.

Up to 95 per cent of the state’s energy is already supplied by renewables, but with the existing Basslink interconnector at capacity, there is no scope to export additional electricity to mainland states in the NEM.

Studies into Hydro Tasmania’s plan to become the Battery of the Nation found the island state could play a significant role in the energy transformation over the next two decades, but only if a second interconnector is built to transit electricity across Bass Strait.

Snowy 2.0 has been given the green li... Read more
Hydropower / Pumped Hydro Energy Storage
Battery of the Nation: Getting pumped about 4800MW of potential hydro in Tasmania image

In the early years of the 20th centur... Read more
Hydropower / Pumped Hydro Energy Storage
View all related stories
Follow Us
Back to top