Seeking a shared vision of the future brought stakeholders together for the Distributed Energy Integration Program’s first big face-to-face meeting in three years. 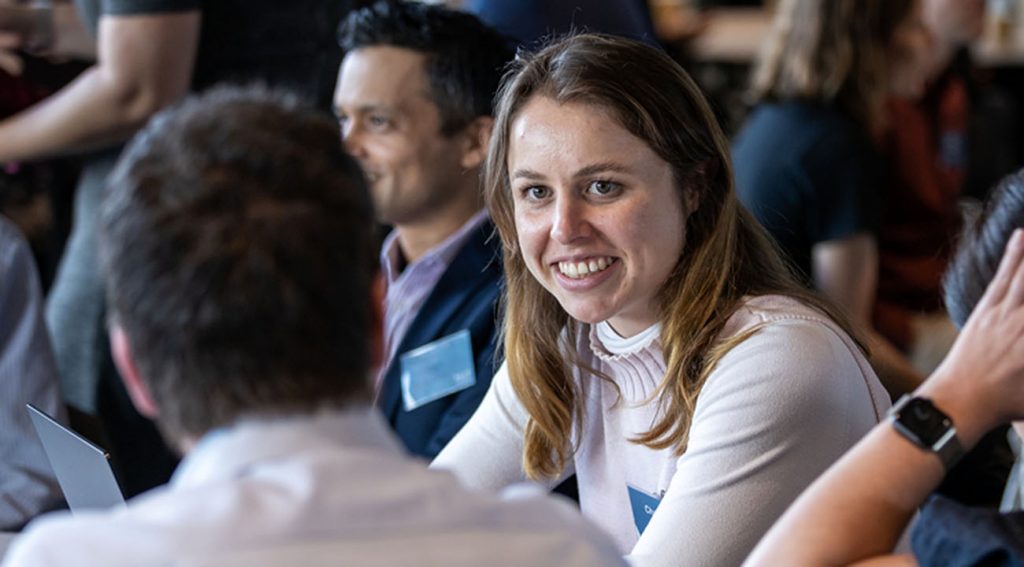 Sharing knowledge and generating ideas. That was the rationale behind the Distributed Energy Integration Program’s DEIP Dive 2022 event, hosted by ARENA and the ANU in Canberra.

“DEIP is really collaborative. So, having a real breadth of people involved and getting a broad range of opinions across the industry is really important for us to drive this space forward,” she said.

“We’ll talk about things like, what do customers actually want? How do we rebuild trust? The insight from those sessions will inform DEIP going forward and how we advocate for different things and what we do.”

Setting the scene, keynote speaker Professor Lachlan Blackhall reminded the meeting that questions around renewable energy are not necessarily new.

Tamworth in north-western NSW became known as the “First City of Light” after installing Australia’s first streetlight network in 1888. Tamworth’s population was then just 3,000.

One year later, the even smaller NSW town of Young followed suit. Shortly afterwards, the citizens of Young connected shops, offices and homes.

As electrical power rolled out across Australia, questions soon arose about the respective benefits of centralised versus distributed networks.

The importance of “trust”

But DEIP Dive conversations soon highlighted that technical or market considerations will inform only part of the renewable energy conversation going forward.

Instead, the subject that came up time and again was “Trust.”

How, in the light of recent deep mistrust of technology and institutions, can public confidence be restored to help the transition to a renewable energy future?

It is an issue close to the heart of DEIP Dive’s second keynote speaker Dr Hedda Ransan-Cooper. She leads the social science program within the Battery Storage and Grid Integration Program (BSGIP) at the ANU.

Dr Ransan-Cooper says it’s important to understand the “why” behind people’s reluctance to become part of DER networks or to allow their EVs to be used as a battery resource.

“People need to be involved in some way in these new technologies,” she said.

Does this work for you?

Dr Ransan-Cooper says the best way to understand barriers is to interview people in person. A skill that falls within the realm of social scientists.

“We can go to householders and say, ‘Does this work for you?’ ‘Do you see yourself in this future energy system?'”

“And people will tell you really practical things that you may not have thought of. “No, that’s not going to work for us because of X, Y and Z.”

As Rachele Williams put it: “It’s not just a technical space it’s also about consumer preferences, it’s also about market design. So, we really need to get a lot of ducks aligned in terms of making good long-term progress.”

As the world-leader in uptake of roof... Read more
Distributed energy resources
View all related stories
Follow Us
Back to top