Who’s missing out on renewables? It’s time to talk about energy justice

The rapid shift to new energy sources is outpacing land use planning in cities. 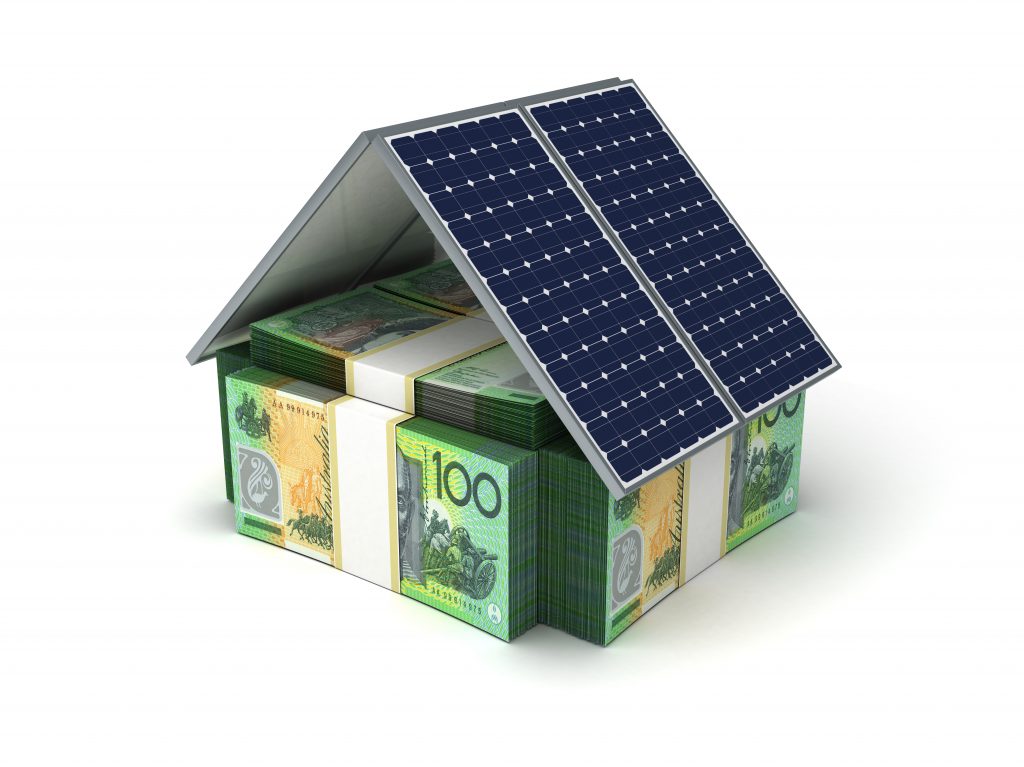 Model of solar home made with a foundation of Australian dollars.

As interest in renewable energy burgeons, another concern has emerged.

Improvements in renewable energy generation, energy efficiency and storage technology benefit more advantaged populations like homeowners. These innovations are generally beyond the reach of more disadvantaged groups like renters, pensioners, students and the working poor. Researchers see this as an emerging energy justice concern.

A recent report prepared by the Australian Council of Social Service, The Climate Institute and the Brotherhood of St Laurence, highlighted the disproportionate impacts of energy poverty. Current policy settings and energy price rises make life even more difficult for people who are already struggling to pay their power bills.

Energy price rises can affect residents’ ability to cool or heat their homes, cook food and get hot water. Ultimately, this can have dire consequences for people’s health and wellbeing.

Attention has been drawn to the inability of such households to tap into renewable energy in Western Australia and the Northern Territory. Less well known are the emerging opportunities to reduce energy poverty. These include solar leasing, energy co-operatives and landlord incentives.

Solar leasing is a strategy where a homeowner signs an agreement with a company to install solar panels. Up-front costs are limited and the system is paid back incrementally over its lifespan. In theory, this could enable landlords and low-income owners to gain access to cheaper solar energy.

There are many variations on such leases. One involves the owner buying power back from the leasing company, which sells surplus power to the grid. Another is where the owner obtains a low-cost loan, such as those offered by the Fannie Mae foundation in the US.

Some caution is warranted before entering such agreements, not least because leases can make homes harder to sell.

In Melbourne, the City of Darebin’s Solar Saver Program aims to help pensioners and other low-income earners get solar panels on rooftops. The panels are installed up-front and paid back through rates.

A second idea is to increase competition in the energy market by enabling communities to generate their own energy. Community renewable energy projects are an example.

But such projects need not be market-based. A recent innovation in New South Wales has been the development of an energy co-operative in Stucco apartments, a non-profit, student housing complex. This small-scale co-operative generates solar energy and stores it in batteries, selling it to tenants in the building, who are low-income students.

Several commentators have identified the need for better incentives and penalties to encourage landlords to retrofit properties to make them more energy-efficient.

This includes changing the tax system. If rental properties are upgraded – with insulation, more efficient hot water systems, energy-efficient stoves or windows – these costs should count as legitimate tax deductions. Currently, these improvements are not treated as repairs and instead are depreciated over time.

Similarly, new minimum standards for energy efficiency in rental properties are needed. The NSW BASIX system is a step in this direction.

The energy justice challenge for planners

Land use planning systems are typically future-oriented. But most of the buildings that will exist in the middle of this century are already built.

We need to update planning systems to better manage systemic changes in existing built environments. These changes include the transition to renewable energy and associated energy justice concerns.

There are possibilities for improvement. For example, planners can learn from early innovations like the Stucco model. Working proactively with community energy co-operatives could reduce uncertainty for all stakeholders, minimise time wasted and maximise returns for participants.

Planners can also develop new policies and processes – such as model town planning schemes – to work with communities in delivering other small-scale renewable energy projects such as community solar farms and microgrids. Another possibility is to alter strata title laws to make it easier to install solar in apartment buildings.

Modern land use planning was driven in large part by a desire to improve public health and social justice by regulating development. Today’s planners should regard efforts to improve energy justice as a new but entirely appropriate professional responsibility.

This article was originally published on The Conversation. Read the original article.

ARENA looks to the future amid renewable boom image

If you think Australia has some energ... Read more
General
Energy should be boring, experts agree. Isn’t that shocking? image

Energy is boring? Not if you’re a r... Read more
General
View all related stories
Follow Us
Back to top