Australia’s energy market is a prominent fixture in our daily news cycle. Amid the endless ideology and politics swirling around the sector, technical terms such as “baseload power” and “dispatchable generation” are thrown around so often that there is a danger the meaning of these terms can get lost in the public debate. 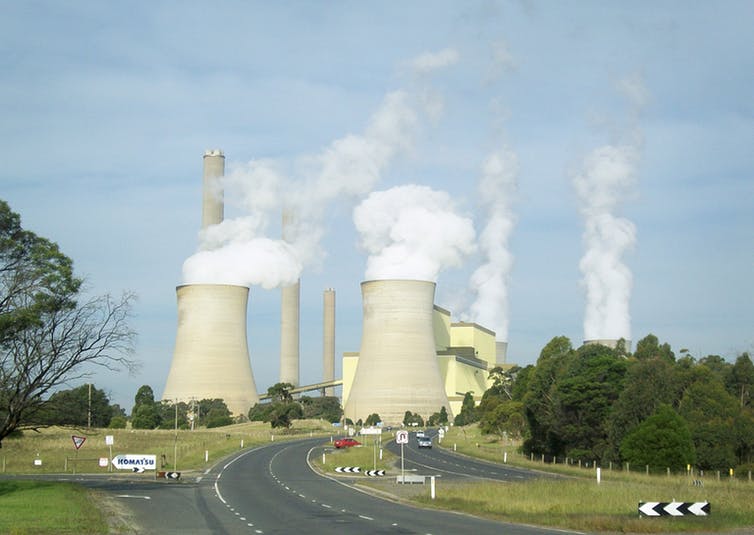 The term “energy crisis” is bandied around quite loosely with some confusion around whether the crisis is about prices or security of supply. The politics of this are infernal and largely avoidable if all sides had paid consistent and principled attention to energy policy over the 20 years since the formation of the National Energy Market.

It’s worth setting the record straight on the meaning of some of these terms and how they relate to climate policies, new technologies and the progression of market reform and regulation in Australia.

This glossary, which is by no means exhaustive, is a first step.

Baseload power refers to generation resources that generally run continuously throughout the year and operate at stable output levels. The continuous operation of baseload resources makes economic sense because they have low running costs relative to other sources of power. The value of baseload plants is mostly economic, and not related to their ability to follow the constantly varying system demand.

The term National Energy Market is confusing because it refers to a competitive market for wholesale energy mostly on the east cost of Australia. It doesn’t include Western Australia or the Northern Territory and also includes the gas system. The National Energy Market allows all kinds of utility-scale power resources to connect to transmission system to meet large-scale power requirements.

However, industry talk about the “energy market” or even the “NEM” can also refer to the entire supply chain that includes the networks for voltage transmission, and medium- and low-voltage distribution as well as the retailing to the end consumer. The prices consumers see include all these aspects of the supply chain. This can add significantly to confusion.

The wholesale market is referred to as a “market” because there is competition between generators. Each generator places daily price “bids” to sell power and adjusts quantities in up to 10 price bands every five minutes. In this way, the sale of power is matched to the available energy and performance of the generating unit.

The market works to efficiently dispatch all variable and “dispatchable” resources to minimise the cost of electricity. The Australian Energy Market Operator (AEMO) co-ordinates the National Energy Market.

The wholesale “spot” price at which power is traded in the NEM is based on the highest accepted generator offers to balance supply and demand in each region. This is intended to encourage efficient behaviour by generators, as well as to co-ordinate efficient directing of resources.

Storage refers to energy captured for later use, typically in a battery. Electricity has been expensive to store in the past, but the cost of storage is expected to continue to fall with the improvement of battery technologies. For example, lithium-ion batteries were developed for mobile communications and laptops but now are being upscaled for electric vehicles and utility-scale energy storage.

Due to traditionally low storage levels in the system, electricity has to be mostly generated within seconds of when it is needed, otherwise the stability of the system can be put at risk. Storage technology will become more valuable as the market penetration of wind and solar power increases. With declining costs of various battery technologies, this will become easier to deliver.

Peak demand is the highest rate of energy consumption required in a particular season, such as heating in winter or cooling in summer. It is a vital measure because it determines how much generation equipment is needed to cover for unexpected outages and maintain reliable supply.

Dispatchable generation refers to a type of generation based on fossil fuels or hydro power that can be controlled to balance electricity supply and demand. More flexible power plants based on natural gas firing (such as open-cycle gas turbines or hydro power plants) can operate at partial loading and respond to short-term changes in supply and demand.

Flexibility is the key here. Storage can provide flexibility as well, either from batteries or pumped-hydro storage. The need for such resources is becoming more urgent due to retirement of the older baseload plants and the growing amount of less emissions-intensive energy sources.

Synchronous generators in power stations spin at around 50 cycles per second. This speed is referred to as “frequency” (denoted Hertz, symbol Hz). Controlling this constant frequency is essential for maintaining voltage and thus reliability.

If there is loss of generation somewhere, extra power is drawn through the electricity network from other plants. This causes these generators’ rotors to slow down and the system frequency to fall. A key parameter is the so-called “maximum rate of change of frequency”. The faster the frequency changes, the less time is available to take corrective action.

Inertia refers to the ability of a system to maintain a steady frequency after a significant imbalance between generation and load. The higher the inertia, the slower the rate of change of frequency after a disturbance.

One critical concern is that inertia must almost always be sufficient to enable stable power. Given many coal-fired power plants are being retired, the amount of inertia is falling markedly.

Eventually power systems will need to provide inertia explicitly by adding synchronous rotors (operating independently of power generation) or by providing other power system controls that are able to respond very quickly to deviations in power system frequency. These can be based on a combination
of storage and advanced power electronics already available today.

Regional markets within the NEM

The National Energy Market cannot operate as a single market with a single price due to two important factors. It is not cost-effective to completely remove power transmission constraints between the state regions, and electrical losses in power transmission mean that each location requires a different price to efficiently reflect the impact of these losses.

When there are large power flows between regions, the prices can vary by up to 30% between regions due to losses. High prices occur when there is a power shortage relative to demand. Negative prices occur when load is less than the minimum stable generation committed. During periods of high prices (usually due to high demand or, less frequently, due to lower capacity) greater price differences can occur when the interconnectors reach their limits, causing very high-priced generation in the importing region to be dispatched.

In view of the long distances in the National Energy Market (4000km from end to end, the longest synchronous power system in the world), there are significant constraints in transmission capacity between the state-based regions. These constraints are given special treatment called “interconnectors”.

The marginal power losses across these interconnectors are calculated every five minutes to support efficient dispatch of resources and to ensure that the spot prices in each region are efficient and consistent with prevailing supply and demand. These interconnectors have limited capacity (due to overheating and other factors), however, and AEMO carefully manages their use to ensure balancing and inertia can be provided across regions.

Ancillary services refer to a variety of methods the market requires for consistent frequency and voltage control. They maintain the quality of supply and support the stability of the power system against disturbances. This frequency control is required during normal operation to maintain the continuous balance of energy supply and demand. For this purpose some generation capacity is held in reserve in order to vary its output up and down to adjust the total system generation level.

This difference between the maximum power output and the lower operating level is called “spinning reserve”. Spinning reserve is also required for output reduction to cover sudden disconnection of load or sudden increase in solar or wind power.

The upgrading of the transmission system, including the interconnectors, is a complex regulatory process. Transmission has a significant value across the whole electricity supply chain from producers to consumers.

This value is easy to measure given electricity market conditions at any given moment. But it’s difficult to predict when these interconnectors need to be built or replaced because some transmission assets can operate for up to 80 years. Significant co-ordination is required in planning new investments as the location and deployment timing of new renewable generation capacity is uncertain and variable.

Generators are paid the spot price for all their output, and consumers (via retailers) are charged at the spot price for their consumption by AEMO. This “trading” price is calculated every 30 minutes for the purpose of transacting the cash flows (as an average of the five-minute dispatch price). This process is called “settlement”.

There is a plan in place to move to five-minute settlement over the next three years. This would help reward more flexible resources (including batteries) as they respond more efficiently to the impact of sudden changes in output.

This article was originally written by Ariel Liebman, Deputy Director.

Here at ARENA we are big fans of inno... Read more
General
ARENA and friends take over the corridors of power image

The halls of Parliament House were hu... Read more
General
Energy should be boring, experts agree. Isn’t that shocking? image

Energy is boring? Not if you’re a r... Read more
General
Embracing disruption: How we’re moving from innovation to a reborn energy system image