There’s no way of getting around it; being in business means being in the business of energy. 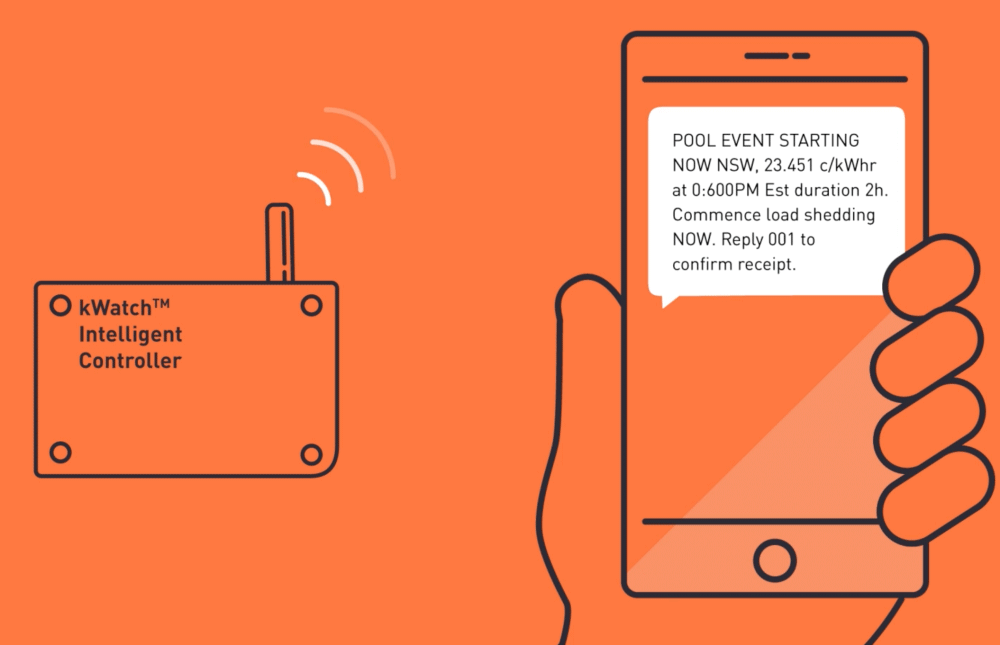 Some of Australia’s biggest companies are among its largest consumers of electricity. And a project that allows businesses to be smarter about how much energy they use and when they use it can only be good for the system as a whole.

It can also save them plenty of money.

That’s what Flow Power’s demand response project – one of ten that makes up ARENA and AEMO’s three-year trial program – aims to do.

The program will remove 200 MW of demand from the electricity grid, 143 MW of it by this coming summer.

Demand response aims to ensure a stable and reliable energy supply during the handful of days each year when peak demand spikes, such as during extreme heatwaves, and supply struggles to keep pace.

Flow Power’s project, to which ARENA and the NSW Government have committed $2.64 million, will involve 95 businesses who are large energy consumers in New South Wales.

“Our Customers vary considerably but are generally larger energy users that have ability to reduce or minimise some of their load in response to the signals provided,” the company’s David Evans says.

These signals can originate from AEMO to provide emergency response, but can also be economic signals that are derived from the spot market for electricity.

So why is that important?

Large energy users who purchase electricity with Flow Power, such as the ones in this project, choose to purchase portions of their electricity with wholesale market exposure (rather than through a fixed-price retail contract as smaller businesses or households do).

That means they are particularly vulnerable sudden shifts in the ‘spot price’ – a shifting wholesale price for electricity that rises or falls according to a five-minute snapshot based on supply and demand.

Times of spiking demand are not just a risk for the system (which is what demand response acts to mitigate) they also expose businesses such as these to higher costs. During peak demand times such as heatwaves, the spot price can soar from less than one hundred dollars per MW hour to more than $14,000 MWh.

READ MORE: THE 8 INNOVATORS BEHIND THE DEMAND RESPONSE PROGRAM

Given the high stakes associated with these markets, having high-level monitoring and control equipment, such as the technology involved in this program, offers businesses a distinct advantage.

“Our project is about installing equipment into customers’ sites that allows them to participate seamlessly in the demand response program,” Evans says.

The project will deliver important information about how demand response that is enabled and ‘dispatchable’ by AEMO can also participate in the ‘economic’ side of the market.

The automation that Flow Power’s technology provides will allow businesses to respond to a surging spot price much sooner, reducing their exposure to high prices and saving money.

What technology is that?

Flow will install it’s own K-Watch Intelligent controller at the sites of customers involved in the project. The controller, developed by the company at its base in Lilydale on Melbourne’s fringe, uses ‘internet of things’ technology to allow smart control over commercial operations that are energy intensive.

“The K-watch controller is a piece of hardware that’s installed on the customer’s site, allowing them to view their load and demand in real time,” Evans says.

“That allows them to make intelligent decisions about how they use their energy and when they use it.”

It combines live data feeds transmitting information on energy use and temperature, allows real-time email and SMS alerts, and is integrated with onsite equipment and generators allowing the controller to respond to a demand response event within minutes.

“That allows the customer to see in real time their usage, as well as us providing alerts to the customer based on their needs,” Evans says.

And during a demand response ‘event’?

“It also allows us to remotely power down and reduce load or transfer over to a generator as required.”

In a volatile energy market, the device is a reliable communication tool, which is installed at the customer’s place of business and has a 4G connection sending data back to the cloud. It is even able to make decisions about energy use during periods of communication difficulty.

“On a day when demand is very high and a signal is received by us from AEMO to provide demand response to the market we provide that signal to a customer through the controller,” Evans says.

The signal would then be used by the controller to reduce the load by an amount agreed to by the customer. The customer would always have the opportunity to agree to the demand response (or to opt out).

So how might a large business respond when it receives a notification from Flow Power?

Examples might include time-shifting energy use from technology such as refrigeration compressors or irrigation pumps.

“In many cases the customer has the ability to switch that off during a short period of time,” Evans says.

A refrigeration facility will have enough thermal mass to stay cool for several hours before restarting compressors when the demand response period has passed.

“We are really excited about the demand response program because it is going to allow customers to accelerate the uptake of demand response and integrate it into their businesses,” Evans says.

“And as a customer you can earn additional revenue through participation in the program of tens of thousands of dollars per year.”

Flow’s project will provide 5MW of demand response this summer, rising to 20MW by year three. That’s 20MW of demand removed from the grid at times, such as extreme heatwaves, when the system is struggling to balance demand with supply.

“We see demand response projects like this as critical for meeting shortfalls in the market,” Evans says. “Demand response can be delivered to the market at about 20-30 times less than the cost of battery storage.”

Two NSW schools are in a class of the... Read more
Demand response
Dispatchable energy warnings issued by AEMO image

Fifteen weeks is not a long time. But... Read more
Demand response
United in demand response: the power of 660,000 Victorian consumers image

United in demand response: the power of 660,000 Victorian consumers

Of all the ten demand response projec... Read more
Demand response
View all related stories
Follow Us
Back to top