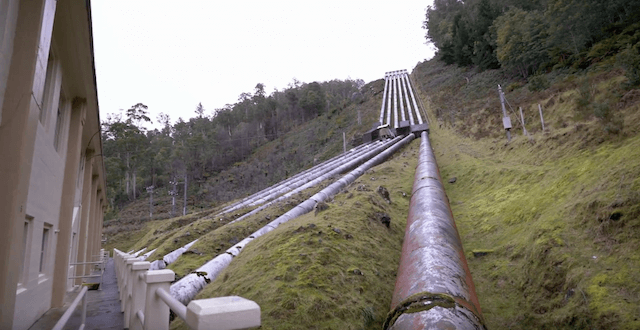 Located at Lake Cethana and Lake Rowallan in Tasmania’s north west, and near the Tribute Power Station in the state’s west, the sites will now be investigated further with the goal of having a preferred location operational by the time new interconnection to mainland Australia comes online.

In 2017, ARENA provided $2.5 million funding for feasibility studies into the Battery of the Nation proposal to create 2.5 GW of energy storage, including an initial $300,000 to explore possible pumped hydro sites.

The next stage will undertake feasibility studies to assess the suitability of each of the three preferred locations and engage with local communities.

The three shortlisted locations offer different volumes of storage capacity. Lake Cethana could provide 12 hours of capacity, or Lake Rowallan 24 hours. According to Hydro Tasmania, both would involve the construction of new upper reservoirs.

The third shortlisted site near the existing Tribute Power Station could deliver 31 hours of storage, with a new connection established between existing reservoirs at Lake Plimsoll and Lake Murchison.

As all three of the possible locations involve off-river pumped hydro, none would require any new dams to be built.

Tasmanian Energy Minister Guy Barnett also announced $30 million to progress feasibility around one of the pumped hydro locations to fasttrack its development so the first pumped hydro plant could be operational by 2025, when the Marinus Link could be completed and commissioned.

“This puts Hydro Tasmania in a great position to select one strong development opportunity that can be ready for more interconnection. We will be working closely with key stakeholders and local communities during this next period of investigations,” Steve Davy said.

The Battery of the Nation – which also includes feasibility work to redevelop the existing Tarraleah hydro scheme – would aim to expand Tasmania’s role in the National Electricity Market, and unlock investment in wind power, therefore allowing Tasmania to export electricity to the mainland. In a white paper released in December, Hydro Tasmania flagged there was already 400MW of dispatchable capacity available from demand side resources.

All of this will depend on additional interconnection capacity, as BassLink is already at capacity.

In February, ARENA and TasNetworks released the initial feasibility study which found that a second interconnector – proposed to be named the ‘Marinus Link’ – could become commercially viable by the early 2030s, or as soon as the mid 2020s, depending on when ageing coal generators are retired.

The final feasibility study report for the second Bass Strait interconnector is due at the end of the year.

Following the release of the initial report, Prime Minister Scott Morrison has announced $56 million to fast-track the Marinus Link, which has received support from both major political parties ahead of the upcoming election.