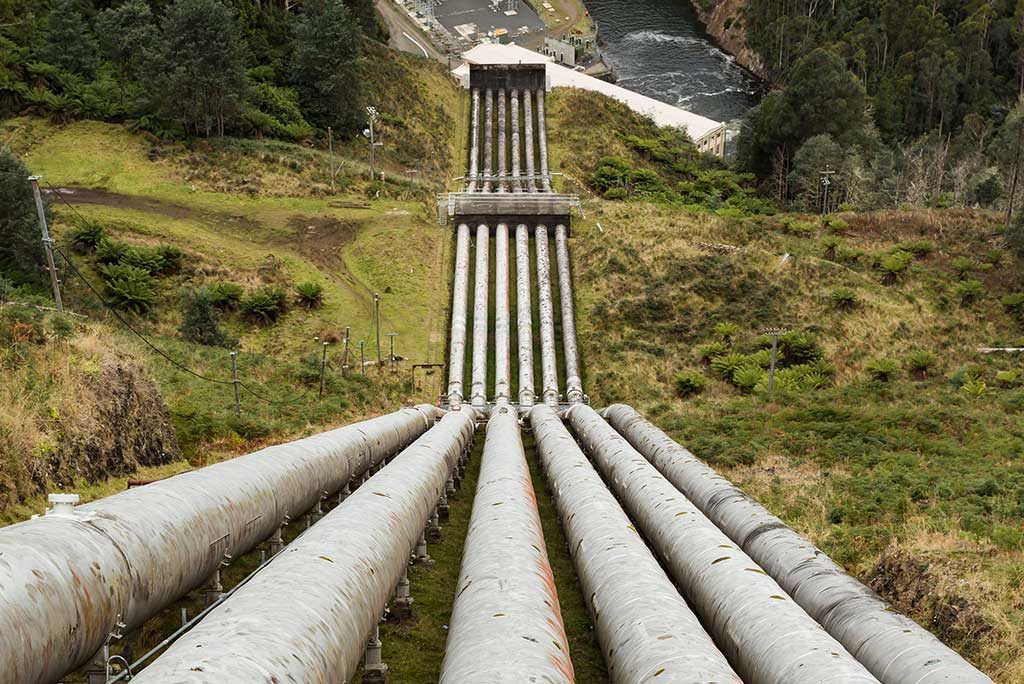 Sitting on the bank of the Nive River, Tarraleah hydro power station is the oldest of the network of 12 hydro plants that make up the Derwent hydropower scheme.

With support from ARENA, Tasmania is setting its sights on becoming the “Battery of the Nation” by exploring the potential to build 2500MW of new pumped hydro, expanding existing hydro assets, expanding the state’s wind generation and improving interconnection with the mainland NEM.

ARENA this week announced that it will provide up to $2.5 million in additional funding for Hydro Tasmania to complete feasibility studies into the proposed redevelopment of the Tarraleah power scheme.

The Tarraleah hydro power station expansion will more than double the capacity from 104MW to 220MW and include 20 hours of storage per cycle.

Since launching in 1914, Tasmania’s state-owned hydro electricity provider – under a number of names – has built a network of 30 power stations.

Tarraleah sits in the upper section of the Derwent scheme, releasing water from large lakes when there is demand for the plant’s electricity. The upper lakes are fed by the Nive and Derwent Rivers, providing a dependable supply of water to drive Tarraleah’s six pelton turbines.

The plant discharges into Lake Liapootah, which then cascades water through a series of downstream power stations in the lower section of the Derwent scheme.

Taralleah’s electricity could one day power homes across Bass Strait, according to a recent report funded by ARENA as part of feasibility studies for the “Battery of the Nation” project.

Exporting energy to the NEM will require additional interconnection, so ARENA is also jointly funding the development of a business case for a second link across Bass Strait with Tasmania’s network provider TasNetworks.

Hydro Tasmania CEO Steve Davy is optimistic that their plants can deliver a flexible a stable supply of energy to compliment growth in solar and wind.

He said while pumped hydro and wind power attract most of the attention, getting more electricity from existing hydropower assets would also be crucial.

Hydro Tasmania believe Tarraleah’s redevelopment could give the plant another 80 years of life.

“This work helps us understand the opportunities for Tasmania’s renewable generators to make a larger contribution to the National Electricity Market,” he said.

“We know that the energy market will transform in coming decades as renewables supply more of our electricity, and rooftop solar and residential batteries make up a bigger part of the system.

“The studies underway in Tasmania will help us map out the best options to maximise the flexibility of the system and deliver value for consumers and the market,” he said.