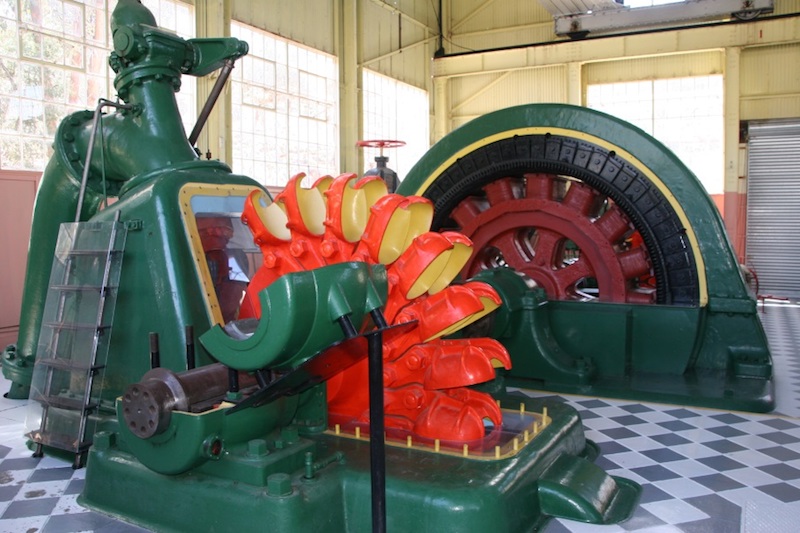 With Snowy 2.0 officially signed off by its board this week, Tasmania’s ‘Battery of the Nation’ making progress and the NSW Government announcing its pumped hydro roadmap, all signs point towards the technology underpinning Australia’s renewable energy transition.

The resurgence of interest in hydroelectricity marks a back to the future moment for Australia’s energy generation.

Since Tasmania’s Waddamana hydropower plant supplied Australia’s first transmitted electricity in 1916, other states took a different path. In 1921, the first sod was turned at the site of Gippsland’s Loy Yang A brown coal power station, which was sending 75 MW of electricity towards Melbourne. Other mainland states also took advantage of plentiful supplies of coal.

Now, in the search for more low emissions sources of electricity generation, hydroelectricity is making a comeback in a big way.

Unlike hydro plants of the past, the new generation are embracing pumped hydro technology. Using excess renewable energy at periods of low demand, water is pumped uphill to be stored in a reservoir that functions like a ‘natural battery’. When energy demand and prices rise, the water is released to power a turbine to create electricity.

Compared with other storage options available today – like grid scale batteries that are most cost effective for short periods – pumped hydro can produce large amounts of electricity over a long duration. While there are only a few pumped hydro systems operating in Australia today, almost all of energy storage capacity in the USA is supplied by pumped hydro.

And plans are in place to dramatically increase Australia’s pumped hydro capacity as more renewables come online and the need for storage grows.

This week, the board of Snowy Hydro approved the “Snowy 2.0” plan to add 2,000 MW of new renewable pumped hydro capacity to the iconic Snowy Hydro Scheme.

Located between Sydney and Melbourne in the Snowy Mountains, the proposed expansion will bolster the National Electricity Market (NEM) with 175 operating hours of storage.

In a statement released after the meeting, Snowy’s board said that “After almost two years of rigorous due diligence on every aspect of the Project, including detailed financial analysis and ongoing geotechnical drilling, the Board is confident Snowy 2.0 is a strong investment for the Company.”

Snowy 2.0 will now need to be approved by the Federal Government, as the sole shareholder of Snowy Hydro after the Commonwealth bought out NSW and Victoria.

Federal Minister for Energy Angus Taylor has now said the government will now consider Snowy 2.0 on their merits.

For Tasmania, hydroelectricity has never gone away. The technology first revolutionised industry in the 1920s before growing to today supply more than 90 per cent of the state’s electricity requirements. Now work is underway to scope whether the island state could become the ‘battery of the nation’, supplying storage for the NEM as renewables take over from aging coal plants.

ARENA funding is supporting the studies, including the scoping of potential new pumped hydro locations. As part of the project, Hydro Tasmania has found 14 locations for new pumped hydro storage, with a total generation capacity of 4800 MW. The shortlisted locations are being refined further to meet the target of 2500 MW set out in the Battery of the Nation plan.

This week, the Tasmanian Government – with Minister Taylor – put out a white paper with analysis from Hydro Tasmania that outlined how the proposed second interconnector across the Bass Strait would unlock new renewable energy generation.

At present, Tasmania exports electricity to the mainland at Basslink’s capacity.

Hydro Tasmania’s analysis also indicated that 400 MW of “latent dispatchable capacity” in the system could be unlocked with no new investment required, with more interconnection and the right market signals.

More capacity could also be found by upgrading existing hydro assets at Gordon and Tarraleah.

New South Wales is now looking to build on Tasmania’s success, releasing a plan to “supercharge nature’s battery” 24 potential pumped hydro sites shortlisted for development. With 7000 MW of capacity, the NSW Energy Minister Don Harwin said the projects could supply 50 per cent of the state’s peak demand on the hottest summer days.

The Minister said the “roadmap will drive investment to ensure our energy system in NSW is robust and reliable into the future, better for our environment and importantly – cheaper for households and businesses.”

In late October, ARENA announced funding for Origin Energy to scope the feasibility of almost doubling the capacity of its existing Shoalhaven pumped hydro power station in the NSW Southern Highlands which was built back in 1977. If the project proceeds, Origin’s Shoalhaven plant could provide power to 80,000 homes.

Based on the events of the week, it is a safe bet that pumped hydro will play an important role in Australia’s transition to renewables.

Back to the future with pumped hydro energy storage image

Reservoirs of water are poised to pla... Read more
Hydropower / Pumped Hydro Energy Storage
View all related stories
Follow Us
Back to top