Australia’s Northern Territory is a big place. It involves remote communities spread vast distances apart and those communities, like all people, have energy needs. 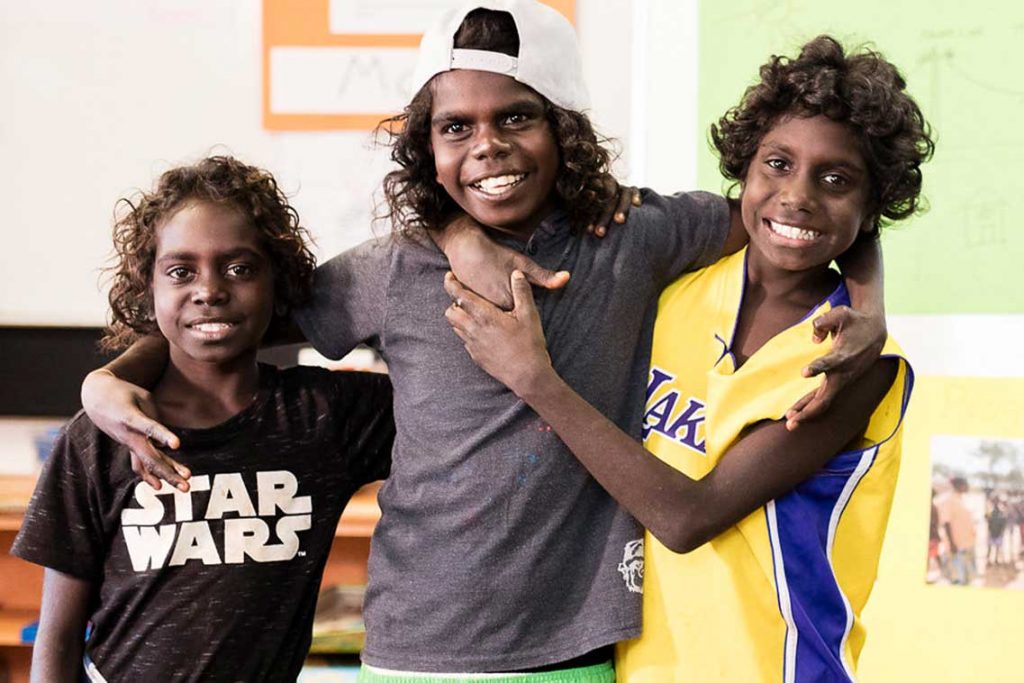 Children from the local community embracing eachother at school.

The Solar SETuP project, funded by ARENA in partnership with the Northern Territory Government’s Power and Water Corporation, has a hugely ambitious goal: To use renewable energy to power more than two dozen of Australia’s most remote communities, reducing the need for diesel fuel and creating a sense of greater energy independence and economic activity in communities that can benefit greatly from both.

A few weeks ago we sent veteran journalist Chris Johnston to two remote communities, Maningrida and Daly River to find and tell the story of these projects.

We also sent videographer Cian McCue and photographer George Fragopoulos along to capture images and footage.

Their brief was to talk to locals, to get a sense of how the project has taken shape and what change it has already brought to the communities involved.

For Johnston – one of Australia’s best feature writers – it was a memorable experience.

“Apart from a brief moment of existential fear when a light aircraft taking us from Maningrida to Ramingining – over the Arafura Sea – decided to have engine trouble, forcing us to turn back, the trip to the Territory to have a look at indigenous solar farms was incredible,” he says.

“It became clear very quickly what a natural solution solar is for remote communities, and how well government organisations have worked with the traditional landowners to make things happen. Highlight? The school visit, hands down.”

It’s a story about a big idea and some of the people who are bringing it to life. And we’ve decided to tell that story using Shorthand, a multimedia storytelling tool that allows pictures, words and video to be brought together into a single experience.

We hope you enjoy it.

Note: SETuP for life works on all devices but we recommend viewing this story on your notebook or desktop PC for the richest experience. So what are you waiting for? Click on the button below…

How Aussie solar could power a new space race image

In September 2016, when ARENA announc... Read more
Solar energy
View all related stories
Follow Us
Back to top