Look up, for a second. If you’re in Victoria, above your head is an estimated 104km2 of roof-space on commercial buildings. That’s in just one state. 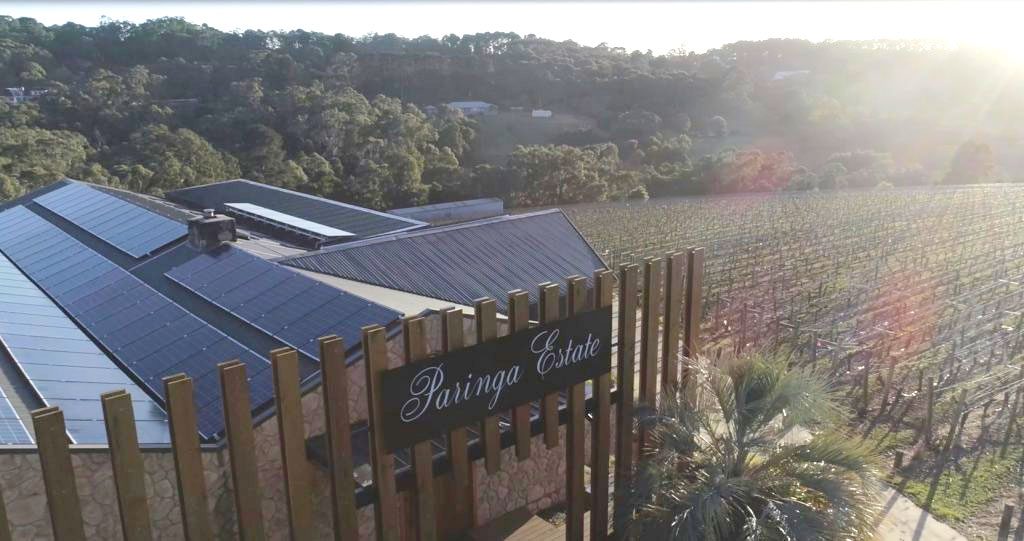 Paringa Estate on a sunny day.

Imagine a world where it was filled with solar panels.

That space – just the commercial rooves in Victoria – would produce enough solar power to supply between one third and one quarter of Australia’s total energy needs.

Sure, I hear you thinking, “wouldn’t that cost a fortune?”.

Well, yes it would (about $19 billion). But what would be the return on that cost?

Here’s where it gets really interesting. For an increasing number of the approximately 570,000 businesses under these rooves, if financed correctly; the investment of installing rooftop solar would be worth it.

The money those businesses are spending on electricity bills would be reduced by an amount greater than the loan repayments required to finance them.

That means more and more businesses can now finance solar on their rooftop and have more cash in their business as a result. They just need a helping hand.

What kind of helping hand?

Environmental Upgrade Finance (EUF) was first conceived in the City of Melbourne in 2010. It was created because, then just as now, there were commercial opportunities in projects such as installing solar and improving energy efficiency, but businesses faced barriers to investing in such projects.

For one thing, the majority of business in the state of Victoria, don’t own their own building. In fact, around 54 per cent of all businesses are tenants, which makes investment hard. Why put up the cash to finance rooftop solar for your building when it isn’t really your building?

EUF addresses these barriers, which enables 100 per cent of project costs to be financed, regardless of whether you are a tenant, landlord or owner/occupier.

At the highest level, EUF is a loan provided by a lender like Sustainable Melbourne Fund, to a building owner. Repayments are collected by local governments via a special council rate, called an Environmental Upgrade Charge.

Unlike other forms of finance, EUF doesn’t require a mortgage, directors’ guarantees or registered security interests on the Personal Property Security Register (PPSR).

The Environmental Upgrade Charge is a charge on the land (just like normal Council Rates). It can therefore be transferred between owners or tenants upon sale or change of occupancy. If a business moves premises, the new tenant simply picks up the future rate repayments.

So how do we make such finance more widely available?

Well, there are 79 different local government areas in Victoria. For EUF to be available to these businesses, each of those Councils needs to offer it to their community.

Not just that. Each of these Councils need to offer EUF in a manner that is the same as the other 78. Without such consistency, the rules and documentation become confusing and the result will most likely be the creation of a non-competitive market with economic inefficiencies.

We’re helping with that

ARENA and SMF have partnered for a 3-year $1.77M project to help build an efficient and competitive marketplace. That means that the rules, processes and costs of utilising EUF, no matter the Council region, can be the same.

The partnership started in April 2016, with a program to target 15 local governments throughout Victoria to open up EUF offerings using the template approach developed and tested by SMF in the City of Melbourne since 2010.

It has been successful; 14 local governments have been opened up in little over 12 months (outstripping expectations of 15 over 2 years).

Additionally, $8.25m in investment has been committed across 13 businesses. That group, which includes Paringa Estate and Booth Transport are collectively saving $1.5million a year.

Truly efficient and competitive marketplaces require scale. And having just 15 of a total of 79 councils offering EUAs doesn’t quite provide it. Scale of a marketplace is required to enable market participants to justify the cost of entering into it. General market understanding of the new product needs to be increased and raising this awareness takes time, money and expertise.

Market entry will increase when businesses, who provide the services into that market, can observe a growing, scaleable and liquid marketplace. This is why ARENA and SMF have extended upon the partnership to open up a total of 30 Councils in the coming two years.

This partnership will deliver a marketplace of suitable scale and investment opportunities to encourage market entry. That, in turn, increases market competitiveness which then encourages market expansion.

The potential marketplace is big – $19 billion in solar panels alone. And that doesn’t even take into account the broader range of industry sectors or the types of other projects and technologies that can be financed (for example energy productivity and water efficiency). Virtually anything that delivers a positive environmental outcome could be included.

What kind of businesses are making the shift?

As EUF was started in the City of Melbourne, many assumed that it would mostly be applied to commercial offices. But since expanding beyond the boundaries of the CBD, projects in such industries as wineries, hospitality, transport and distribution and agriculture have been undertaken.

Take Booth Transport in Laverton. Without providing any of its own cash upfront the business, which employs 600 people and has relatively high energy costs, has installed a 100kW solar array and LED lights. The savings from these projects are greater than the repayments under EUF and they have more money in their business as a result.

The company will save around 30 per cent of its current power bill and there are plans to reinvest that money back into the business.

Or there’s the very happy winery, Paringa Estate, which has taken advantage of EUF, and installed a 27kW solar array atop their restaurant and cellar door.

In order for this market to be a success two additional things need to happen:

The last point specifically is going through some significant changes. The solar industry in Australia originally began to take off in the residential sector with generous subsidies and feed in tariffs spurring growth. More recently, growth has moved, with the help of ARENA and CEFC, into utility scale projects.

Commercial scale solar is now starting to grow significantly based increasingly upon the project economics. With the helping hand of EUF and partnerships like that of SMF and ARENA, we expect commercial scale renewable energy to increasingly become a compelling business need.

A new facility will supply ‘dispatc... Read more
Solar energy
View all related stories
Follow Us
Back to top