As Phil O’Neil describes it, if you’ve ever watched footage of a rocket taking off, you’ve seen hydrogen in action. 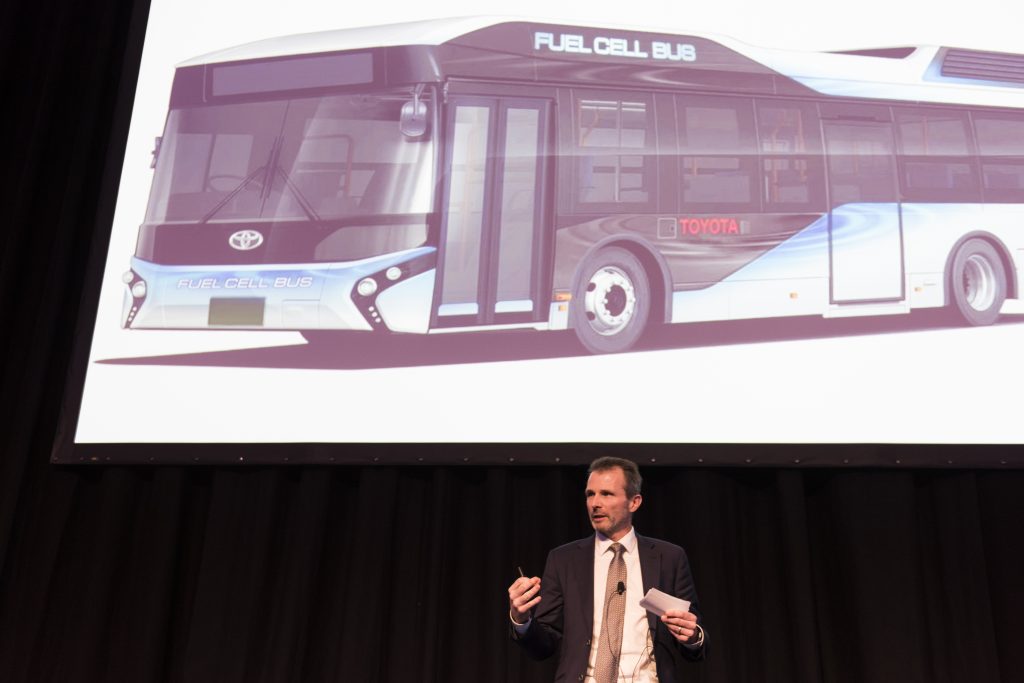 But such spectacular applications for the world’s most common element don’t make it any easier to harness, the senior Advisian associate outlined to a packed audience at ARENA’s Innovating Energy Summit in Parliament House, Canberra.

In the third of our video series featuring leading thinkers in energy, O’Neil sets the scene and identifies the challenges ahead for hydrogen to rise to its potential as Australia’s next renewable energy export.

The interest in hydrogen is so great that ARENA is currently calling for requests for information about its possibilities for export. And as with our other videos in this series, be sure to scroll down to watch O’Neil’s post-presentation Q&A session.

READ MORE: HOW HYDROGEN COULD SOON BOIL YOUR KETTLE

A question of process

While abundant, hydrogen is particularly difficult to process, “with losses at every step”.

“In fact hydrogen is so hard to find on its own that it’s not even considered a fuel, it’s considered an energy carrier. That means you’re going to have to put energy in to make it in the hope that you’re going to get energy back out at the other end,” O’Neil says.

By O’Neil’s estimate, by the time hydrogen molecules in water are split from oxygen, processed through electrolysis and exported overseas via a carrier such as ammonia to be used to power a car, electricity losses will be up to 70 percent. So why do it?

“But then you’ve now got an energy dense carrier you can export renewable energy to other countries and that’s quite a breakthrough, I think, especially if you’re in a country where you’ve got lots of neighbours perhaps you don’t like and you don’t want to create transmission lines through other countries.”

With South Korea pledging to convert 26,000 natural gas-fuelled buses to hydrogen over the next 13 years, and Japan keen to demonstrate its shift to carbon at the 2020 Olympic games, opportunity is opening up.

To make it work, he says, the efficiency of electrolysers would need to increase and the cost associated with renewable energy would need to continue to decline.

“If a low loss hydrogen carrier were developed then maybe hydrogen could become a low carbon export fuel.

“That could really be an industry that could take off for this country.”

One of the world’s largest ammonia ... Read more
Hydrogen energy
How we’re getting involved with Australia’s next big energy export: Hydrogen image

Australia is a nation of abundant ren... Read more
Hydrogen energy
View all related stories
Follow Us
Back to top