The CSIRO’s chief solar scientist Wes Stein, in his address to energy leaders at an ARENA summit in Canberra, hit the nail on the head. 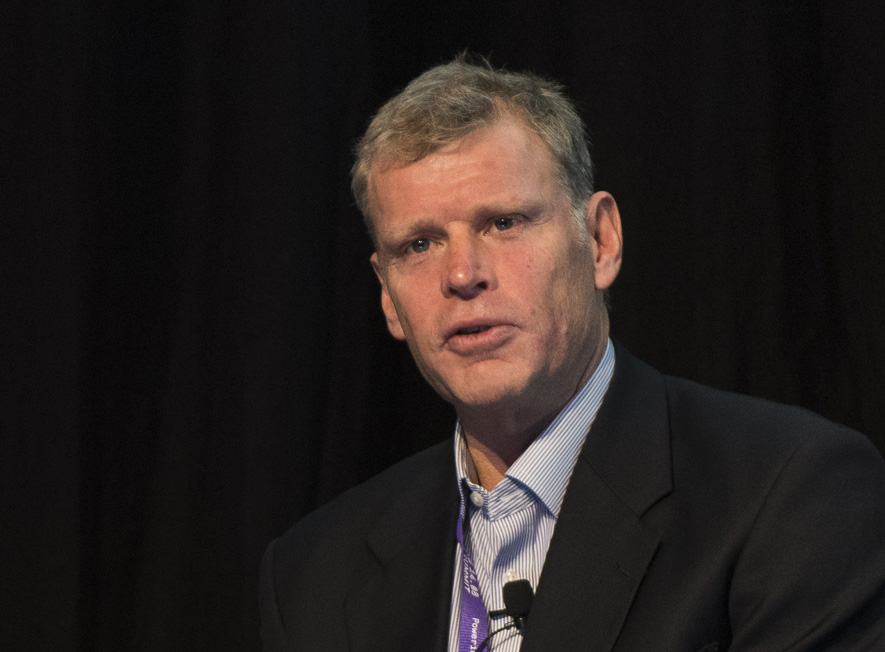 “Electricity never used to be this difficult and it was never this much fun, either.”

With more diversity of supply than ever before in the electricity market, ensuring the system works reliably and equitably is a complex task. But it’s also brimming with innovation and new ideas and Stein says Concentrated Solar Thermal technology is a source of untapped potential here in Australia.

In his address to ARENA’s Innovating Energy Summit, Stein outlined the steps needed for Australia to capitalise on what CST (or CSP, concentrated solar power) can deliver. It’s one in a series of lightning talks we’re presenting by leading thinkers in renewable energy – scroll down further for his Q&A session with ARENA’s Phil Cohn.

“One of the attractions of CSP is that you can integrate nicely with other thermal power sources, not just through the grid but actually on site,” he said. “We could over time see the level of gas dropping and the level of thermal energy storage integrated with a solar thermal plant increasing.”

CST can be generated in a number of ways but a popular approach uses a field of heliostat mirrors to follow and reflect the sun’s heat on to a solar receiver. Sodium or molten salt is pumped up to the receiver and returned to a hot tank where it is stored until needed.

READ MORE: WHAT IS CST?

It has been used for decades overseas but few Australian projects exist. ARENA has invested $35 million in the establishment of the Australian Solar Thermal Initiative (ASTRI) to enable Australian universities to collaborate with US institutes and companies on “over the horizon” initiatives, and last year ran a request for information on the technology.

Stein said investing in research and development was “critical” for the Australian industry and while the greatest costs would come early, he predicted the price of rolling out CST plants would decrease quickly.

“Certainly the first projects that we build will be expensive that’s for sure, but very quickly the electricians, the concreters, the boiler makers will sharpen their pencils and say “I’ve built one of those before; now my cost will be 20 percent lower.”

He said there were currently 2 million square metres of solar collectors operating commercially worldwide, with Spain alone building 2.4 gigawatts-worth in a couple of years. Morocco, Saudi Arabia and the United Arab Emirates have all invested in CST but it is in China’s plan to double the world’s CST installations by 2020 that Stein sees the most potential for the CSIRO and Australian industry.

“There is a dying need for projects to be built here locally but right now I’m getting most interest from overseas and particularly from China,” he said. “They want to double the world’s production capacity in the next four years, they haven’t got the time to develop heliostats and the technology themselves so they’re buying it from elsewhere so that could potentially be quite lucrative for CSIRO.”

Australian solar researchers are leading the world. Let’s help them get even better image

In September 2016, when ARENA announc... Read more
Solar energy
View all related stories
Follow Us
Back to top