We are at the start of a critical decade for the world and for Australia. To reach net zero emissions by mid century, ARENA CEO Darren Miller says that we must take steps today. 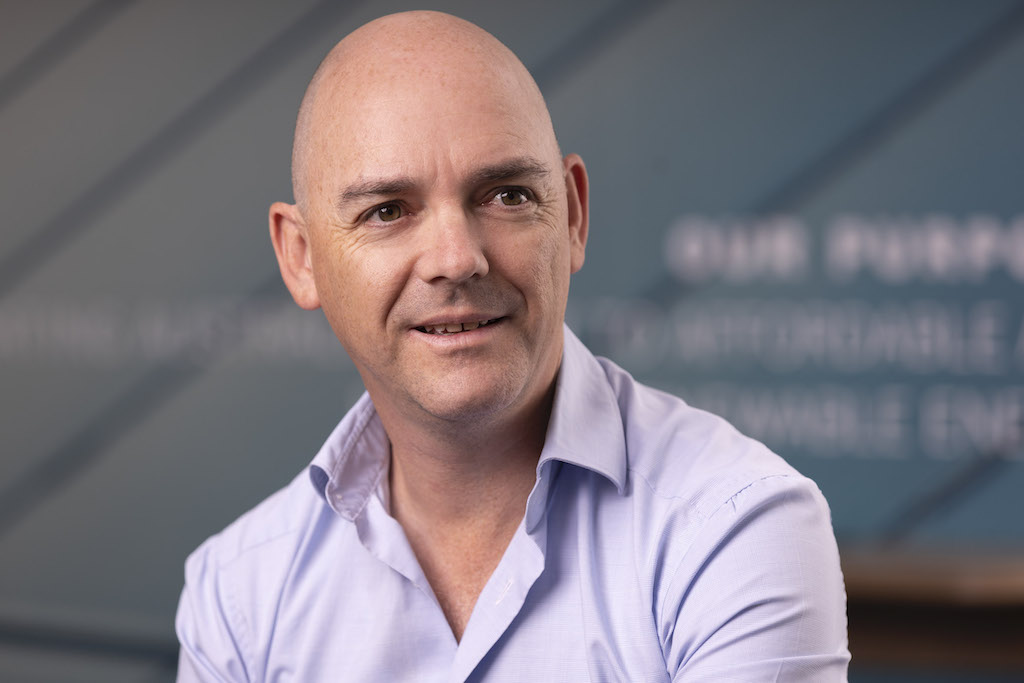 These steps towards net zero emissions are not just about meeting our international commitments. It is as much about taking advantage of the immense opportunities, given Australia is blessed with some of the best conditions on the planet to produce, use and supply renewable energy to the world.

Success is not just scraping over the line in the race to decarbonise, but being a major player in the top league of countries positioned to succeed in a very different global energy system.

In terms of technology, economics and basic physics, the most important thing is to green our electricity system. It is widely understood and accepted that modern well-located wind and solar farms are the cheapest way to produce electricity. The International Energy Agency has called solar the “cheapest source of electricity in history”. However, this simple fact belies the complexity of change.

Firstly, we are not starting from scratch: we have 34 GW of existing coal and gas fired generation capacity in Australia. For renewable generation to win it needs to outcompete the established generation on operating costs alone or wait for these assets to reach the end of their technical lives. With an ageing fleet and the zero marginal cost nature of wind and solar already testing the revenue streams of thermal generation, this asset replacement narrative is already starting to play out.

Storage technologies are available to solve this problem but they come at a cost. Pumped hydro facilities like Snowy 2.0 and Genex in central Queensland, both of which ARENA has supported, are examples of dedicated pumped hydro facilities that can balance a system with increasing shares of variable renewables. Lithium ion batteries have made great progress, experiencing around a 90% cost reduction over the past decade. The race towards EVs has enabled the scaling up of this industry and the cost reductions have followed. Lithium ion batteries will play a crucial role in balancing our electricity system and providing the storage we need to meet our morning and evening peaks. ARENA has already provided around $60 million to six large-scale batteries with over 200 MW of capacity in the NEM and we are confident that the technology can provide the system security services and intra-day storage that our future system will need.

The third challenge is that our electricity system has been designed for the one-way flow of energy from coal generators near our coal mining regions to homes, businesses and industry at the end of long thin lines. The future system needs transmission in new places and our distribution grids need to evolve to accommodate the ever increasing rooftop solar capacity that is testing the physical limits of these grids. ARENA has invested over $144 million on distributed energy technologies and innovations all aiming to modernise the distribution grid and leverage the important role that customers will play in the future system.

Electricity only represents around one-third of Australia’s emissions and achieving our ambitions requires solutions to the other two-thirds which comes mainly from industrial or process heat, transport and agriculture. And this is where things get harder because some of these sources of emissions cannot yet be solved through electrification and non-electric solutions are only just being explored.

A case in point is steel making which represents 8 per cent of the world’s greenhouse gas emissions. Every ton of steel produced today is responsible for two tonnes of carbon dioxide emissions and there is no commercially viable way to solve this today.

Australia is a relatively small steel producer with just 0.3 per cent of the world’s steel supply. However, Australia accounts for 40 per cent of the world’s iron ore production, the key ingredient in steel making. That’s a factor of 133 times difference in our role in the production of the raw material versus the finished product. Although the emissions associated with our iron ore are accounted for overseas where the steel mills are located, how these emissions are reduced is of strategic importance to Australia from both a risk and opportunity perspective.

Hydrogen produced from renewable sources is an emerging solution to strip out the oxygen atoms from iron ore and provide the pure iron required by modern electric arc furnaces to produce green steel. Australia is viewed as a potential leader in the production of hydrogen given our vast amounts of sun, wind and land. If we can utilise these resources to upgrade our iron ore to Direct Reduced Iron (DRI) we can make use of our abundant renewable resources, add value to the products we produce, create jobs, benefit our economy and help solve global emissions — all at the same time.

ARENA is leading the way in Australia with our support for renewable hydrogen technologies and projects. We have committed over $160 million to hydrogen projects over the past few years, including our most recent announcement of $103 million to fund the construction of three 10 MW electrolysers, one for the production of green ammonia and two for blending green hydrogen into our gas networks. But green hydrogen is currently too expensive. To reach the Government’s cost target of $2 per kilogram we need to reduce the cost of electrolysers by 80-90 per cent from today’s levels and halve the cost of solar and/or wind generation. This is by no means impossible; we’ve seen the cost of solar modules come down by 90 per cent over the past decade due to a concerted global effort to support demand, build supply and fund new research and development. We see a similar opportunity for electrolysers as we scale up the industry. And there are more gains that can be made with solar and wind technology which each still only represent single digit percentages of global energy supply.

The cost of solar has fallen dramatically, but further reductions to the cost of generation will be needed to unlock emerging technologies like green hydrogen.

Australian researchers are at the forefront of innovation into new solar PV technologies and ARENA has been a key funder of this research over the past decade with over $100 million already committed to supporting solar PV R&D at Australian research institutions. PERC cells, invented by Australian researchers, are now the dominant PV technology globally with over 90 per cent of global manufacturing having switched to PERC cell technology. We are reaching the theoretical efficiency limits of silicon but new materials stacked on top of silicon, so called tandem cells, are where the research efforts now need to go. These allow us to break through the theoretical limits of silicon and unlock efficiencies above 30 per cent; the holy grail for a commercial PV module.

If we can successfully reduce the costs of electrolysers and achieve a step change in solar PV efficiencies and cost reductions in the way solar farms are built, then we can potentially produce clean hydrogen at closer to $1 per kilogram. This would be enormously beneficial as it would allow us to replace natural gas as fuel for high grade heat in industry and in gas peakers for reliable electricity for the days and weeks every now then when solar and wind drops off and pumped hydro and lithium ion batteries are too expensive to provide such long duration storage.

Hydrogen also has a role to play in abating emissions from long distance and heavy transport. Planes, ships, trains and heavy haulage vehicles can all be made to run on hydrogen or a green fuel derived from hydrogen.

Passenger vehicles and light transport, however, are likely to be solved with electrification and lithium ion batteries. Passenger electric vehicles are simpler, more efficient and zero emissions (when supplied with renewable energy) compared to traditional internal combustion engine (ICE) vehicles. Costs are coming down rapidly and many forecasters are estimating cost parity with ICE vehicles within the next few years. ARENA is focused on supporting the build-out of recharging infrastructure; with $21 million already provided to build the first two publicly accessible inter city charge networks and at least $16 million to support the next wave of metropolitan and regional charging stations in Round 1 of our Future Fuels Fund.

Renewable energy, storage, electrification and hydrogen will probably get us 80 per cent of the way to net zero. The remaining 20 per cent will require us to become more energy efficient, solve methane emissions from livestock, capture and store emissions from industrial processes such as cement making where carbon emissions are a fundamental part of the process, and implement negative emissions technologies such as direct air capture and storing carbon from the atmosphere in our soils through regenerative agricultural techniques.

Most of the solution to reaching net zero emissions involves a massive expansion of our electricity generation system. Electricity is the main and best solution and renewable electricity is the only technically and commercially viable option in Australia. Australia has a key role to play in helping the world decarbonise, and this should rightly be viewed as a once-in-a-lifetime opportunity on a national scale.

We see a future where Australia produces thousands of terawatt hours of renewable electricity; five to ten times more than is supplied by our electricity system today. This electricity will not only be used to provide zero emissions lighting, heating and cooling to our homes and businesses, but will be used to power our transport and heavy industry — either directly or through the production of hydrogen.

This electricity will be sourced from building new solar and wind, both connected to our grids and off-grid in remote locations; and in the case of solar, on our roofs too. With the right mix of storage and peaking technologies, transmission and interconnection, demand side flexibility, we can get to a scale that allows Australia to transform our domestic economy and supply clean energy to other countries without the same natural resources.

We need to bring together technology, finance and society to solve the most pressing issue facing this generation. With a concerted effort and commitment to action, Australia can be a leader amongst nations, a shining example of what is possible if you have the right ingredients and the right ambition.

Energy should be boring, experts agree. Isn’t that shocking? image