More than once signs have pointed Nada Kalam in another direction. 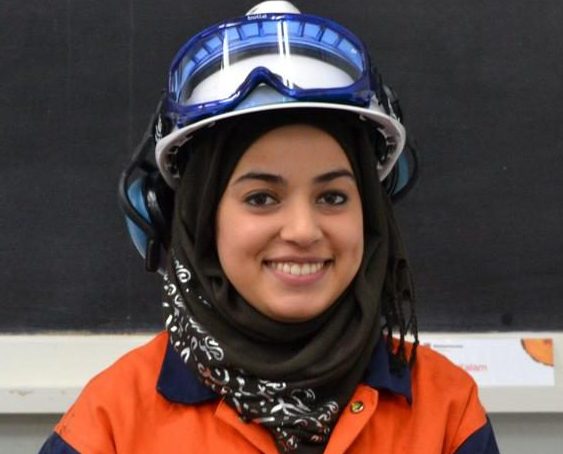 There was the careers advisor at high school who told her that “girls don’t do engineering” and the lecturer on her first day of university who said that by the end of their degree only 30 percent of the class would graduate – and most wouldn’t be female.

Not to mention the assumptions she’s stared down since becoming an electrical engineer, correcting people that yes, the project engineer is a she, and that yes, she has ideas worth listening to.

And in the world of energy, where it’s estimated women make up only 20 percent of the workforce and only 6 percent of its leaders, it can often feel like she’s in a pretty select group. Sometimes a group not much bigger than one.

“Patriarchal society is alive and kicking anywhere we go and I think that it needs to change. If that needs to change in an industry that is very much needing female perspective, then so be it, I want to be part of that change.”

This episode of The Innovators explores a recognised issue within the energy sector: women’s representation. Earlier this year, ARENA signed up to a Women in Renewables leadership pledge which acknowledges more work is needed to ensure greater numbers of women in powerful positions within the industry.

The 28-year-old Kalam speaks eloquently about her experiences pushing past roadblocks as she’s pursued a career in engineering and, as an energy systems engineer with Telstra, we also get an insight into how one of Australia’s largest energy consumers is using renewable technology to fortify its assets and reduce energy costs.

Corporate renewables is an emerging issue, one we’ve written about before, and Kalam says Telstra will be looking more into power purchase agreements like the one it signed with RES Australia earlier this year.

Listen to the full episode of The Innovators for this insightful conversation, hosted by Adam Morton.

Cutting the cost of solar could help ... Read more
General
ARENA showcases achievements and looks to the future image

ARENA showcases achievements and looks to the future

ARENA is all about moving towards a b... Read more
General
View all related stories
Follow Us
Back to top