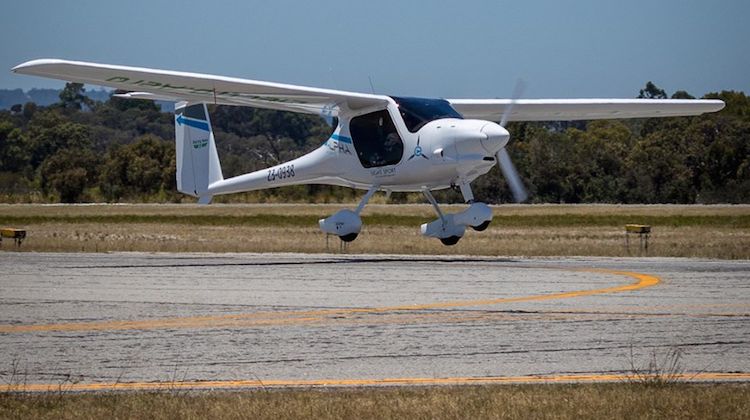 The startups selected from a field of more than 60 applicants to make a pitch to the audience of investors were:

Dr Finkel provided an overview of work underway across the federal government, from short term efforts to commercialise and scale particular technologies, to longer term goals like exporting renewable energy in the form of hydrogen.

“We’ve got the land, the sun, the wind, the relationships and a trusted political system that makes us a preferred supplier, so we need to build upon all those things to be successful,” Dr Finkel said.

The three then spoke about important considerations for entrepreneurs and investors, including the need to keep an eye on what is happening around the world to design technology that is applicable to multiple energy markets, not just Australia. They urged investors to embrace risk and ensure they back technologies that solve a problem and can have a lasting impact.

Kristin Vaughan detailed the CEFC’s growing venture capital portfolio and encouraged big corporates to take more risks by working with renewable energy startups to bring more innovation in-house, explaining, “The disruption of Covid really brings an opportunity to look at how you supercharge businesses, so I really encourage customers and corporates to embrace the innovation coming through.”

Then it was time for the renewable energy startups to take to the virtual stage.

Five renewable energy startups that pitched at the event

Joss Kesby from Newcastle startup Diffuse Energy shared their vision for small-scale wind turbines – a market they believe has been slow to take off due to a lack of quality and reliability with past product offerings. They are overcoming these barriers by leasing their highly efficient turbines on a subscription basis including maintenance, which is attracting attention from telecommunications companies around the world. They noted that phone and internet outages during last summer’s severe bushfires often stemmed from damage to power lines, which could be mitigated by co-locating their wind generators with communication towers.

Richard Charlton from Perth’s Electro.Aero explained how its electric propulsion and charging systems for light aircraft are taking off. Their technology has already taken to the skies in an ultralight aircraft that can fly for 60 minutes with a 30 minute reserve – a figure they say will grow rapidly on the back of advances in battery technology. They are particularly focused on growing the market for their chargers, which have been tailored for light aircraft and are being marketed globally.

Founders David and Carly Morgan made the case for their modular construction system which allows a building to be entirely clad with solar panels. The economics are already strong – they say that the upfront cost is comparable, or even cheaper, than non-solar alternatives, and believe that in the future all buildings will be clad with solar.

Co-founder James Larratt introduced their relocatable commercial rooftop solar system, which can be bought outright or leased to businesses. Unlike existing offerings, it unlocks opportunities to invest in solar for companies that cannot be sure they will be in the same place for the life of the system. With a background in commercial solar, Solpod’s founders could see that previous products have fallen short, but are confident that their pods will allow them to tap into a trillion dollar global market. Solpod’s system is already deployed at Google’s Sydney headquarters and GPT shopping centres in Melbourne and Sydney, with a 25 site rollout underway as part of an ARENA-funded demonstration.

Co-founder Val Muenzel made the final pitch, explaining the unique battery management system they have developed over the past five years. Unlike other systems, theirs maximises the potential of each cell is a battery pack, providing a longer run time and even allowing second use batteries to live on in stationary applications when they are no longer useful in EVs. The Melbourne startup already has established relationships with EV manufacturers and see their technology being applied from small industrial scales through to providing support to the grid.

While Innovation Bay has been supporting technology startups and playing matchmaker with investors for more than 15 years, the first founder event dedicated to renewable energy only took place in October last year.

Ahead of the 2020 event, representatives from 5B and RayGen explained how the Innovation Bay event helped them to achieve ambitious capital raises.

In July 2020, 5B announced they had completed a $12 million capital raise, including a stake from US generator and distributor AES Corporation. Co-founder and CEO Chris McGrath told ARENA that they were grateful for the opportunity to speak directly to the renewable energy industry, investors and venture capital market.

“We actually closed an investment directly off the back of an introduction at the speed dating event.” McGrath said.

“We met with Artesian and they invested $1.5 million into our pre-series A round. The event, and also the Artesian investment, provided a massive amount of momentum for us to close the remainder of our series A….”

“RayGen pitched at last year’s founders dinner and we came away with an incredibly important relationship with both an investor and a partner,” Thompson said.

“Events like the founders dinner not only allow us to tap a network of investors in Australia, but also potential customers and partners and developers,” she said.

More information about each startup, including details about their pitches for funding, can be found here.

Whether supporting industry through A-Lab or showcasing talented founders in events like these, ARENA is always looking for ways to support our thriving sector beyond just our financing of projects and knowledge sharing. To stay up to date on the latest opportunities, subscribe to ARENA Wire or follow us on Facebook, Twitter or LinkedIn.