Australian undergrad students are developing a vehicle to compete in the world’s largest and most prestigious solar car race. 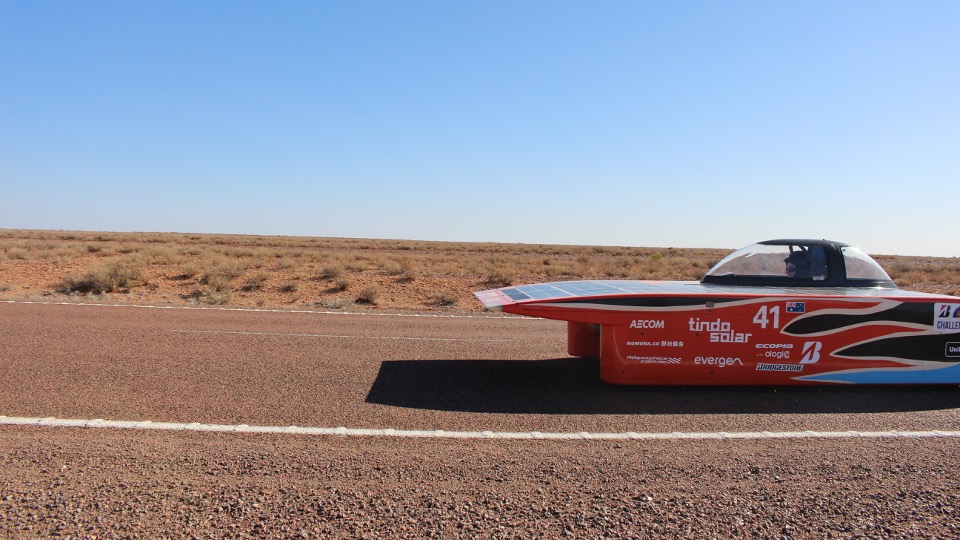 Held every second year since 1987, the World Solar Challenge draws teams from around the world to race the 3022km length of the Stuart Highway in a solar car they have designed and built themselves.

The journey typically takes five or six days, with vehicles only allowed to travel between 8am and 5pm. Given the cars rely entirely on the sun to power their electric motors, teams are forced to camp wherever they find themselves at the end of each day.

The ANU team will be on the starting line for the third time in October 2021, striving to beat a field of more than 30 cars from some of the world’s most accomplished automotive engineering programs.

One year out from the race, fourth year engineering and commerce student Vanessa O’Brien told ARENA that ANU’s MTAA Super Solar Racing is excited to take it up to the biggest names in solar racing.

With responsibility for attracting sponsorship to help finance the project, O’Brien is part of a team of ANU undergrads building the high tech solar racer alongside their tertiary studies.

“We’re really working on creating our fastest vehicle yet, which is the most lightweight hopefully as well,” O’Brien said.

The students are drawing on expertise from ANU’s engineers and record-breaking solar researchers, but carry the project themselves, developing engineering and business skills that will help to prepare them for the workforce.

ANU’s 2019 entry – the MTAA Super Charge 2 – took two years to build and cost an estimated $280,000. While severe winds meant it was unable to cover the entire course under its own steam, the car survived 48 degree heat, 80kmh gusts and thundering road trains to complete more than 1500km.

Entrants in the solar car race are divided into three categories. The ANU team competes in the challenger class, striving for performance above comfort and practicality. A cruiser class looks to real-world use with larger vehicles that can accommodate a passenger and more creature comforts, and a third category has been created for vehicles that don’t conform to the strict race regulations but still want to enjoy the adventure.

Performance is improving in line with gains in photovoltaic technology. In 2019, the winning entry achieved an averaged 85kph, along the way reaching a top speed of 128kph.

To maximise speed, lightweight materials like carbon fibre are used to produce the chassis and panels. The lightest car in last year’s race weighed in at just 116kg — roughly one-tenth of the weight of the smallest hatchbacks on the market.

O’Brien says building a car that can perform in the real world is a challenge. “It is a tradeoff between stability and making the car as light as possible. Our team is working on maximising aerodynamics so we have a car that is stable, but it won’t be as light as 116kg.”

“Every year the cars tend to get faster and also lighter and more efficient. Solar technology is getting better every year which means we can harness a lot more power.”

Ultimately, the World Solar Challenge is a race and designers are in the pursuit of speed. “Suspension is not prioritised, so it is a bit bumpy,” she conceded.

Thinking outside the box

Race regulations have been updated for the 2021 event, creating new opportunities to innovation that the ANU team has embraced.

“We’ve decided to go with a three wheel design, which will reduce the drag coefficient… that’s something new that hasn’t been seen in many cars before,” O’Brien said.

Before they depart, cars will be scrutineered to make sure they are safe and conform to the stringent race regulations. There are rules governing everything from the size of the vehicle, the amount of solar panel coverage allowed, minimum turning circles and a wide range of safety considerations.

Weather is a big factor in the tactical battle so teams prepare complex weather models to plan their passage through Australia’s arid centre. O’Brien explained that the capacity of teams to plan their assault on the Australian outback can be more decisive than a car’s raw performance.

“There’s been races in the past where teams have won because of their strategic modelling… you can have the fastest car around a racetrack, but need to create a strategy that includes the weather.”

The experience of building the car has inspired O’Brien to consider a career in renewable energy, where she can apply some of the skills she has acquired.

“What the engineers learn through creating the battery, designing the car, installing the solar panels, building the coding and interfaces is beneficial for our team members. It means that they are in a much better place to enter the workforce and can make a bigger difference in terms of research and development, because they already have that experience.”

“I definitely would like to be part of this field,” she said.

The World Solar Challenge was created as a design competition to stimulate research and development of sustainable transport, inspired by founder Hans Tholstrup’s 1982 record breaking trek from Perth to Sydney in a one-off solar powered car.

His bespoke vehicle The Quiet Achiever was built alongside fire breathing racers by Perkins Engineering, ultimately taking 20 days to complete the 4000km crossing.

Tholstrup shared driving duties with V8 Supercar champion Larry Perkins, timing the trip to recreate the first crossing of Australia by motor vehicle 70 years earlier. Along the way they were forced to endure temperatures up to 50 degrees in the vehicle’s noisy and cramped cockpit.

Nearly 40 years on, American and European teams are setting the pace. Scoping the competition, O’Brien is keeping a close eye on teams from the USA, Netherlands and Belgium, who she says always put in strong performances.

The Delft University of Technology in the Netherlands have been victorious seven times since 2001, building a high profile and strong competition for places in the program.

“From primary school some people will do engineering so they can have a chance to be part of their teams, which is incredible. In Australia, it’s obviously not that well known yet,” O’Brien said.

For now, the team is working hard to attract sponsors to help finance the development of their new chassis. They are backed by ANU and have corporate sponsors, but are on the hunt for more support to get their new design to the starting line and make sure the whole team can follow the race.

To stay up to date on their progress, follow MTAA Super Solar Racing on Instagram or LinkedIn.

A new report has found that Australia... Read more
Solar energy
A quiet evolution: It’s not so quiet any more image

A quiet evolution: It’s not so quiet any more

A quiet revolution in large scale sol... Read more
Solar energy
Why sheep could be good for your solar farm image