Two NSW schools are in a class of their own with sustainability ideas for schools, thanks to their new self-powering classrooms that have the potential to take schools off Australia’s over-stressed energy grid. 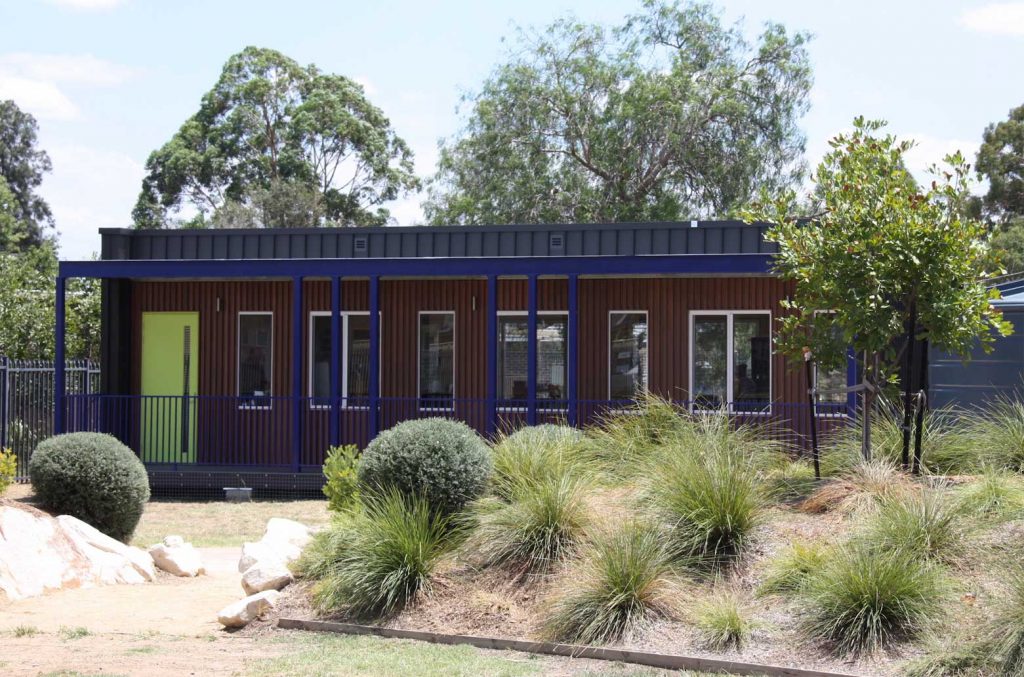 Sustainability ideas for schools is at the forefront with cutting-edge, self-powering classrooms being trialled at two schools in Sydney and Wollongong.

This allows schools to actively manage their own energy usage as well as indoor temperature and air quality, keeping the environment just right for learning.

What are the benefits of the self-powering classrooms?

ARENA is providing $368,000 to fund the 12-month trial of the new self-powering classrooms at St Christopher’s Catholic Primary School in Holsworthy, in south-western Sydney, and at Dapto High School near Wollongong, after a prototype proved successful in a controlled environment.

However, St Christopher’s Headmaster Tony Boyd says early indications from their classroom show it could far exceed this benchmark.

Boyd said the Hivve classroom has so far been a hit with students on several levels.

“Normally no-one wants to be in the demountables,” said Boyd. “But even the classes in the bricks-and-mortar buildings want to be in the new classroom.”

“The kids love it because it’s a very comfortable, inviting space, but they are also really interested in monitoring how much electricity it is generating.”

“Our teachers are currently working with a science and technology curriculum consultant to write a study unit on power usage and generation, which we are basing on our sustainable classroom.”

Boyd said the advanced design of the building, with its emphasis on sustainable materials, thermal efficiency and ergonomics, was also inspiring students.

“A couple of our classes are using different aspects of it. For example our Year 5s are studying the design aspects of it. It’s good having it on site as a real example to collect data from.”

Sustainability idea is a breath of fresh air

Boyd said the data on CO₂ levels had been a real eye-opener for him personally. Unlike temperature and light levels, it can be difficult to know air quality is poor until it’s too late. Hivve’s monitoring equipment informs teachers in real time that air quality is deteriorating and that fresh air needs to be introduced, either by simply opening the windows or via the heating/cooling system. A real winner for sustainability ideas for schools.

“As soon as one person walks in, you can see an instant impact on the CO₂ levels in the classroom, I was quite amazed,” says Boyd. “As a result of this I have been going around to all classrooms and reacquainting teachers with how their windows open so they are ensuring there is good cross-ventilation.”

Boyd said Sydney Catholic Schools’ Facilities Unit, responsible for the infrastructure of dozens of schools across the city, was following the trial closely, and it was raising general awareness of renewable power generation.

“For example, we have solar panels on our hall that were installed in 2008. As a result of this project, and in partnership with Hivve, we are looking at monitoring the output of those panels and comparing them to the ones on the new classroom, which are a couple of generations ahead and far more efficient. It may be that it is worth replacing them.”

“And it goes a bit wider than that, too — what are the possibilities for greater power generation for schools so we can cut our costs? We are all community-based organisations with very large roof areas, so we are ideally placed to be the next generation of power generators, housing lots of small, clean renewable power sources based on schools.”

ARENA CEO Ivor Frischknecht said there is enormous potential for Australia’s public schools to not only educate on renewables, but also reduce their reliance on the grid.

“This is a great way to get the next generation involved in renewables at an early age,” Mr Frischknecht said.

“The success of the Hivve project could lead to a nationwide adoption of the modular classrooms, reducing reliance on the grid and even providing a significant amount of electricity back to the National Electricity Market.”

How do you get a power system to a re... Read more
Hybrid technologies
Fringe of grid mines embrace renewables image

Famous for its pristine coral reefs, ... Read more
Hybrid technologies
View all related stories
Follow Us
Back to top