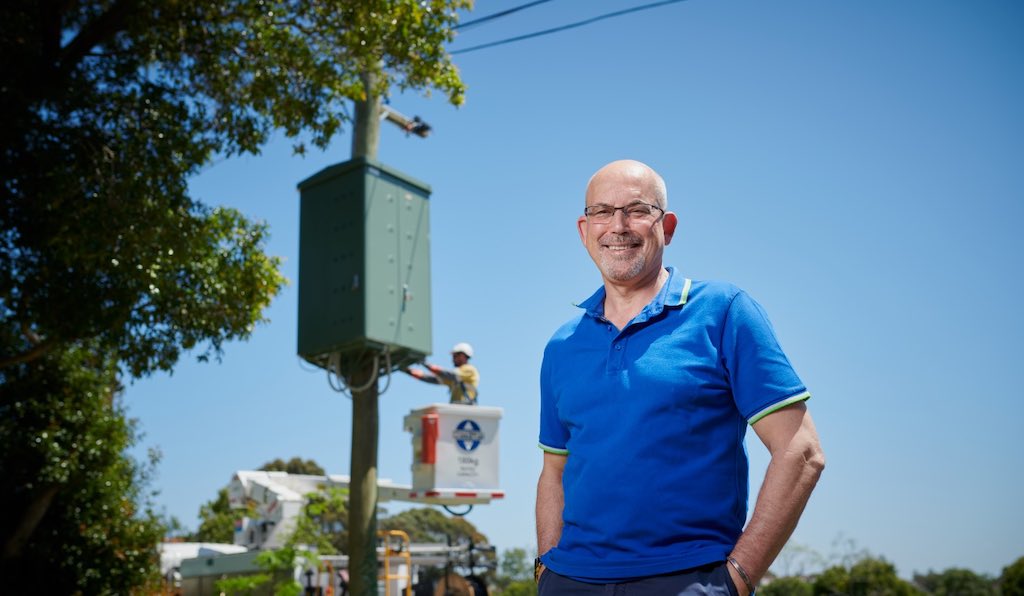 One of the first was batteries deployed at Highett in Melbourne's south-east.

The $11 million ‘Electric Avenue’ project will see 40 batteries built and mounted to electricity poles across United Energy’s low-voltage distribution network to operate as a virtual power plant (VPP) to boost storage capacity and deliver benefits to the grid.

The 30kW / 60kWh batteries will be capable of powering up to 75 homes for at least two hours and will be built locally by Thycon in Coburg North in Melbourne’s northern suburbs.

“We know that very high levels of solar exports can affect the quality of power supplied by electricity networks because by injecting electricity, they impact on voltage. This potentially impacts other customers including those without solar.”

When many adjacent households are exporting solar PV, the voltage on the local network can rise outside of normal operating limits. In response, the solar systems are designed to disconnect to prevent voltage from exceeding the local limit.

This often leads to curtailment, meaning the surplus generation is wasted and solar owning homeowners lose out income from their solar panels.

United Energy hopes their trial can change this by putting battery storage close to solar households, and coordinating and managing those batteries as a VPP.

“As more and more renewable generation comes online, it’s crucial to address the challenges of a changing energy mix and build the grid of the future.

“We’re excited to see United Energy trial a novel approach to battery storage that provides benefits to current and future solar customers and reduces network costs, while also increasing the level of dispatchable generation in the power system,” he says.

“These batteries are smaller than other community batteries being trialled around Australia,” says Hannan. 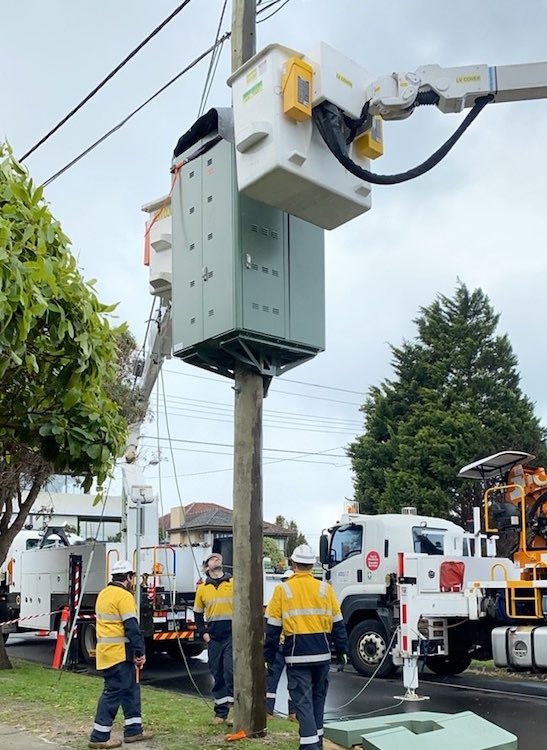 “Their unique size means we can mount them on poles, avoiding any land use constraints and allows us more options and flexibility to place the batteries where they can offer the most benefits to our customers and the network,” he said.

The batteries are designed to mimic the appearance of distribution transformers already located on United Energy’s network, meaning many locals won’t even notice they’re there.

ARENA has supported United Energy with $4 million for the project, money that will predominantly help ease the costs of the batteries’ unique design.

United Energy have already demonstrated the potential of pole-mounted technology, with a 2019 pilot project that saw two batteries installed on poles in the Melbourne suburbs of Black Rock and Highett.

Hannan says the results of the pilot project are encouraging.

“Both batteries have performed as expected or even better and we’ve used those insights into planning the current rollout.

“For example, the two trial units performed well during summer heatwaves– both were operational on the peak demand days and were successful in reducing the demand by ~10% and ~20%, respectively.”

To date, most batteries installed in Australia have been either utility scale or installed behind the meter.

Grid scale batteries can store large amounts of energy from wind and solar farms and are connected to high-voltage transmission networks.

Small scale batteries installed in homes are growing in popularity, too — more than 31,000 were installed last year – but home batteries give no oversight to the grid unless connected to a VPP.

The future of batteries could actually be somewhere in between these two scales.

In 2019, ARENA commissioned AECOM to produce a report on the comparative benefits of battery storage installed on the network vs behind-the-meter in customers’ homes.

The report found that batteries installed on the low-voltage distribution network could deliver the most benefits to the electricity system.

As distribution infrastructure such as poles and wires are located on residential streets, distributors like United Energy need to find ways to install batteries with minimal impact on households.

If successful, this VPP could provide a model that is applicable to distribution networks across the country.

The trial is due to start operation in 2023, with the first battery units to be installed later this year.

As we look back at 10 years since ARE... Read more
Battery storage
View all related stories
Follow Us
Back to top