It was more than a moment. More than a day, even. 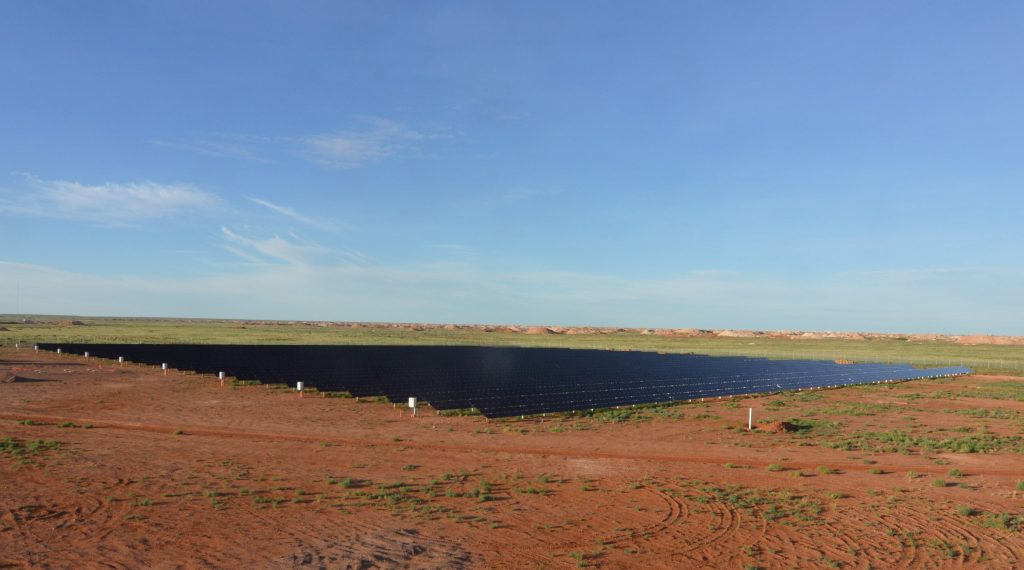 For an uninterrupted 35 hours last week the remote mining town of Coober Pedy, where the sun’s relentless heat long ago drove many of its residents into cooler subterranean dugouts, was powered by 100 percent renewable energy.

Through a combination of wind, solar and battery storage, funded in large part by an $18 million investment by ARENA, Coober Pedy achieved 100 percent renewables for the first time since its hybrid energy generation project went live in July.

Watching the clock tick over in the early hours of the morning from his Brisbane base was Energy Developments’ General Manager Keith Barker.

“It made me stay up to 12.45am to see if it happened,” he laughed. “A couple of other times we had a fairly long period and I’d thought ‘Are we going to do it today?’ but we didn’t.”

Coober Pedy has traditionally relied on off-grid power, supplied by EDL’s diesel-powered generators. With the hybrid renewable project, signed off by ARENA and EDL in 2014 and switched on in July 2017, 12,000 solar PV panels deliver 1 megawatt (MW) of energy, two wind turbines bring 4 MW of power and battery storage rounds out the picture with 500 KWH.

The system relies on the technology developed by Hydro Tasmania in its King Island Renewable Energy Integration Project and the soon-to-be-launched Flinders Island microgrid.

The long-term goal of the project is to provide clean, efficient renewable energy and reduce the town’s reliance on diesel generation by 70 percent.

“That’s why we and ARENA went into this in the first place. There are many places like Coober Pedy that will be off-grid for the forseeable future,” Barker said.

While Coober Pedy residents won’t have noticed the renewable energy milestone – the town’s energy needs are subsidised by the state government to keep prices affordable – Barker says there is significance to hitting 100 percent.

“The importance about getting to 100 percent renewables is about demonstrating that you can switch your diesel or gas engines because there’s been a lot of discussion about the NEM (National Energy Market) and whether you can rely on renewables.

“To show that we can operate with 100 percent renewables demonstrates you don’t have to have an engine running.”

This article was originally written by Dewi Cooker, Writer.

One of the most expensive parts of ru... Read more
Hybrid technologies
A view to save millions: Our eye in the sky. image