Australia’s world leading solar photovoltaic (PV) scientists will receive a funding boost of up to $45 million, in the hope it will drive innovation in ultra-low cost solar. 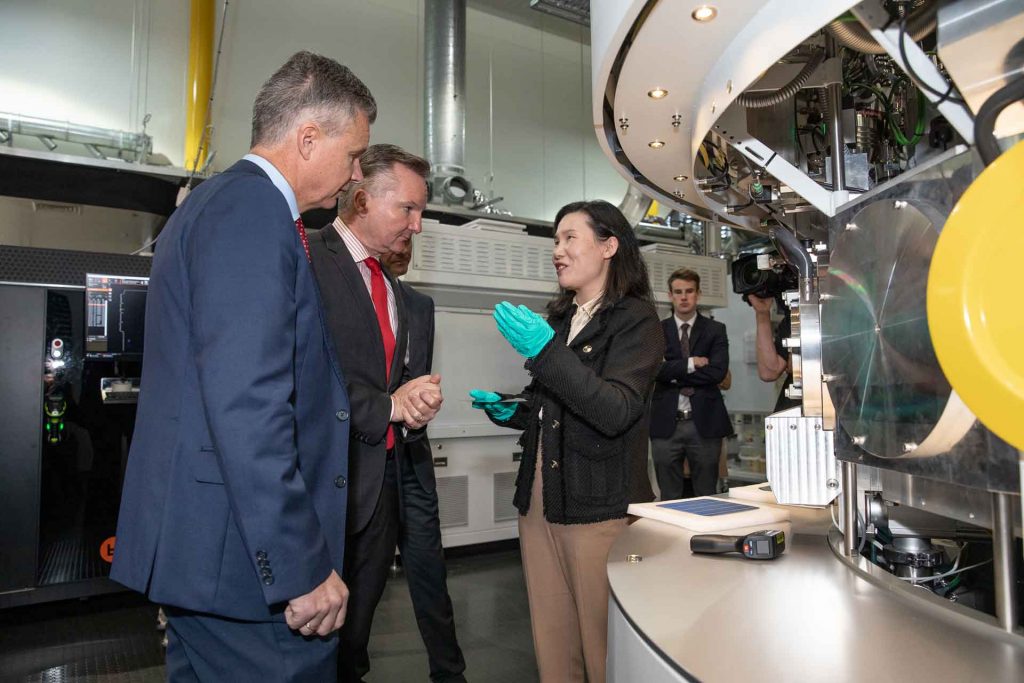 A critical foundation of Australia’s world leading solar PV research and development capacity will receive up to $45 million in ARENA funding.

The Australian Centre for Advanced Photovoltaics (ACAP) is being supported to extend operations of their cutting edge solar photovoltaic (PV) research to 2030, it was announced today.

ACAP brings together leading solar research institutes from across Australia, led by the University of NSW (UNSW). Solar technology developed at UNSW is embedded in 90 per cent of the current silicon module panel production worldwide.

The University’s research has supported Australia holding world records for efficiency for 30 of the last 38 years.

Since it was established in 2012, ACAP was designed to provide an institutional framework for a coordinated, national approach to solar PV research in Australia. It aims to develop “over the horizon” PV technology to create a pipeline of improved technology for increased performance and ongoing cost reduction.

ACAP has fostered the spin-out of Australian solar startups such as Open Instruments, Solar Vision, Solar Cycle and SunDrive, and partnering with leading Australian solar innovators including 5B, Sun Cable, Bluescope and Raygen.

How long has ACAP been around?

ACAP was established in December 2012 with a grant of $33.1 million from the Australian Solar Institute (ASI). The management of the ASI and its projects was transferred to ARENA on 1 January 2013.

Almost $84 million of ARENA funding has been allocated to ACAP to date with the objective of supporting cutting-edge, over-the-horizon PV research.

And it has been doing a pretty good job.

Through the work of ACAP and its predecessors, Australia has established a world leading research capability in solar PV, which ACAP seeks to build on.

Solar energy now accounts for more than 15 per cent of Australia’s electricity generation, which has doubled every three years. More than three million Australians have rooftop solar, the most per capita in the world. Large scale solar meanwhile is now among the cheapest forms of new generation.

So, why is ACAP getting extra funding now?

ACAP’s current program of work is scheduled to end in March 2023. The extra funding is designed to extend their solar PV research to 2030.

This funding boost – which is subject to funding agreement execution – will support the development of the next generation of solar energy technologies and will support ultra-low cost solar needed to get to net zero.

This is aligned with ARENA’s ambitious goal of Solar 30 30 30, which aims to improve PV efficiency to 30 per cent and reduce the cost of solar modules to 30 cents a watt by 2030, roughly a third of today’s price.

“The next decade promises to be the most exciting and important in solar PV, ever, with massively increased uptake and technological change,” said UNSW Professor Martin Green

”With ARENA’s support, we will continue our world class technology development including more efficient and powerful cell technologies, and growing a sustainable solar sector at scale,” he said.

Announcing the extension, Minister for Climate Change and Energy Chris Bowen, called the funding “an investment in the next generation of solar technology experts”

“Australia has all the ingredients to become a clean energy superpower with this Government working collaboratively to ensure secure, affordable energy supplies and drive down emissions towards net zero,” he said.

“This funding extension will help ensure ACAP remains one of the world’s top research centres for innovation as it strives to boost solar PV performance and affordability.”

“Australia is a world leader in solar PV innovation, punching far above its weight. Through the funding for ACAP, we are ensuring that university research groups will continue to underpin education and training, and ensure that Australia remains at the forefront of the PV industry well into the future.

“For Australia to really succeed in a net zero world, we need to see continued innovation in solar PV to power the rest of the energy transition,” Mr Miller said.

Solar energy at a massive scale will be needed not just for the grid to transition but also to power green hydrogen electrolysers, to replace fossil fuels in heavy industrial processes such as alumina refining and for exporting energy overseas.

“Ultra-low cost solar will be key to enabling Australia’s energy transition and emissions reduction efforts, as it will help to lower the input costs for green hydrogen, low emissions metals and other large scale clean energy opportunities across all sectors as we move to net zero,” he said.

It’s no secret that mining involves... Read more
Large-scale solar
Digging the future at the West Australian Copper mine image