Some of Australia’s most exciting cleantech startups were showcased on the global stage at COP26. 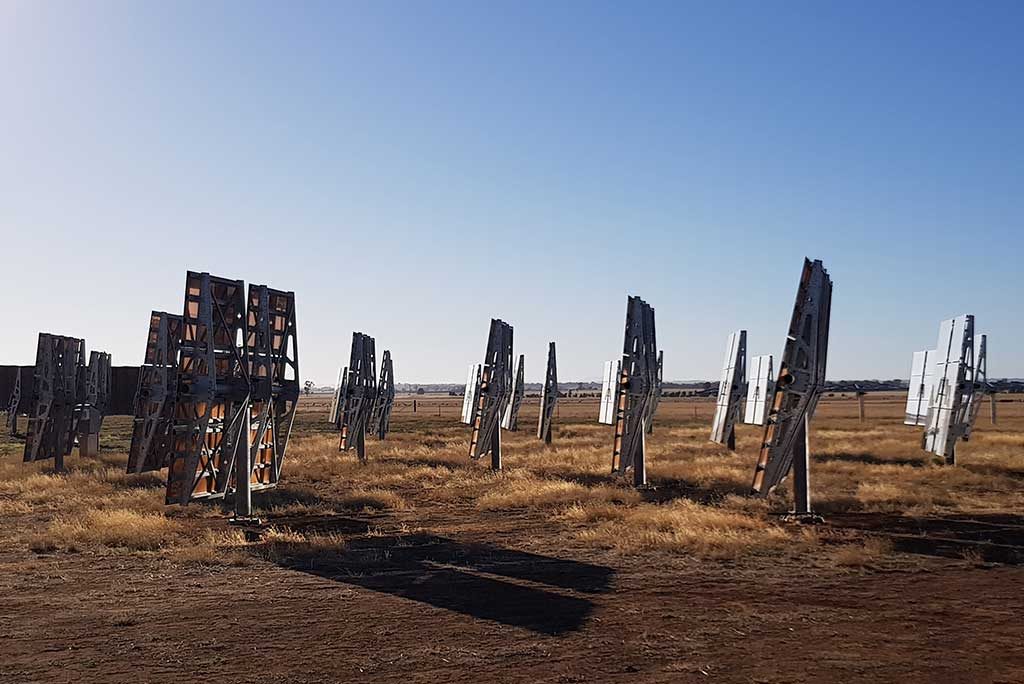 The ARENA Talks virtual conference was broadcast live into Australia’s pavilion at COP26 in Glasgow, with contributions from ARENA CEO Darren Miller who is on the ground as part the Australian delegation.

Five startups were in the spotlight:

We’ve taken a closer look at a couple of the presentations, but a full replay of the event is available below.

5B’s chief strategy officer Nicole Kuepper-Russell spoke first, laying out the challenge as they see it — to reduce emissions by 50 billion tonnes per year to stay on track to achieve the 2 degree global warming trajectory.

She said the company’s vision aligns with renewable energy innovator and entrepreneur Saul Griffith’s mission, agreeing that “the answer to decarbonisation is to electrify everything, or almost everything with green electrons.”

5B has developed the Maverick system, allowing solar panels to be deployed quickly and safely in a way that takes up less land.

It will be a core element in the $30 billion Sun Cable project, which is on track to supply up to 15 per cent of Singapore’s electricity needs from a massive solar farm in the Northern Territory, dispatched through a more than 4000km long ‘extension lead’.

“To put these numbers into context, what we are talking about is the next industrial revolution, a revolution that will be powered by green electrons.”

Compared to the conventional approach of building solar farms in situ, 5B’s prefabricated process allows panels to be deployed up to 10 times faster.

Their “Maverick” product also requires up to half as much land to generate the same amount of electricity. By combining the hardware with a business model that strives to be collaborative and expansive, and a digital platform that is under development, 5B is confident that they will be able to achieve the scale required.

Keupper-Russell shared a vision for the future, where the energy consumer – whether a miner, farmer or any other end user – can buy a solar farm online, have it delivered within a month and installed by a local energy company, then be fine tuned online.

“The time to act is now, the solutions exist, the future is ours to write together and we are enormously excited about the collective opportunity before us,” she said.

Cameron van der Berg, co-founder and CEO of Infravision, has worked as an engineer in the power industry.

He has witnessed how slow and dangerous the common powerline construction methods have been, typically relying on helicopters or labor intensive manual methods.

In his speech, he set the out scale of the challenge ahead, citing an International Energy Agency prediction that 16 million kilometres of new power lines will be needed by 2030 to achieve global decarbonisation targets. That’s enough to circle the earth 400 times.

As well as creating bottlenecks that slow the faster-to-construct solar and wind farms, he explained that the conventional way of building transmission lines is expensive, environmentally harmful and can be dangerous.

He realised a major change was needed.

“That’s when I picked up the phone and called my now co-founder Chris, an ex-Australian army and air force officer to explore the idea of whether we could use big military style drones to make power line construction easier.”

Four years on, Infravision is building the world’s first drone system that installs high voltage power line wires in a way that can be scaled up economically, sustainably and safely as global demand grows.

Rather than flying helicopters in close proximity to obstacles, or cutting down swathes of forest to make space for construction, their system utilises military style drones that weigh up to 150kg each.

“The technology is really easy to use and it’s been designed to be deployed to the harshest environments in the world, like the Australian outback.”

He wrapped up by reinforcing a key message: “This technology is ready right now and it’s ready to scale to the industry globally.”

Infravision is now moving into the North America market, alongside a capital raise to fund their expansion.

To date, ARENA has invested approximately $300 million in renewable energy projects led by startups, including funding for RayGen and SunDrive, who also appeared in the COP26 showcase.

Dyno Nobel will assess the feasibilit... Read more
Hydrogen energy
Biodiesel and bitumen to be made from wood waste image