Could electrifying the cars and trucks used by councils be a way to kick-start our local electric vehicle industry? 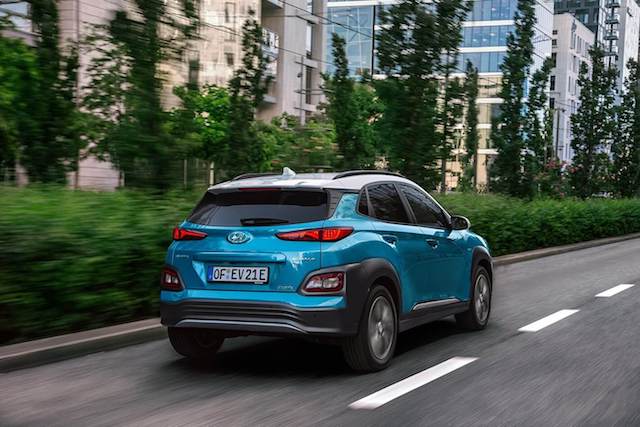 The Cities Power Partnership was keen to find out, so recently undertook a survey of its member councils. Now the results are in it’s clear that there is a healthy appetite for quiet and clean electric vehicles at the grassroots level of government.

Describing themselves as a coalition of willing mayors, councillors and communities committed to a non-polluting energy future, the CPP is helping towns and cities to to make the switch to renewables. Established in 2017, the CPP already represents about 100 of Australia’s 537 local councils, with a collective catchment of almost 11 million Australians.

“The Cities Power Partnership has been around for about a year and a half now, so in that time we have become the largest local government climate program,” CPP Program Development Manager Tracie Armstrong told ARENA Wire in an interview ahead of the release of the survey results.

“Increasingly around the country councils are stepping away from just roads, rates and rubbish – the only things they are told they should worry about, and realise that if they are taking care of their communities properly, climate is going to be a big issue,” she said.

To understand how local governments can be supported to make the shift to EVs, the CPP asked a series of questions scoping whether councils are considering transitioning their vehicle fleets, or supporting the rollout of charging infrastructure for their residents.

For the councils that responded to the survey, reducing emissions was the main driver to make the switch to electric vehicles. Eighty-two percent of respondents said EVs could help them reduce their council emissions and the same number want to lead their communities to make the shift to electric motoring.

“I think they are waiting for more choice in the market. It will be small steps, but I feel that there will be a snowballing effect once this starts happening. Councils seem to be thinking that they get the EVs first, and then they work out the charging infrastructure after that,” she said.

When asked whether their council has begun trialling or investing in electric vehicles, or installing charging points, more than half of the respondents to the survey said they have. Three quarters of the councils believe that electric vehicles could compliment their renewable energy projects.

Tracie Armstrong explained, “EVs are increasingly well understood in terms of range anxiety. People were really worried about that even twelve months ago, but they are starting to understand now that’s not a problem. But I think the charging infrastructure is still confusing for a lot of councils.”

In a promising sign, more than a third of councils said they have already started planning to invest in electric vehicles, while 56% say they have started making a plan for EV charging.

“Results that came back in the survey were quite disparate with charging. Some people think they need to upgrade their whole electrical system at their council offices to offer a couple of charging stations, but other people said they just whacked the charger in and there were no problems.”

When asked why they are yet to start investigating electric vehicles or charging, time was identified as a primary barrier. Costs, a lack of support within their council, other priorities and a lack of access to information were cited as other reasons that they were yet to start scoping their options.

“So apart from the actual buying of the car, there could be some changes in education around some of the things that sit around that – whether its charging infrastructure, or procurement practices, or other factors” Armstrong said.

“Currently when councils buy new fleet vehicles there’s a three to five year turnover. With EVs there’s less of a need to do that because the maintenance costs of EVs are so much lower once you have them. So, if they were able to change their procurement policies to have longer turnover times, then it would start to look a lot more attractive,” she said.

The project has helped the CPP to better understand the the common barriers to EV uptake, which they will now work to overcome.

“The survey tells us what councils need to know. We will be able to develop some more resources for them in this space, to answer the questions that they have.

“It’s no surprise, but the price for EVs is a big blocker for councils, just because the comparable ICE [internal combustion engine] models are much cheaper for the same thing. Although, if they are able to understand the whole life cost of the cars they start to understand that EVs are going to be more economical, even at the price they are now,” she said.

“One of the interesting things that we are helping to contribute to is bulk buying for council fleets,” Armstrong said.

“A council might only be able to afford to buy one or two cars, and wouldn’t by themselves, but because they are going in with a group there might be 30-40 EVs being bought for different local governments around the country, and they are sharing that cost. They might not have done it if they were going alone.

“There’s that comfort level when people see them around, understand how they work, and there’s more drivers for more charging infrastructure to be put in place.

The CPP’s findings build on a recent survey undertaken by the Clean Energy Finance Corporation, which found that fleet vehicle buyers are looking to make the switch to electric vehicles.

ARENA has provided funding for the Climate Council to scale up its work with councils and expand the membership of the Cities Power Partnership.

You know the stress of expecting an i... Read more
Electric vehicles
Evenergi takes on challenge of increasing the number of electric cars on our roads image

Could your next car also power your h... Read more
Electric vehicles
ARENA sharpening its focus as it tackles next steps in energy transition image

ARENA has launched its 2019 investmen... Read more
Electric vehicles
View all related stories
Follow Us
Back to top