A start-up launched by two Melbourne University students (Relectrify) is set to make electric cars even greener, thanks to an innovative technology that allows electric car batteries to power your home. 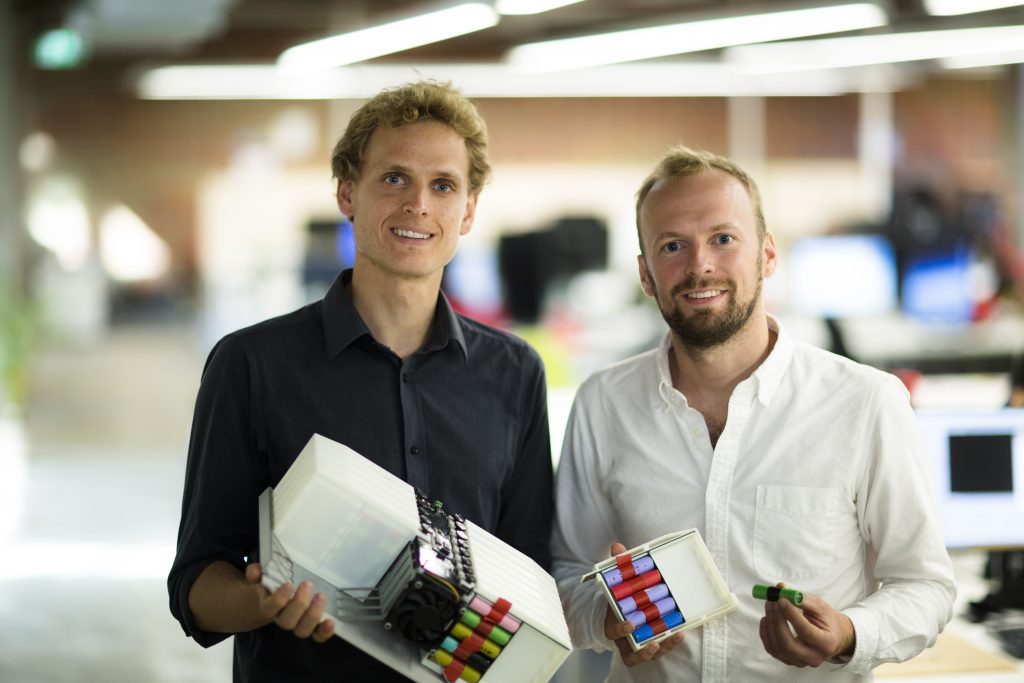 More electric vehicles using batteries are hitting roads around the world each year and the motivation for many of their owners is to choose a form of transport that is environmentally sustainable.

But electric vehicles currently come with their own environmental challenges. What do you do with the batteries after they have reached their use-by date – which is usually within five to 10 years?

Currently, many of those batteries are sent to landfill. But when a battery has depleted to the point where it cannot continue powering your electric car it can still have as much as 80 per cent of its original charge.

Relectrify has developed a “plug and play” system that brings new life to old lithium-ion batteries, allowing them to be repurposed, storing energy for households with solar panels.

The company has received an investment of $750,000 from the Clean Energy Innovation Fund, a partnership between ARENA and the Clean Energy Finance Corporation. That investment means Relectrify can expand production and rollout for bringing its second-life battery technology to the market.

How the home battery works

“Every single battery pack has a collection of many individual batteries … in a normal battery pack those are limited by the weakest one,” says Relectrify Chief Executive and co-founder Valentin Muenzel.

“It is sort of like old Christmas tree lights, where when one of them fails the entire system turns off.”

Relectrify’s electronics manage the batteries individually, which means if any one of them starts to lose capacity it doesn’t limit all of the other batteries.

“We get the most out of every single battery that’s in the system,” Dr Muenzel says.

The electronic system could be plugged onto the old electric and hybrid car batteries, making them appropriate for other uses that do not require such high-performance batteries.

“We estimate these batteries, when they are no longer useful in the cars, still have about 2000 cycles left,” Dr Muenzel said.

“So if you reuse these in a solar home, charge and discharge them once a day … you would still get about six or seven years out of them.

“In motor homes, which you usually only use a number of months a year, the batteries will last far longer yet.”

Australia has the highest penetration of rooftop solar in the world and home battery storage systems such as the Tesla Powerwall of competing products from Samsung, Sony and LG are becoming more popular. But cost is still a significant handbrake on the uptake of battery storage at household level.

“Batteries are becoming a fundamental building block of the new energy industry and seeing significant uptake across households, businesses and the power grid,” Dr Muenzel said.

“As a society we use batteries very broadly … and this is just the beginning. There is an immense need for affordable and capable storage across almost all parts of our lives now and in the future.”

Relectrify – a startup ready to graduate

Relectrify had its start in the lecture halls of University of Melbourne, where Dr Muenzel arrived from Germany in 2012 to work on a PhD research in advance battery management. Towards the end of his PhD, he realised the tremendous impacts this technology could have and was joined by friend and fellow electro-mechanical engineer Daniel Crowley from UK to develop the technology as an independent company.

The two further honed their concept in the university’s Melbourne Accelerator Program which helps aspiring founders like Relectrify turn ideas into world-leading companies.

“Relectrify are led by bright and passionate Melbourne-based founders who are looking to bring an innovative idea to renewable energy storage solutions that can significantly lower the cost of energy storage in a sustainable way,” Mr Frischknecht said.

“We’re excited to see how the technology grows and is adopted not only by Australian consumers, but consumers around the world.”

A house battery solution with potential

Dr Muenzel said although Australia only had 4000 electric cars on the road, there was a global trend towards mass adoption with numbers doubling in the past 18 months to more than two million. He said their product was generating interest internationally.

However, he said, Australia was also a “fascinating market” for household battery storage because of the large uptake of solar panels.

“One in four households now have solar panels on the roof … (and) our electricity is very expensive,” Dr Muenzel said.

“If you can store extra solar energy from during the day in an affordable battery and use it in the evening, you are offsetting very expensive electricity, and suddenly energy storage makes strong economic sense for Australian households.”

READ MORE: THEY’RE SUPPOSED TO BE TAKING OVER. WHERE ARE ALL THE ELECTRIC CARS?

We are at the start of a critical dec... Read more
Battery storage
View all related stories
Follow Us
Back to top