Electric cars are expected to take over the new car market in Australia within the next two decades, according to a new market study released today. 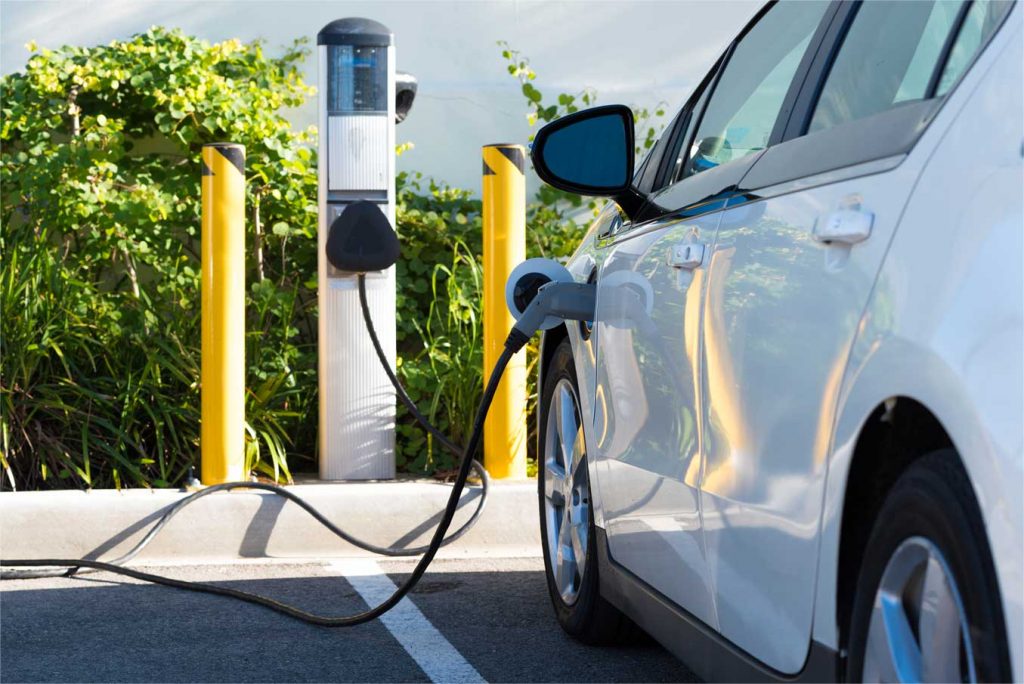 According to the report, commissioned by ARENA and the CEFC, the price and range of electric vehicles will match petrol powered cars within a decade.

Levelling the playing field will accelerate Australia’s uptake of EVs, which have been slow to take off compared to other developed countries.

Under all scenarios modelled EVs make up all new vehicles sales by the mid-2040s, and reach price parity with petrol cars in the early to mid-2020s.

Energeia’s findings have been echoed in Bloomberg’s 2018 Electric Vehicle Outlook, which predicts a sharp uptake in plug-in EVs worldwide. Bloomberg predict that the 1.1 million electric vehicles around the globe today will rise to 11 million by 2025, then surge to 30 million by 2030 as they become cheaper to make than cars with internal combustion engines.

In Victoria, the state’s infrastructure advisory agency Infrastructure Victoria are also preparing advice for the state government on what the future might hold for zero emission and automated cars. The agency last month published a report which considered seven possible future scenarios including one in which electric cars have taken over by 2046.

Even America – the home of the muscle car – is leaving us in their dust, with electric cars making up 3 per cent of all new cars sold in California.

According to Energeia’s research, getting the right combination of policy incentives, model availability and charging infrastructure is key to launching Australia’s EV industry off the starting grid.

With EVs predicted to reach price parity at some point in the early 2020s, this bodes well for Australia’s EV industry.

Non-financial incentives like free parking and access to bus lanes were proven to be helpful, but secondary to price as a motivation for new buyers considering going electric.

With EVs yet to hit the mainstream in Australia, manufacturers have been slow to bring their electric models to the Australian market. The researchers found that growing the range of plug-ins on the market to suit diverse needs and budgets will be vital.

Growth in demand as prices drop is also expected to encourage car makers to sell a wider range of electric models. Based on the UK experience, this could translate to 20 per cent more models becoming available if up-front prices drop by around $4000.

This research goes some way to breaking down ‘range anxiety’ and perceptions that Australia’s vast distances are a barrier to electric vehicles. Citing Australian research, the study reports that 99 per cent of trips made in Australia total less than 50 kms, or 100km return; well within the range of EVs on the market today.

Charging infrastructure will remain important to growing the number of EVs on the road, as even owners with home charging points will need to recharge when driving long distances away from home, and others will rely on public charging entirely.

The research finds that 28,500 service station-style ‘fast’ charging points will be needed around the country by 2040, costing around $1.7 billion.

Energeia anticipate the projected growth in EVs will add 2.8GW extra demand for electricity by 2040, which can be managed through charge management (price or control signals) to avoid any significant increase to maximum demand and may even increase the utilisation rate of the grid.

ARENA CEO Ivor Frischknecht said there is an opportunity to grow the share of plug-in electric vehicles in the Australian market.

“The opportunities for electric vehicles are enormous. They are great to drive and this report shows they will soon be able to compete with petrol alternatives on cost and range,” he said.

“The prospect of charging EVs with renewables is particularly exciting for us at ARENA. Being a battery with wheels, they have potential to support the grid as more of our energy comes from renewables.

“Not only will a future with more electric vehicles reduce transport emissions, but it will also make Australia less reliance on imported petrol.

“This report looks to other countries around the globe to guide the most efficient and affordable transition to electric vehicles possible,” Ivor Frischknecht said.