As well as helping companies to meet their customers’ sustainability expectations, SEA Electric’s Bill Gillespie tells us the growth of electric trucks offers fleet operators a way to make “extreme” savings on their fuel bills. 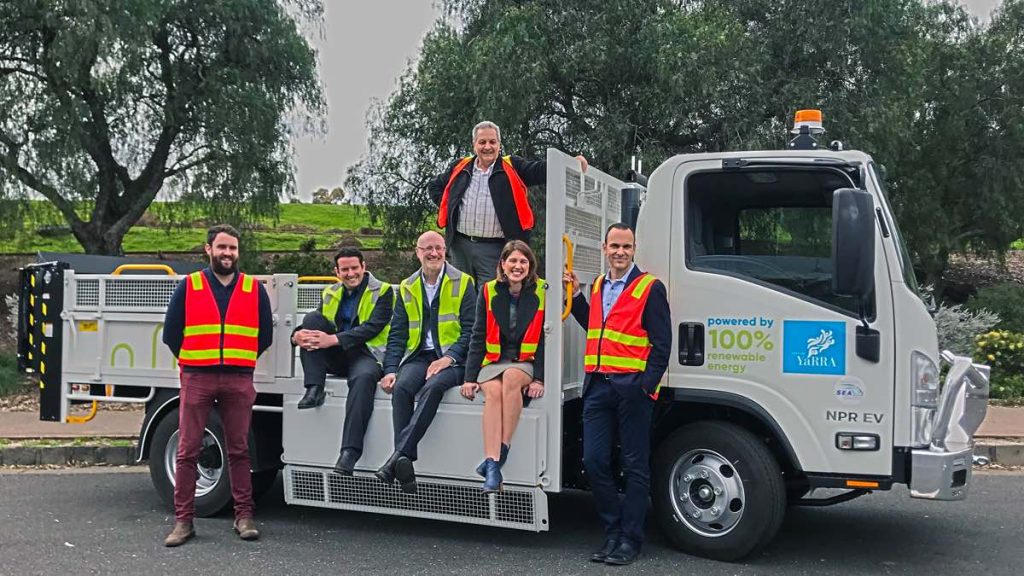 This week on Rewired, we are joined by SEA Electric’s Bill Gillespie to discuss the growing demand for zero emissions heavy vehicles.

The company has been on a rapid rise since launching their first model in 2017. Their trucks are now in operation across some of Australia’s biggest fleets, ferrying deliveries for Woolworths, IKEA, Australia Post and DHL, and also helping local councils to reduce emissions.

Founded in Australia and now based in Los Angeles, SEA Electric is expanding into international markets, with a growing presence in the US, Europe and Asia.

“It’s gone beyond, that would be a nice thing to do for the planet…”

They offer an expanding range of models for a variety of applications, as new markets emerge for mid-sized electric trucks for ‘last mile’ deliveries, buses, garbage collection, refrigerated transport and passenger vans.

Gillespie acknowledges that electric models today cost up to three times as much to purchase as diesel powered equivalents, but says the extra costs can be recouped within five years through a combination of lower fuel and maintenance costs.

He points to IKEA, who are running three SEA Electric trucks in Sydney as part of their efforts to achieve a company-wide zero emissions target by 2030.

“Each of those trucks have done over 100,000kms, they average about 200kms per day and come back to base each night and are charged.

“If you look at DHL, UPS, Amazon, all of those companies have really aggressive plans around zero emissions deliveries.”

The delivery trucks that are in service for IKEA typically cost about $12 per day to operate, offering a lower ‘total cost of ownership’ than combustion alternatives, winning out even when environmental benefits are put aside.

In 2017, SEA Electric received $5 million from the Clean Energy Innovation Fund; a program jointly administered by ARENA and the CEFC.

The funding supported the development of their proprietary Sea-Drive system, which they install in new rolling chassis and can also retrofit existing vehicles.

Gillespie says the fact their trucks are manufactured in Melbourne is a unique selling point.

“Yeah, I think they’re pleasantly surprised that they are made in Australia, that’s a big advantage for us right now.

James Bond will be launched into the ... Read more
Electric vehicles
View all related stories
Follow Us
Back to top