The recent Paris Air Show has provided a glimpse of the future, with the world’s first fully electric aircraft debuting alongside emerging hybrid propulsion technology. 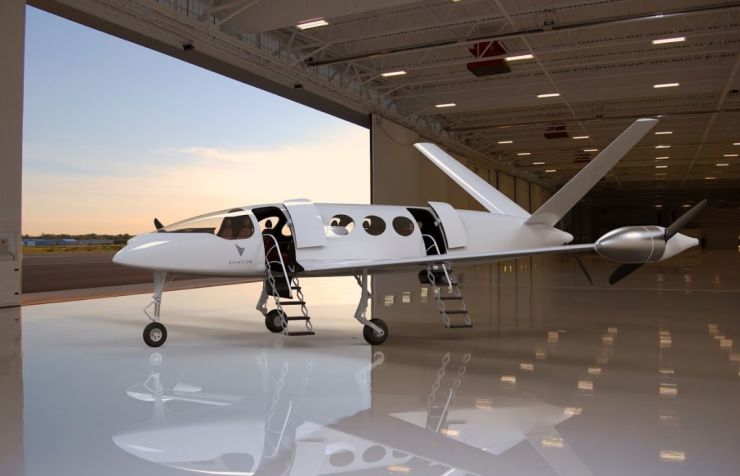 A market for cleaner aircraft is emerging quickly, led by actions like the European Union legislating for aviation emissions to be included within their emissions trading scheme.

The sector is a big emitter. Estimates suggest Australian aviation currently accounts for about 17 per cent of all emissions from domestic transport – in 2016 that added up to about 22 million tonnes of carbon dioxide equivalent.

Consumer group Choice claim that “flying is the fastest way for an individual to fry the planet”, modelling that each economy seat traveller on a return trip from Sydney to London accounts for the same emissions as running an air conditioner for 7133 hours.

Now for the good news – we are closer than ever to renewables powering air travel.

Israeli manufacturer Eviation dominated headlines around the Paris Air Show, claiming their Alice prototype to be the world’s first full sized, fully electric plane. It hasn’t taken off yet, but the company hopes to take to the skies “in the next few months”.

Developed alongside a concept for a fully automated electric drone, Eviation say they have already received a ‘double-digit’ order of the futuristic looking aircraft from regional South African carrier CapeAir.

Powered by three Siemens pusher propeller motors mounted on the wings and tail, the lightweight Alice will be made almost entirely from composite materials and is expected to have a range of around 1050 kilometres when travelling at 240 knots (444kph). Powered by a 900 KWh lithium-ion battery system, each motor will produce more than 260 KW.

In an interview with US digital news network Cheddar, Eviation CEO and co-founder Omer Bay-Yohay said the lightweight construction is key to getting the Alice airborne with its heavy batteries.

“The challenge of building an electric plane for this market, for the regional commute, is actually possible today with today’s technology,” Omer Bay-Yohay said.

“If you were to tell me to build an all-electric 787 and let’s fly the Atlantic or something, I would probably tell you to wait a bit. But the distances you need to travel in the regional commute are shorter and they could be achieved with today’s batteries.”

“If you really ask what is the difference in 2019 or 2020 that makes this possible, in most cases it’s not even batteries or motors, it’s actually lightweight materials. The ability to build the rest of the plane lighter makes it possible to build the products today,” he said.

The aviation industry’s biggest players are also embracing the power of electricity to develop a hybrid system.

Airbus used the show to announce that they are partnering with Daher and Safran to develop the wing-mounted EcoPulse hybrid propulsion system.

Expected to make its maiden flight in 2022, each partner has responsibility for individual elements of the project. Safran will provide the hybrid propulsion system, Airbus will oversee aerodynamics of the new motor and installation and operation of the batteries, and Daher will be in charge of the system and component installation, and manage testing and analysis of the project.

The collaboration has set out to prove that the hybrid system works, with the aim of reducing emissions, cutting noise pollution and creating new opportunities for air travel.

The announcements come on the back of MagniX – a startup founded on the Gold Coast – announcing that they have begun testing an electric motor that they hope will be used to power small aircraft that service regional areas.

James Bond will be launched into the ... Read more
Electric vehicles
How to use an electric car battery to power your home image