As companies go, there aren’t many more embedded in Australia’s history than AGL. 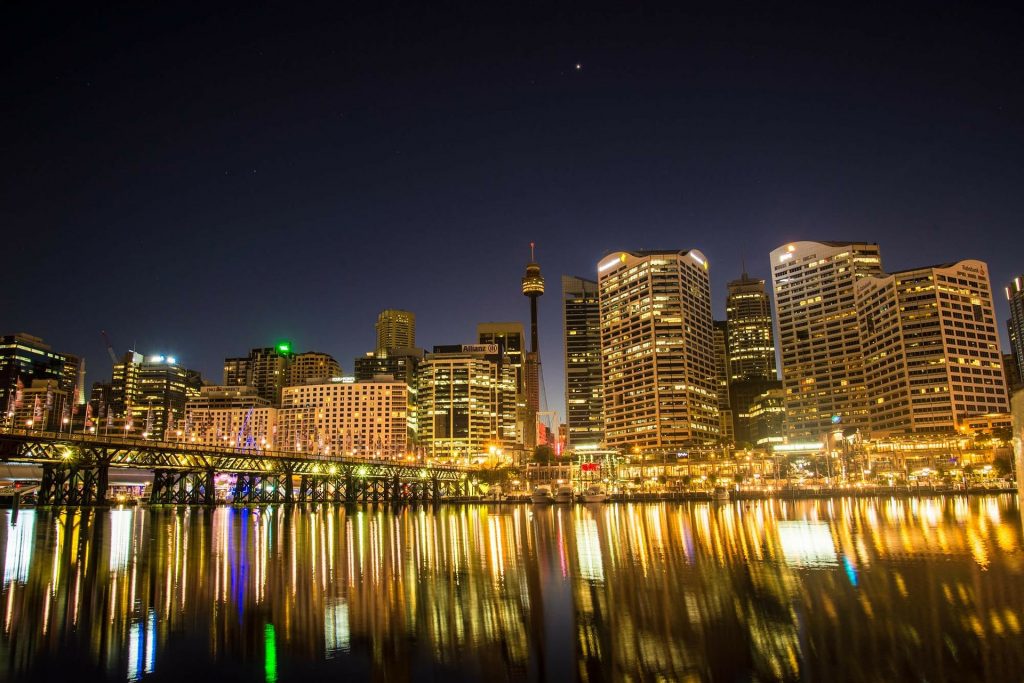 View of Darling Harbour with lights at night.

Formed in Sydney in 1837, AGL supplied town gas for the first public lighting of a street lamp in Sydney and was the second company ever to list on the Australian Stock Exchange.

It was at the forefront then and, as summer approaches, finds itself in that position again, helping to make sure the lights stay on in NSW.

By joining ARENA and AEMO’s demand response program, the energy retailer is showing a determination to be at the centre of where Australia’s future energy use is heading.

AGL is one of eight partners for the three-year demand response pilot program, which is a joint initiative of ARENA and AEMO. The projects are funded by $28.6 million from ARENA, with additional funding to the tune of $7.2 million from the NSW Government for projects (such as AGL’s) that are based in NSW.

Demand response aims to provide stability for the energy system and remove the need for costly investment in new power-generating infrastructure by reducing discretionary energy use at times when demand spikes, such as during summer heatwaves.

By year three, the program will remove 200 MW of load from the grid – twice as much electricity as provided by South Australia’s much-vaunted Tesla battery.

READ MORE: ARENA IS BRINGING YOU DEMAND RESPONSE FOR THIS SUMMER

“For demand response this is an incredibly innovative project because it incorporates both commercial and industrial customers as well as residential customers,” says AGL’s Travis Hughes.

“It’s the mix of both that really highlights how demand response could be utilised in the future.”

The company is proposing to deliver up to 20 MW of demand response, all of it in New South Wales, from across its commercial, industrial and residential customers.

17 MW of demand response will come from commercial and industrial partners, while the remaining 3 MW will come from a 70,000-strong pool of AGL’s residential customers in NSW who are equipped with smart meters.

How will it work?

The commercial and industrial parts of AGL’s project will sign up large energy users such as water utilities, mines and quarries, telecommunications companies and airports. These are huge energy consumers and, by each shifting their use even slightly, can make a sizeable dent in spiking demand during peak times such as summer heatwaves.

AGL will review each participating sites’ circumstances in order to design tailored ‘energy reduction plans’. These plans will be designed to minimise the impact on commercial operations and to deliver the required level of demand response.

“A good example would be a cool store warehouse,” says AGL’s Hughes.

“When an event occurs they could cease their cooling equipment, while still keeping the temperature at their warehouse at an appropriate range. For an up-to four hour period they turn that equipment off and turn it back on after the event has finished. There is basically no impact.”

AGL will utilise software and hardware from Australian company GreenSync technology to allow energy use to be controlled in real time.

For householders things will work differently. Individual customers who are already with AGL or who wish to sign up with the company will be invited to participate in two ways:

Bring Your Own Thing (BYOT)

AGL will create a platform where customers with their own existing systems can connect, and get access to incentives for providing demand response. For example, customers who have purchased Tesla batteries with a particular integrated inverter will be able to connect it to the AGL platform and enrol in the program. In return for an incentive, customers will allow AGL to control their battery to discharge electricity during a demand response event.

Residential customers will be invited to enrol in a program that will ask them on occasions to reduce their electricity usage when AEMO identifies the system is under stress. Participating customers will be rewarded with a financial incentive according to how much they modify their use. When AEMO notifies of a demand response ‘event’ AGL will send a text message to its customers asking them to limit their energy consumption.

Customers will identify elements of their normal energy use that can be safely reduced for short periods of time to reduce energy consumption. They may moderate their use of air-conditioning, washing machines or dishwashers during that period, simply waiting until the event passes before using those appliances. Or they may choose to leave the house, go to dinner or a movie and receive an incentive in return..

Importantly, householders will have the opportunity to choose not to participate when an event is called.

Can I be part of it?

Householders who are AGL customers will have to have a smart meter so that the amount of electricity being used can be accurately determined. Currently, 70,000 customers in New South Wales are connected to smart meters. AGL estimates that of that pool, 10,000 residential customers will participate in this program.

“We’ll be seeking existing and new AGL customers to volunteer to be a part of this project,” Hughes says.

“For AGL customers who sign up to this program they’ll be offered a reward. Then, when an event is called, they’ll be sent a notification to try and reduce their energy consumption during the period.”

“Residential customers will be able to decide whether to participate or the extent of their participation in each and every event. And if they decide not to participate, that’s ok too.

But where they do decide to participate we expect the impacts will be relatively minor.”

What is demand response? image

What is demand response? Let’s ... Read more
Demand response
How to lower energy bills and emissions with demand flexibility image

Fifteen weeks is not a long time. But... Read more
Demand response
View all related stories
Follow Us
Back to top