It’s a small black or white box, elegantly yet simply designed, and it could be in your home soon, making a difference not just to your own electricity bill but helping to secure the system as a whole. 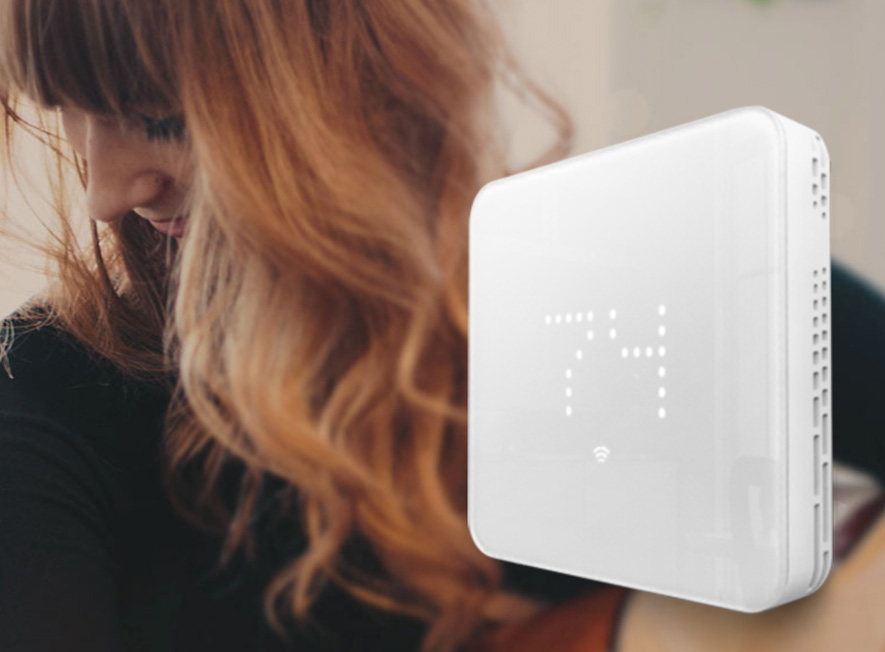 It’s known as the Zen Thermostat and it is one of the weapons in the arsenal of ARENA and energy market operator AEMO as they launch a demand response program.

The three-year trial unveils innovative projects from a range of partners that will help to decrease electricity use during times of peak demand and keep energy supplies stable and reliable this summer.

READ MORE: ARENA IS BRINGING YOU DEMAND RESPONSE FOR THIS SUMMER

It will remove 200 MW of load from the grid – twice as much electricity as provided by South Australia’s much-vaunted Tesla battery.

>For whatever reason, demand response is an idea that can cause some people to feel nervous.

No matter how many times you reassure them they will have full control over their own appliances and energy choices some people worry about what it means to change, even slightly, their energy use.

Michael Joffe just wants you to feel Zen about it. Joffe works for Zen Ecosystems, one of the eight partners in ARENA and AEMO’s round of demand response projects.

Unlike many of the other companies, which include energy retailers and poles and wires giants, Zen Ecosystems’ parent company, Planet Innovation, is a manufacturer of thermostats.

This Australian company, formed in Melbourne, has already been taking demand response to the world, with participation in successful programs in California. Now they are excited to be bringing that knowhow back home.

“Demand response is a big idea that’s been really effective and made a big difference in the US market,” he says.

“Why would you want to build a new power station for those few times a year when there’s peak demand on the grid?”

Joffe says Zen’s mission is to help consumers reduce energy bills and take control of energy consumption through simple, connected products. It helps that the thermostat also looks pretty cool. LEDs show temperature and other information via an intuitive display that simply disappears when it is not in use.

The company’s demand response project involves the deployment of a network of connected smart thermostats in both commercial buildings and residential households that will be controlled by the ZenHQ centralised thermostat control platform.

More than 10,000 customers are expected to participate.

Zen thermostats will be installed in both homes and businesses across Victoria and South Australia. They will then be networked via a cloud platform so that Zen can reduce the energy being used when a demand response ‘event’ is called by AEMO.

Connected thermostats controlling heating, ventilation and air-conditioning are widely used elsewhere in the world to lessen stress on the grid during times of peak demand through methods known broadly as demand response.

“Our project is about heating and cooling systems because they make up the majority of energy use across Australian businesses and homes,” Joffe says.

“We don’t have to necessarily turn off the systems entirely, we just adjust the set points. You will see only a tiny change in terms of comfort but a massive change in energy use as a result.”

This project represents the ability to showcase Zen’s experience as part of the demand response program,  a $28.6 million trial brought to you by ARENA and AEMO.

It is designed to help make sure that the lights stay on this summer (and for many summers to come) during times of peak demand, such as heatwaves.

Additional funding, to the tune of $7.2 million has also been contributed by the NSW Government for projects based in that state.

Businesses who sign up will have their energy use curtailed automatically during a demand response event, according to pre-agreed methods and levels. This cohort will produce 70 per cent of the demand response provided by Zen. Customers can opt out if they do not wish to participate in an event.

“You might find that a retail business has 50 locations across the country that are all using their air conditioners,” Joffe says.

“By reducing slightly the energy used by those heating and cooling systems we can make a big difference to the actual demand on the grid.”

For householders it’ll mostly work differently. A behaviour change program will be run in partnership with a large organisation, soon to be announced, that has access to millions of consumers. This will provide that existing customer base with the ability to choose to reduce their consumption at times when the the grid is stressed.

While there will be an element of automated load control in the residential part of the program, each customer will retain the ability to opt out at any point.

Zen’s technology has been extremely successful in demand response programs in the California market and has shown energy savings of between 10 and 30 per cent, with a customer base including large commercial operators such as a huge retail chain, a market leader in the hotels industry and a leading fast-food retailer.

Two NSW schools are in a class of the... Read more
Demand response
Keeping the lights on in NSW, one smart meter at a time image

The Australian summer is here in all ... Read more
Demand response
How demand flexibility could unlock the renewable age image

How demand flexibility could unlock the renewable age

Using more electricity at times when ... Read more
Demand response
View all related stories
Follow Us
Back to top