Scores of mining leaders have descended on a remote West Australian copper mine to explore the successes and challenges of a world-leading project that shows how Australia’s largest industry can lead the way in adopting renewable energy. 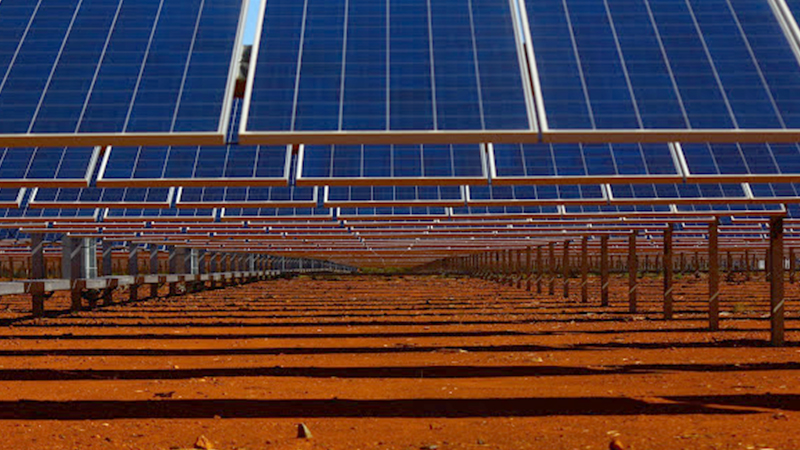 On Tuesday, around 65 people, from around Australia and as far afield as Hong Kong and Singapore, flew to DeGrussa, the West Australian Copper mine 900km north of Perth. Everybody turned up to witness Sandfire’s DeGrussa mine, which has installed a hybrid solar/battery system – the largest of its kind in the world.

The system consists of a 10.6 MW solar array with 6 MW (1.8 MWh) of lithium ion battery storage. Together they are reducing the mine’s consumption of diesel fuel by 5 million litres every year.

The tour, which aimed to showcase the ARENA-funded project and inspire others in the mining industry to follow suit, is part of ARENA’s Knowledge Sharing program.

It aims to expose the broader renewable energy and mining industries to the lessons learnt from the $40 million project, which last year won the ‘Renewables in Mining – Project of the Year’ award at the Energy and Mines World Congress.

Steve Rodgers, the Knowledge Sharing Manager in ARENA’s Projects Division, said the tour was an attempt by ARENA to undertake ‘practical’ knowledge sharing, as a way of inspiring and informing others who may be considering similar projects.

“If you’re working for a mining operation and considering whether a renewable solution is right for your operation, nothing beats being able to touch and feel a real-life example of a renewable-powered mine in action,” Rodgers said.

Following presentations from the system developers and operators juwi and owners neoen, participants toured the 20 hectare solar farm and then walked through the battery installations.

juwi and Sandfire representative were enthusiastically peppered with questions from the guests, who were hungry for information on everything from tracking systems to battery life cycle calculations.

Rodgers said ARENA was thrilled to have convened such a large group for the tour, and was confident the knowledge transferred would lead to greater momentum for change in the mining sector.

“It was so gratifying to see the people participate in proceedings so enthusiastically and engage with each other and the organisers so positively,” he said.

Where do great ideas come from? Is it... Read more
Renewables for industry
Unearthing green resources for the renewable age image

A new resources boom beckons, where A... Read more
Renewables for industry
View all related stories
Follow Us
Back to top