A jobs-rich resources boom could be on the horizon, as global efforts to decarbonise create new markets for renewable Australian hydrogen. 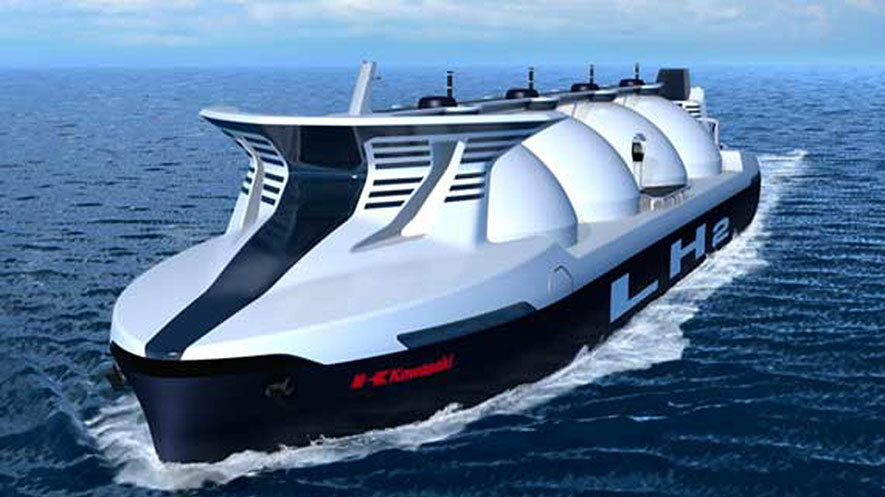 This is a generational opportunity – both to capitalise on the renewable riches of Australia’s wide sunny and windswept lands, and strengthen our position as a global energy superpower.

Able to be produced using renewable energy, hydrogen has been regarded as a fuel of the future since the 1970s, with capacity to power everything from cars to trains, homes and industry. That future is closer than ever as countries strive to meet carbon abatement targets.

Hydrogen is the most abundant chemical element in the universe, present on Earth in water and in many fossil fuels. Today the vast majority of pure hydrogen is produced from fossil fuels for non-energy industrial uses, but that is set to change as some of the world’s largest energy importers embrace new technologies to reduce their emissions.

Led by Australian Chief Scientist, Dr Alan Finkel, the Hydrogen Strategy Group recently received backing from the COAG Energy Council to develop a proposal for a strategy to grow Australia’s domestic and export hydrogen capacity, and use hydrogen technology to build the resilience of our domestic energy system.

Releasing the Hydrogen for Australia’s Future report for COAG, the group identified demand for hydrogen internationally as a cost-effective route to reduce emissions, shipped as liquefied hydrogen or chemically converted into other forms, like ammonia.

The hydrogen could be produced using electrolysis with renewable electricity – which is carbon free – or extracted from fossil fuels like coal or natural gas, with greenhouse emissions captured and sequestered.

Producing zero emissions when burned – just water vapour and heat – hydrogen contains more energy per kilogram than natural gas. The only trouble is hydrogen has not been commercially viable as a carrier of energy… until now.

As the Hydrogen Strategy Group’s report posits, the question is “Why now?”

Australia is uniquely positioned to capitalise on the projected growth in demand. We have some of the world’s best wind and solar resources, together with a proven record establishing supply chains to share our energy with the world.

Our proximity to Asian markets that are amongst the strongest adopters of hydrogen technology gives us a competitive advantage, further helped by close trading relationships built on decades exporting resources and services.

For Australia – the second-largest exporter of coal and soon to be world’s leading exporter of natural gas – the global energy transition presents challenges, but also enormous opportunities.

While there are not yet any large scale hydrogen exporters and hydrogen is not yet commercially viable in the energy sector at large scale, countries like Japan and South Korea are already looking to becoming large scale importers within a decade.

Last year, the Australian Renewable Energy Agency began to grapple with how to capitalise on a future demand for exportable renewable energy.

Having identified exporting renewable energy as one of our investment priorities, and hydrogen as the leading option for doing so, ARENA engaged consultants ACIL Allen to examine the opportunities for Australia to become a hydrogen exporter to meet future global demand.

ACIL Allen’s research confirmed that significant markets for Australian hydrogen could emerge as soon as 2025 – particularly in China, Japan, Korea and Singapore.

The accelerating progress towards hydrogen as a carrier of renewable energy is particularly exciting for me.

Fifteen years ago, before I moved back to Australia and became the founding CEO of ARENA, I was the CEO of a small hydrogen company in California.

The technology to produce and utilise hydrogen in our day-to-day lives existed then and seemed like the answer to power everything. Now we know the best opportunities are in exports and natural gas substitution. According to CSIRO projections, proton exchange membrane (PEM) electrolysis will be able to compete on price with coal gasification (with CCS) as soon as 2025.

Electrolysis also has benefits for the energy system. Firstly, the electrolyser technology is extremely flexible. Producing hydrogen from water using electricity can be powered by renewables, storing surplus energy from sunny and windy periods as hydrogen for future use. Functioning as fast-acting demand management, electrolysis can contribute to grid stability.

Thirdly, producing hydrogen by electrolysis is comparatively simple and flexible. Electrolysers, like batteries and solar installations, can be economic at both small and large scales. Without the need to capture and store emissions, projects can be developed more quickly and at a wide range of locations across the country near solar and wind farms, or where the grid needs localised flexible demand.

As countries around the world look for ways to reduce emissions, the potential value of hydrogen is finally being realised.

No other technology offers the same scope to utilise existing infrastructure to store and transport energy generated by wind and solar, or supply the large existing market for ammonia. The opportunity to distribute hydrogen through the existing natural gas network is enormous, both to store vast quantities of renewable energy and also reduce emissions from natural gas. This could happen by mixing low levels of hydrogen into natural gas at first – up to 10% – with no changes required in the existing systems. Depending on the existing infrastructure, it could be very low cost to move to 100% hydrogen.

The benefits extend to consumers. Like natural gas, hydrogen can be combusted to power household appliances, for example offering the familiarity of a flame for cooking. (ARENA recently announced funding for ATCO’s innovation hub in Perth, where hydrogen will be produced with solar power and tested in household appliances like cooktops and space heaters.)

With three quarters of the coal and gas we extract currently sent overseas, now is the time to lay the groundwork to establish a hydrogen industry to meet the world’s future energy needs.

Japan – one of our biggest export markets – is at an energy crossroad. Since the meltdown at the Fukushima nuclear power plant in 2011, authorities have searched for new low carbon sources of energy.

Today, almost 94 per cent of Japan’s energy is imported from overseas.

Working towards a vision of a cleaner hydrogen society, Japanese authorities are investing heavily to incubate an Australian hydrogen export market. A demonstration project was announced earlier this year in Victoria, and the Queensland Government recently committed $750,000 to a feasibility study into exporting hydrogen produced with solar in central Queensland through Gladstone’s gas terminal.

The projects will test the supply chains needed to realise the Government of Japan’s vision for a ‘hydrogen society’ in time for the 2020 Tokyo Olympics. Tokyo’s Governor Yoichi Masuzoe has promised that this will be the legacy of the 2020 Olympics, as the Shinkansen bullet train was from the 1964 games.

For countries like Japan and South Korea that are almost entirely reliant on imported fossil fuels to meet their energy supplies, hydrogen provides the best chance to reduce emissions.

For Australia, growing demand for hydrogen provides a unique opportunity to create a new industry, rich in jobs.

The scenarios modelled by ACIL Allen show a potential hydrogen industry could employ as many as 16,000 people by 2040. In the medium demand case, almost 2800 FTE jobs will be created as soon as 2030. These jobs would likely be located in regional areas.

Under the high demand scenario, supplying the Japanese market alone is projected to generate $3.6 billion in revenues for Australian suppliers by 2030. This would rise to $8.4 billion by 2040.

Growing demand from South Korea, Singapore and China collectively is expected to deliver a further $1.16 billion to Australian suppliers by 2030, rising to $4.6 billion by 2040.

We are in a race with other countries that are hungry for a slice of that pie – Saudi Arabia, Norway, Brunei and others are exploring the possibility of exporting hydrogen, but we are well positioned as world leaders in capturing energy export markets.

It is important that we start laying the groundwork now. If we act soon there is an opportunity to have supply chains in place by 2025 and grow our hydrogen export capacity over the coming decades.

Australia has great wind resources and the highest level of per capita solar, so now is the time to find a way to export that energy to the world.

Funding has been announced for projec... Read more
Hydrogen energy
Rewired podcast: Is there a role for renewable gas in our homes? image

Rewired podcast: Is there a role for renewable gas in our homes?

Green hydrogen offers a renewable alt... Read more
Hydrogen energy
Can we use hydrogen as an energy source? image

Can we use hydrogen as an energy sour... Read more
Hydrogen energy
Biodiesel and bitumen to be made from wood waste image